Shape of confidence interval for predicted values in linear regression 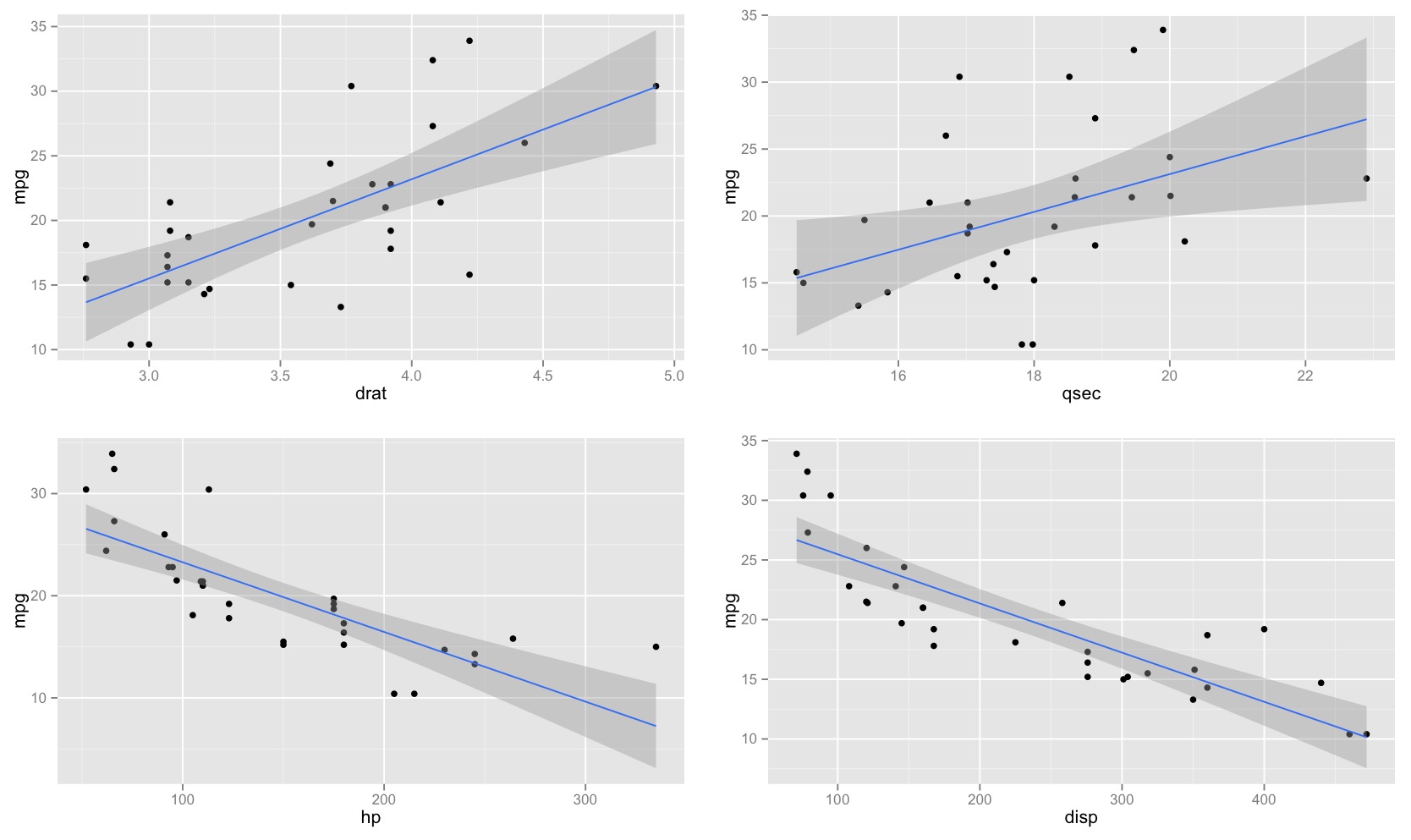 is anyone able to explain why confidence intervals for the predicted values in an linear regression tend to be narrow in the middle and fat at the extremes?

Both confidence intervals and prediction intervals in regression take account of the fact that the intercept and slope are uncertain - you estimate the values from the data, but the population values may be different (if you took a new sample, you'd get different estimated values).

If the line went through that $(\bar x, \bar y)$ point, but the slope were little higher or lower (i.e. if the height of the line at the mean was fixed but the slope was a little different), what would that look like?

You'd see that the new line would move further away from the current line near the ends than near the middle, making a kind of slanted X that crossed at the mean (as each of the purple lines below do with respect to the red line; the purple lines represent the estimated slope $\pm$ two standard errors of the slope). 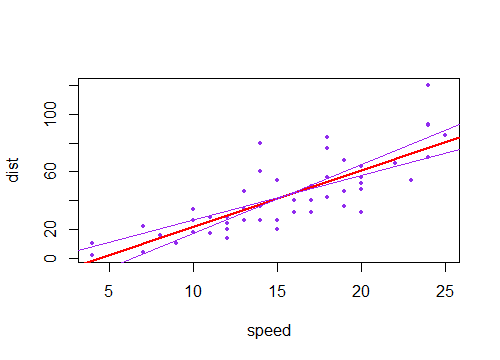 If you drew a collection of such lines with the slope varying a little from its estimate, you'd see the distribution of predicted values near the ends 'fan out' (imagine the region between the two purple lines shaded in grey, for example, because we sampled again and drew many such slopes near the estimated one; We can get a sense of this by bootstrapping a line through the point ($\bar{x},\bar{y}$)). Here's an example using 2000 resamples with a parametric bootstrap: 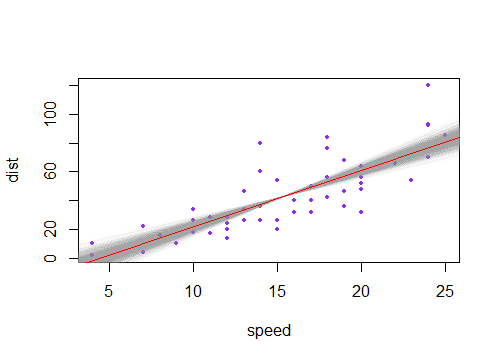 If instead you take account of the uncertainty in the constant (making the line pass close to but not quite through $(\bar x, \bar y)$), that moves the line up and down, so intervals for the mean at any $x$ will sit above and below the fitted line. 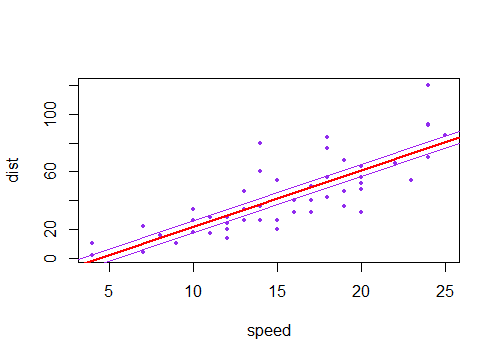 (Here the purple lines are $\pm$ two standard errors of the constant term either side of the estimated line).

When you do both at once (the line may be up or down a tiny bit, and the slope may be slightly steeper or shallower), then you get some amount of spread at the mean, $\bar x$, because of the uncertainty in the constant, and you get some additional fanning out due to the slope's uncertainty, between them producing the characteristic hyperbolic shape of your plots.

Now, if you like, we can consider a little algebra (but it's not essential):

It's actually the square root of the sum of the squares of those two effects - you can see it in the confidence interval's formula. Let's build up the pieces:

A little simple manipulation gives the usual term for the standard error of the estimate of the mean value at $x^*$:

If you draw that as a function of $x^*$, you'll see it forms a curve (looks like a smile) with a minimum at $\bar x$, that gets bigger as you move out. That's what gets added to / subtracted from the fitted line (well, a multiple of it is, in order to get a desired confidence level).

[With prediction intervals, there's also the variation in position due to the process variability; this adds another term that shifts the limits up and down, making a much wider spread, and because that term usually dominates the sum under the square root, the curvature is much less pronounced.]

The accepted answer brings indeed the necessary intuition. It only misses the visualization of combining both linear and angular uncertainties, which refers very nicely back to the plots in the question. So here it goes. Let's call a' and b' the uncertainties of a, and b, respectively, quantities commonly returned by any popular statistics package. Then we have, apart from the best fit a*x + b, four possible lines to draw (in this case of 1 covariate x):

These are the four collored lines in the graph below. The black thick line in the middle represents the best fit without uncertainties. So to draw the "hyperbolic" shadings, one should take the maximum and minimum values of these four lines combined, which are in fact four line segments, no curves there (I wonder how exactely these fency plots draw the curving, doesn't seem any accurate to me).

I hope this adds something to the already nice answer from @Glen_b. 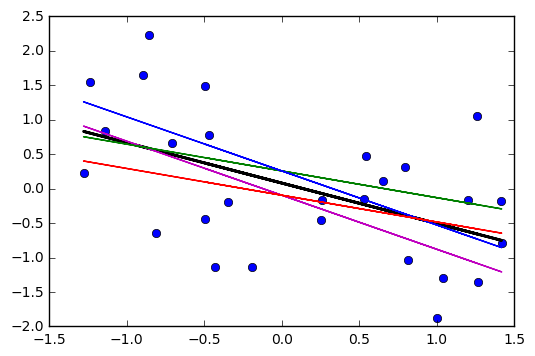 An even simpler answer is to look at the formula for the confidence interval around a certain point, x:

We can see that in the second squareroot term, we have $(x-\bar{x})^2$. Therefore, the farther away from the empirical data mean for x-values, the larger this quantity will be.