Why do a density plot and a rug plot seem to disagree?

The second peak of the density plot is large in this example. Why does the rug representation of the data--which seems to show few high values--not appear to match the much higher density estimated there?

How can one make rug plots less misleading? 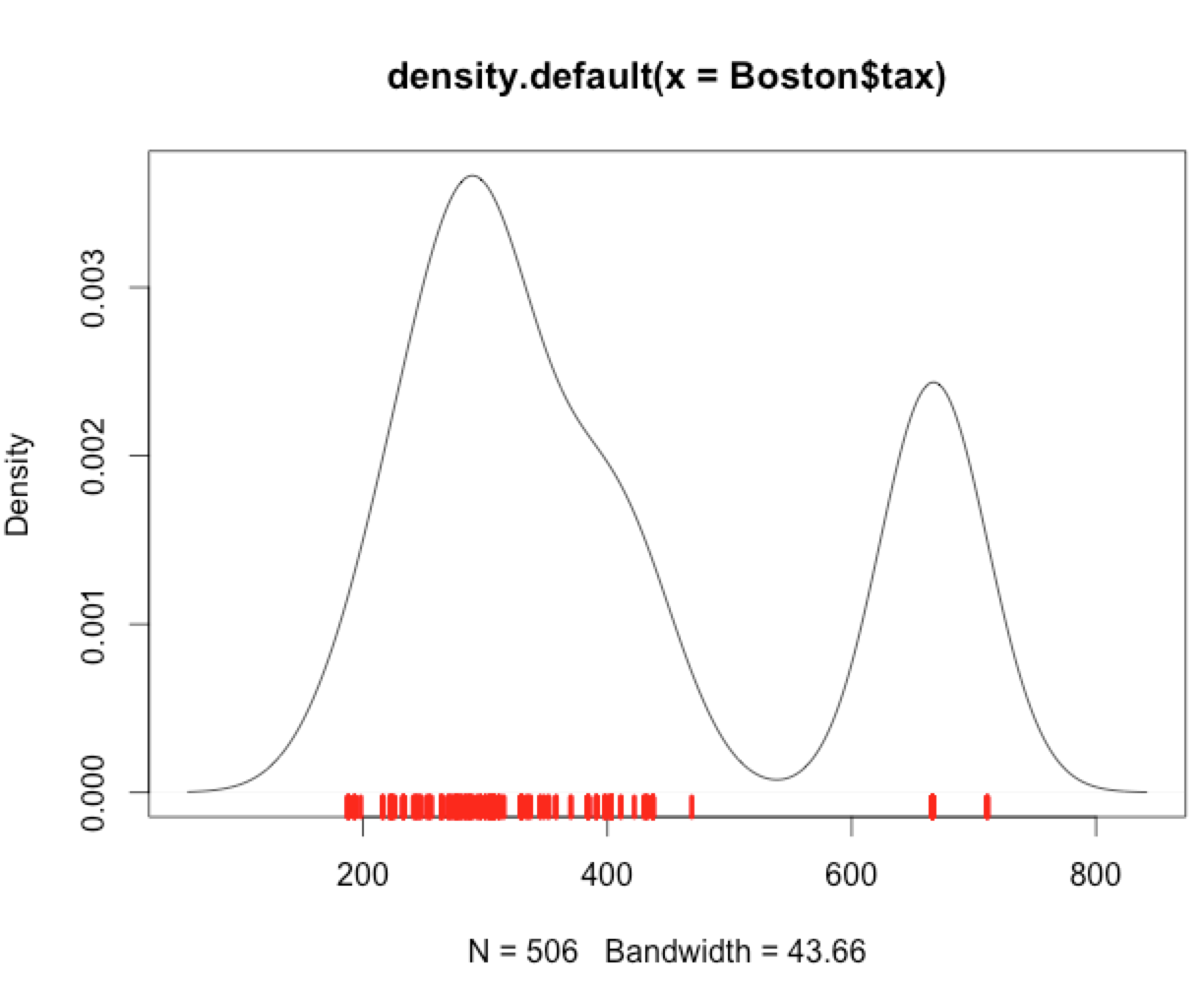 So if the area of the density plot to the left is about twice the area to the right, then that could reasonably be taken as representing the distribution. Visual inspection suggests this might be what is happening.

A more accurate representation would have the right peak much higher and narrower, and this could be achieved by adjusting the parameters.

For example with a much narrower bandwidth for the density function and some manual jitter: 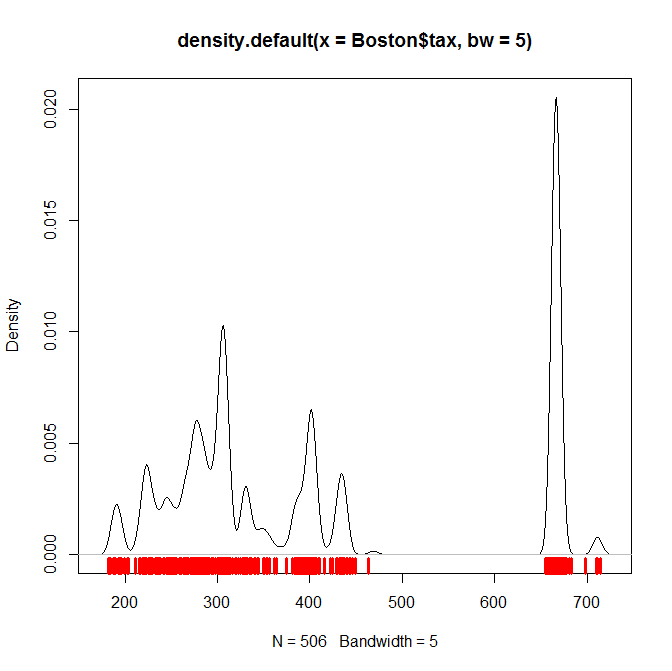 The way to make a rug plot less misleading is often to use something different instead. Rug plots necessarily are relatively good at showing distinct values and very poor at indicating their relative frequency.

Here is a spike representation of the frequency distribution of the data used in the original post. The principle is that often used to show discrete distributions, a spike proportional in height to the frequency of each distinct value. The Boston data as available and documented here were read into Stata and the spikeplot command used. Something similar should be trivial in all good statistical software. If you like, this is a hybrid of a histogram and a rug plot, although historically graphs of this kind may long predate rug plots. 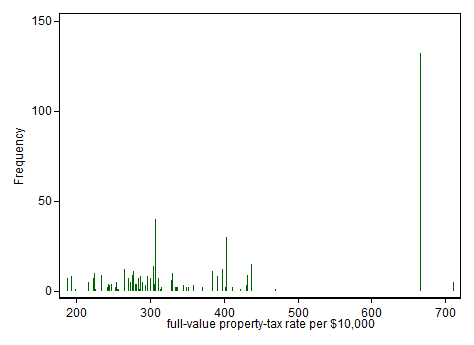 Stata documentation for spikeplot, including, more to the point of this question, further examples of such graphs, is accessible here

Not the answer you're looking for? Browse other questions tagged r data-visualization density-function or ask your own question.

15
What is the name of this plot using vertical lines to show a distribution?
3
Appropriate data transformation
4
Why do means appear outside the boxplot?
0
Clear pattern in the residual vs fitted values plot

1
Plotting a gaussian mixture with pdf values >> 1 in MATLAB
5
Pie charts vs. dot plots
17
Alternative to sieve / mosaic plots for contingency tables
6
Ftting a mixture of two Gaussians
4
Is an auto-correlation plot suitable for determining at what point time series data has become random, and how does one interpret the plot?
2
How to interpret significant factors in a GLMM gamma model that appears to be good but predicts poorly the observations?
2
Partial dependence plot for glm in r -- why linear?