How to generate Normal variables parts of which are correlated (in R)?

My second attempt to explain the question.

Start with a vector of numbers V1 of length M. The elements of V1 form a Normal distribution. Take (any) N elements from this vector. Generate a replica of this subset with some random error. Call this V2. Add to V2 elements so it becomes of length M and so that all M elements in V2 form a Normal distribution. As a result, V1 and V2 must be two normal random variables with one part that is correlated and one part which is not correlated across the two variables. And the resulting variables must have (the same) predefined mean and standard deviation.

My approach has been the following (in R):

The remaining problem is that for now the correlated elements of x and y are normally distributed which is admissible but should not be necessary. In other words, how to attach elements to any collection of numbers so that the resulting set has a normal distribution?

If that would clarify things, in reality the data I am trying to simulate comes in the following form: people assign a fixed number of statements (based on agreement with the statement) into bins which follow a quasi-normal distribution. It is suspected that people score (assign) a subset (but not all) of these statements in a very similar way. I want to simulate such data in order to explore the power of different statistical tools to detect such data structure.

Just thought to throw it out there. If you are by chance interested in specifying a correlation between 2 independent variables (of any kind), it is possible to use the correlate package to do so (it uses rejection sampling to provide a practical, natural, multivariate distribution).

You (presumably) don't mean 'sum' there, but in any case need to more explicitly detail what 'combine' means. Please be explicit, either via algebra or a concrete example.

I take it what you actually need is that the marginal distributions of the correlated and uncorrelated parts are the same.

This is easily achieved.

If you simulate standard normal random variables $X$, and $Z$ then $Y=\rho X +\sqrt{1-\rho^2}Z$ is also standard normal but correlated with $X$ (with correlation $\rho$).

If you then generate the uncorrelated variables also to be standardized, you can then scale to any desired mean and variance without affecting the correlation structure.

In R, you can take advantage of a call to mvrnorm in the package MASS (there are other functions in other packages that will also do it). 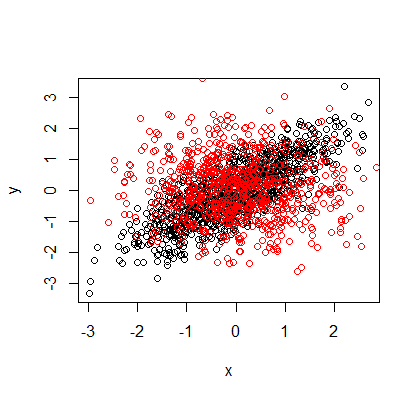 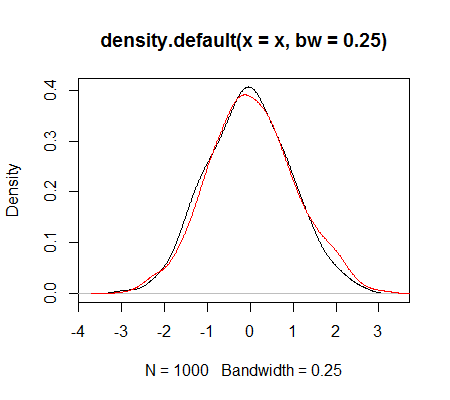 Not the answer you're looking for? Browse other questions tagged r correlation normal-distribution simulation random-variable or ask your own question.