Why not use Beta(1,1) as boundary avoiding prior on a transformed correlation parameter?

If the plan is to summarize inference by the posterior mode of $\rho$ [the correlation parameter in a bivariate normal distribution], we would replace the U(-1,1) prior distribution with $p(\rho) \propto (1 - \rho)(1 + \rho)$, which is equivalent to a Beta(2,2) on the transformed parameter $\frac{\rho + 1}{2}$. The prior and resulting densities are zero at the boundaries and thus the posterior mode will never be -1 or 1. However,...the prior density for $\rho$ is linear near the boundaries and thus will not contradict any likelihood.

Below is a plot of the PDF for the Beta(2,2) distribution. 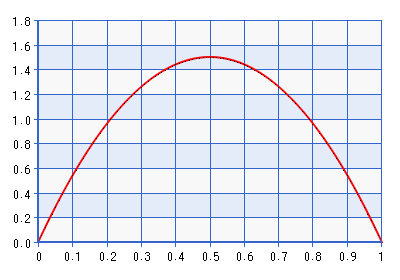 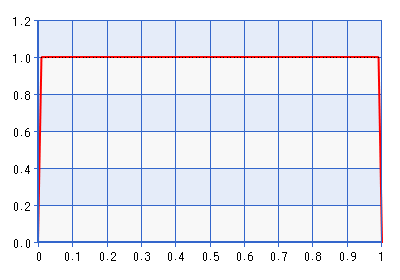 The trouble with this prior, of course, is that the density drops very sharply near zero, which may contradict the likelihood of it points to a space that is very very near a boundary. Which brings me to my question:

Why not just set the prior of the transformed correlation parameter to Beta(1,1)? Because the beta distribution density is zero for $\frac{\rho + 1}{2} = 0,1$, this is equivalent to the uniform distribution over the open interval (-1,1) rather than the closed interval [-1,1], and so is it not a boundary avoiding prior, and is it not preferable to a prior that places fairly strong belief in the probability that $\rho = 0$, which is only desirable if you actually have that belief?

More generally, isn't using the beta distribution by definition a boundary avoiding prior because its support is $0 < \frac{\rho + 1}{2} < 1$?

The book wants the prior to be linear at the boundaries, which uniquely selects Beta(2,2) out of all Beta distributions. But the book never precisely explains why linearity is so important.

Not the answer you're looking for? Browse other questions tagged bayesian prior posterior mode or ask your own question.

10
What is the meaning of the density of a distribution at a point?

3
Forecasting Bayesian GARCH(1,1) volatilities
6
Bayesian inference on the correlation parameter of a bivariate normal
2
Show posterior mean can be written as a weighted average of the prior mean and MLE
1
Find the prior distribution for the natural parameter of an exponential family
3
How does Prior Variance Affect Discrepancy between MLE and Posterior Expectation