What do you do after testing if two non-normal distributions differ?

This is a follow up question to "How do I test if two non-normal distributions differ? 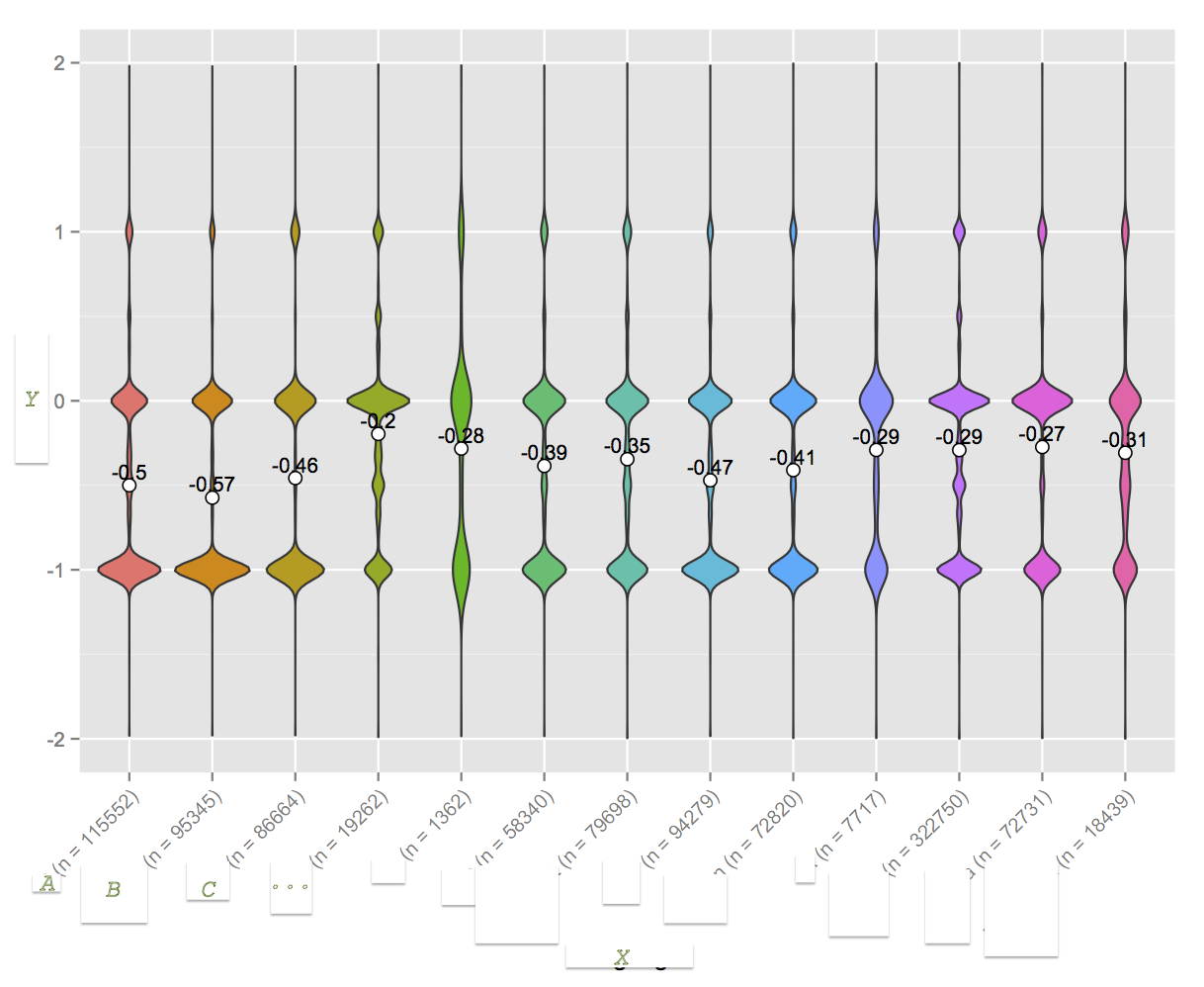 . According to the previous question, I should do the following.

I found that all p-values are practically 0. At first, this did not seem right. For example, distributions A and B look very similar. (Subquestion: Should I use alternative = "greater" in R for example? I would like to roughly argue that D is greater than A.) Now, based on another question, I believe that this is due to the fact that my sample sizes are so large. Based on that same question, it appears that I need to calculate the effect size.

I followed these instructions. I obtained tiny effect sizes, for example, 0.00005. How can I interpret these values? I obtain "tiny" effect sizes even when comparing A and D, which to me, look like very different distributions.

To address @whuber's comment, I would like to state that D > L > K > J > ... > [A,B,C]. In other words, that those in D are generally larger than those in L. In the case of A,B,C, I would have to say that there is no significant difference. But again, I would like to an argument based on statistics not just visual observation.

It's not clear to me what that particular 'effect size' is measuring. Its not a measure of the location difference, nor the probability that one sample is greater than the other, nor is it even a form of Z-score. I'm baffled as to why it would be useful; someone may be able to enlighten both of us.

There are two obvious measures of how different the two distributions differ that are related to the Wilcoxon-Mann-Whitney.

See also this answer for more discussion of the two alternative measures of difference.

Not the answer you're looking for? Browse other questions tagged r distributions effect-size wilcoxon-mann-whitney or ask your own question.

22
What exactly does a non-parametric test accomplish & What do you do with the results?
13
How do I test if two (non-normal) distributions differ?
4
Mann-Whitney U test with very large sample size?
5
Difference of 'centers' of 2 non-normal samples with Mann-Whitney test
2
Wilcoxon rank sum test methodology