Before asking, I read similar questions, but none of them lead to satisfying answers for my specific interest.

I want to homogenize a climate time series of precipitation of the Dominican Republic over 64 years (1940-2003). For that, it is really important to select a reference series among a group of candidates. 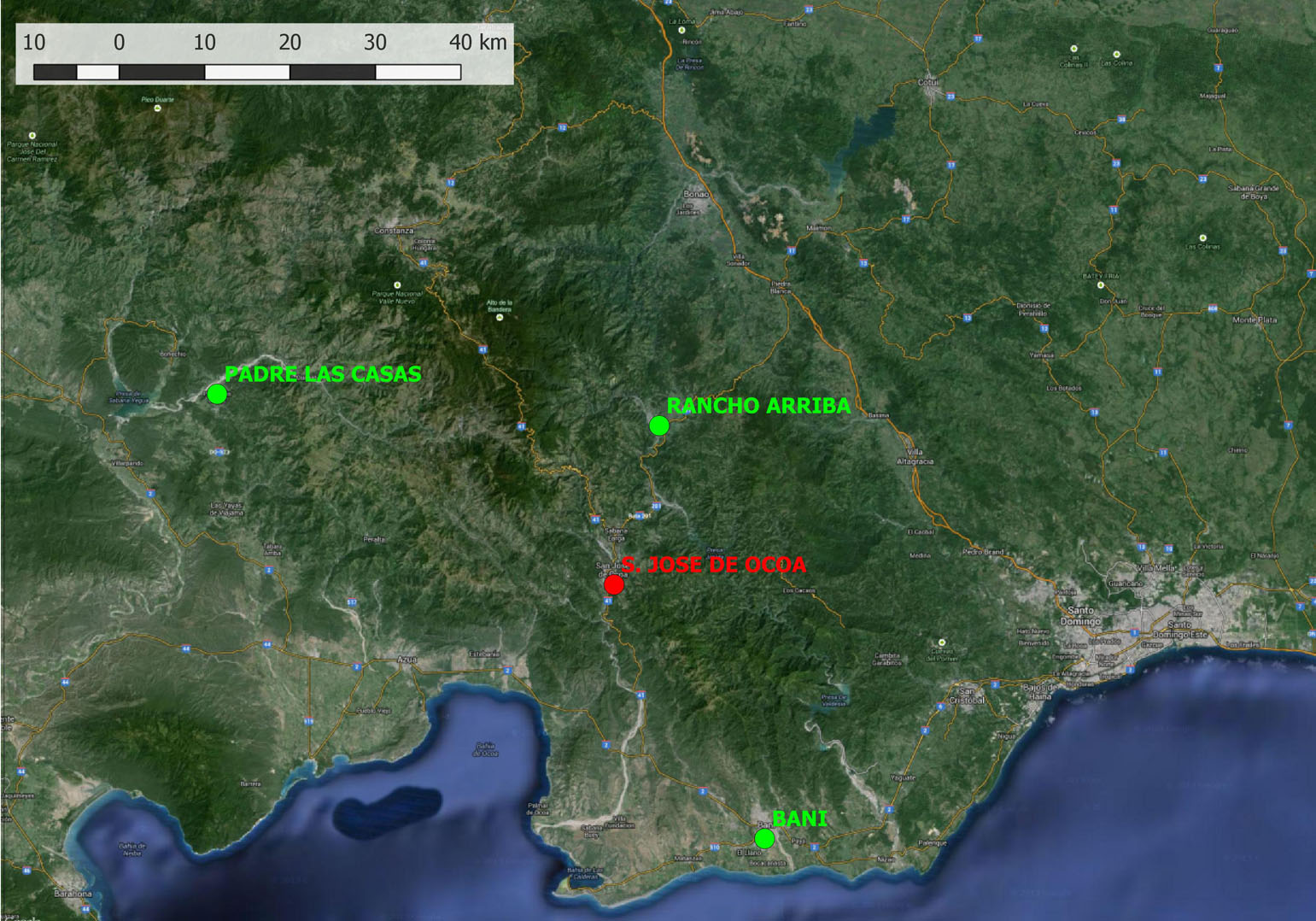 As can be seen in page 1 of this PDF file, correlation was calculated for the whole time series (1940-2003). For raw precipitation and Box-Cox transformed values, bani is the best correlated with sjo (yellow background cells shows the maximum correlation index). Notice that for raw precipitation, bani is significantly more correlated than others. For normalized difference, ra is only a bit more correlated than the rest. However, each candidate station has a statistically significant correlation index with sjo at the $\alpha=.05$ significance level, suggesting ANY of them could be used as a reference series.

This is a bit confusing, so I was unsatisfied and decided to make a more detailed analysis, splitting the series in 5-year period intervals, and evaluating correlation between series for the same 3 variables: raw precipitation, normalized difference and Box-Cox transformed.

Tables from page 2 to 8 in the PDF show the results of these partial correlations; the last page summarizes the times each station has had the maximum correlation value for each variable. As can be seen, bani is the most frequently correlated value for the 3 variables analyzed (in all cases, more than 7 times of the twelve 5-year periods analyzed).

With these results, I think that bani is the best candidate as a reference series of sjo, but I'm not sure about it. Is the five-year period analysis OK? Should I perform some other analysis?

how about you try a Two-Way Anova AND a pairwise test whether with your yearly data and/or the 5 year-period-intervals. You may also do this with the raw, normalized data or Box-Cox data.

Idea is, that you can look for any non-significant (for the reference station) difference between the distributions of precipitation per station.

Not the answer you're looking for? Browse other questions tagged time-series correlation or ask your own question.