Testing for weak instrument: include intercept in regression of instrument?

When you want to use the IV (instrumental variable) estimator, you typically first test if you have a strong instrument.

You do so by regressing the (endogenous) predictor against the instrument. With the regression coefficient, you can calculate the F statistic.

My question is: do you have to include an intercept in this regression model? In all the formulas I find, there is no intercept included.

But this would not be meaningful? Below is the regression of my endogenous variable on the instrument, with no intercept, which leads to a wrong conclusion about the regression coefficient? 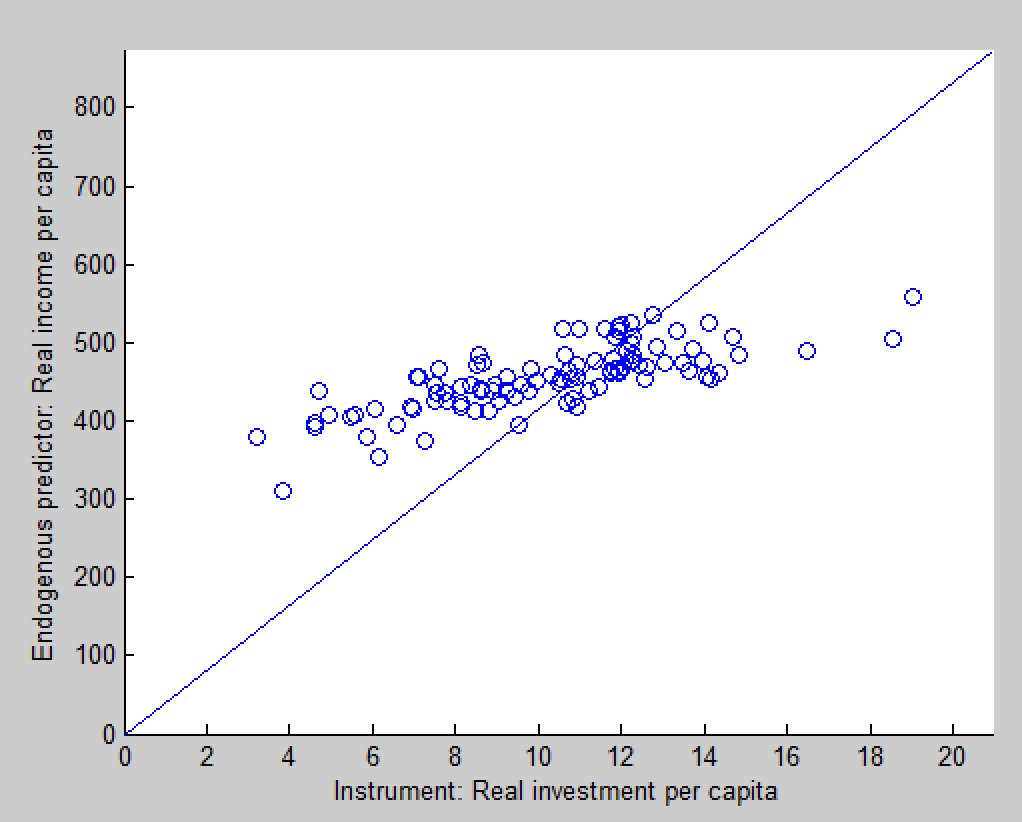 What is mostly the case in books and articles is that if they specify a first stage like $$y_2 = X'\beta + Z'\pi + \nu$$ it is implicitly assumed that the vector of covariates $X$ includes a constant, i.e. $X = (\alpha, x_1, x_2,..., x_k)$. So long story short: there should be an intercept in both the first and second stage (as well as the $X$ should be the same in both first and second stage, I just omitted them from the bias proof above for simplicity).