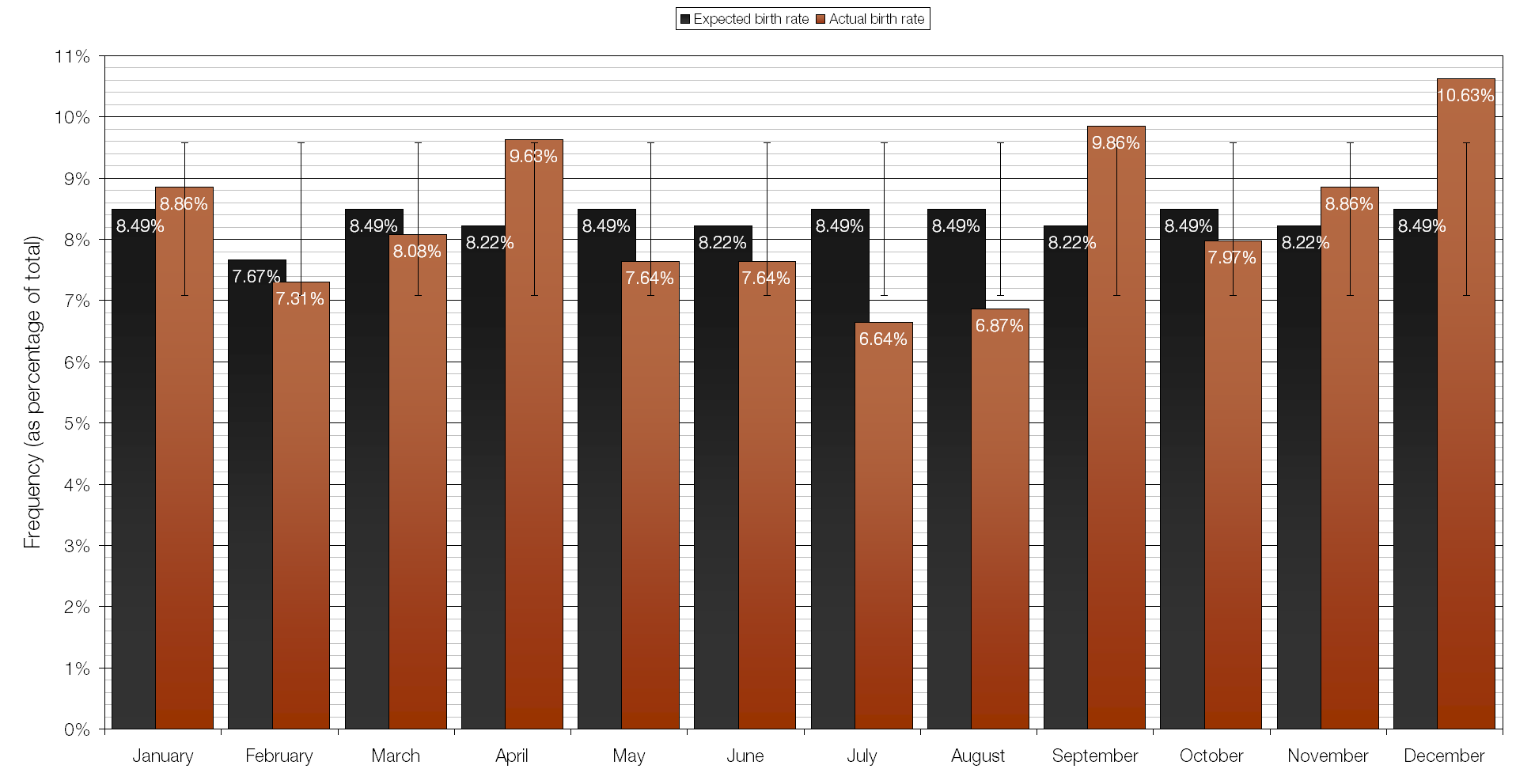 3
Probability of Unique Minimum (Discrete)
7
Birthday "Paradox" -- with a different perspective
3
Two women, same due date, giving birth on same day?
4
Birthday Paradox: does it count if people are born in the same year?
7
How many Americans, randomly chosen, are needed to have a 50% chance two live in the same or adjacent states?
4
Birthday paradox: How to estimate the probability of two or more people in a group of 30 sharing a birthday?
14
What is the probability of 4 person in group of 18 can have same birth month?