How to obtain a p-value for the eta measure of association?

How can a P-Value be obtained for an analysis of Eta association? Is there a reference for this?

Given that your previous title mentioned nominal and numerical, I assume you are talking about the effect size measure eta-squared. Eta-squared is the sample proportion of variance explained in a numerical variable by a categorical predictor variable. It is a biased estimate of the population variance explained (for a relatively unbiased estimate, I've often seen omega-squared recommended).

A p-value could be obtained by running a one-way between subjects ANOVA. 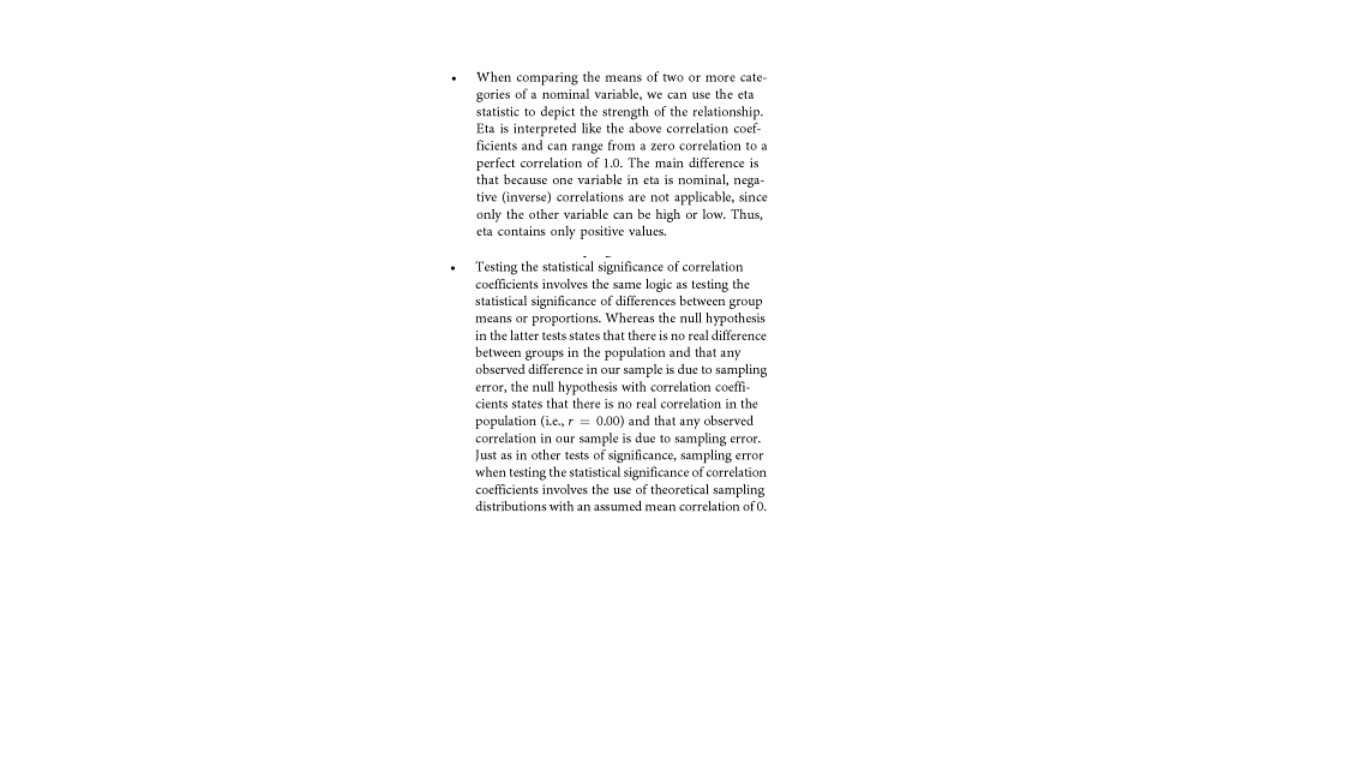 I think "Statistics for Evidence-Based Practice and Evaluation" is a good book... (Please save this image and see it)

Not the answer you're looking for? Browse other questions tagged correlation p-value association-measure or ask your own question.

2
Is ETA a good measure for computing the efect size between an ordinal and a nominal variable?
3
How to measure association of nominal values for few observations?
5
How do I convert $\eta^2$ to Pearson's r?
7
What's the name of this correlation/association measure between binary variables?
1
How to measure the association/correlation between two unordered category distributions
7
A formal definition of a "measure of association"