We have a random number generator which is supposed to generate 64 bit floats, uniformly.

We want to test whether it is a good uniformly random.

I am not asking the general way to test it, as it was asked here https://stackoverflow.com/questions/22916519/test-the-randomness-of-a-black-box-that-outputs-random-64-bit-floats.

As I understand, the first step for the test is to somehow divide the whole range into equal sizes like bins, then we keep generating and see the number of "balls" falling into each bin.

My question is about this first step.

How should I split the whole range of 64 bits float?

My idea is to utilise the 64 bits. Can I design the equal size bins like this:

First, the control case. The plot of the bins of bits for integers is just as you suggested, with each bin $\approx N/2$. 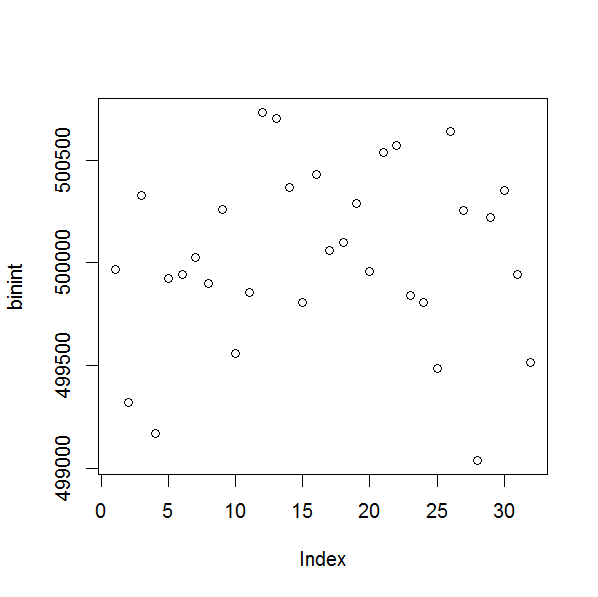 Now for the floating point numbers. A plot of the sorted numbers is a straight line, indicating that they would pass the Kolmogorov–Smirnov test for uniformity. 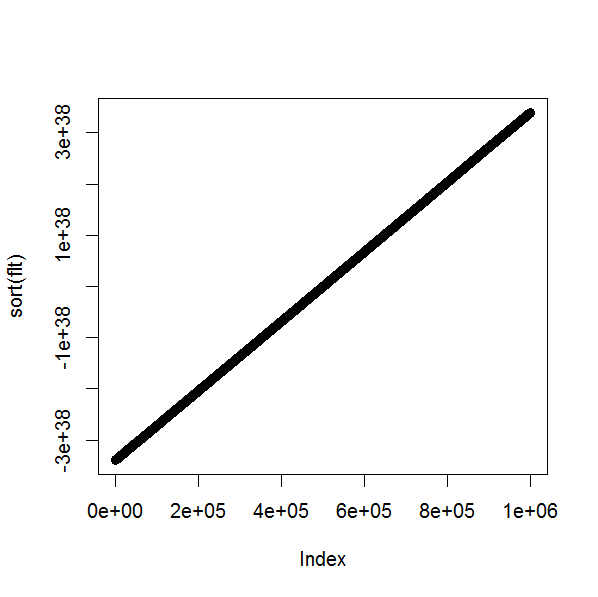 But the bins are definitely not uniform. 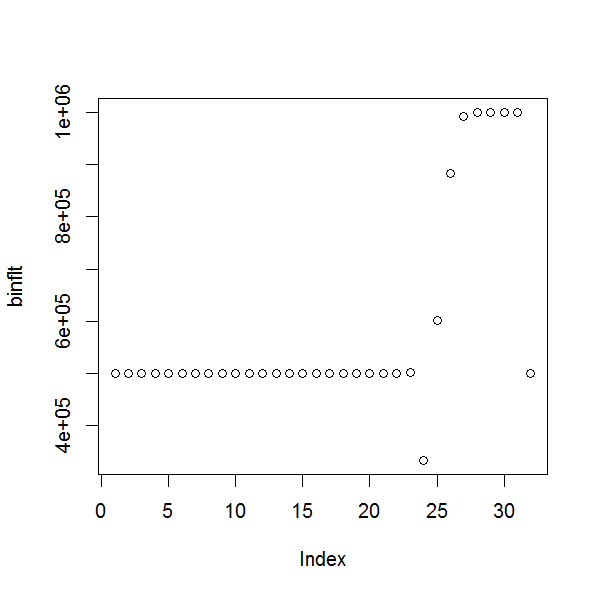 If you plot only bins 1 to 23 together with bin 32, you do get bins $\approx N/2$, but bins 24 to 31 show a clear increasing pattern. These bits corresponds precisely with the bits for the exponent in 32 bit floating point numbers. The IEEE single precision floating point definition stipulates

It would be possible, with some care, to use an approach like this to get the expected frequencies for each bin in the binary exponent of a floating point number, and use this in a $\chi^2$ test, but Kolmogorov–Smirnov is a better approach in theory and easy to implement. Nevertheless a test like this could pick up distributional biases in the implementation of a random number generation that Kolmogorov–Smirnov might not. For example, when I first tried generating 64 bit double precision floating point random numbers in C++, I forgot to change to a 64 bit Mersenne Twister engine. The sorted numbers give a straight line plot, but you can see from the plots of the bins of the bits that the 64 bit Mersenne Twister engine is superior to the 32 bit one (as you would expect). 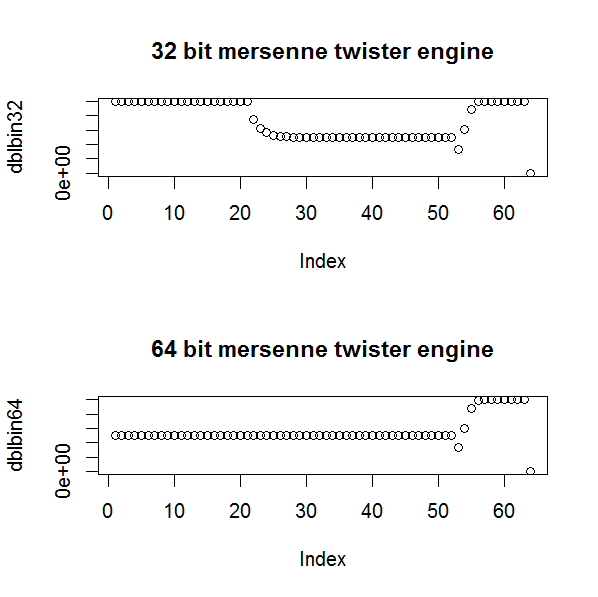 (Note in both cases that the last bit, the sign bit, is zero, due to the difficulties of generating random numbers across the whole range.)

have you looked at A Statistical Test Suite for Random and Pseudorandom Number Generators for Cryptographic Applications by NIST?

I think it's a great place to start your analysis.

Not the answer you're looking for? Browse other questions tagged chi-squared-test random-generation uniform-distribution or ask your own question.

0
How can I do a chi-square test without being given the critical value table?
2
Taking many uniform random samples from very skewed distribution
5
Random number generator that returns unique 64-bit numbers in sorted order
0
Entropy estimation with fewer data lines than bins
2
Measure that takes samples that is minimized in expectation for a uniformly-distributed random variable?