I would like to seek your help with some questions to simulating extreme values. For example, I have written the following R code to generate QQplots for a normally distributed data, varying the size of the sample from 10 up to 1B. As seen in the graph as below, I had to go up to 1B samples to see extreme values @ 6 Sigma from the mean.

Question1: I am interested in extremes values only (tails). Though MC sampling generates most of the data close to the mean and I am wondering which method I can use to crate a few (up to a thousand maybe) samples and yet get some extreme values up to 6 sigma from mean.

Question2: the QQplot seems to be significant only after ~ 1K points. Also, no matter the sample size, the QQplot always shows some tail-offs. this must be some sampling error but I'm not sure. Would you please point me to any literature that explains this behavior ? 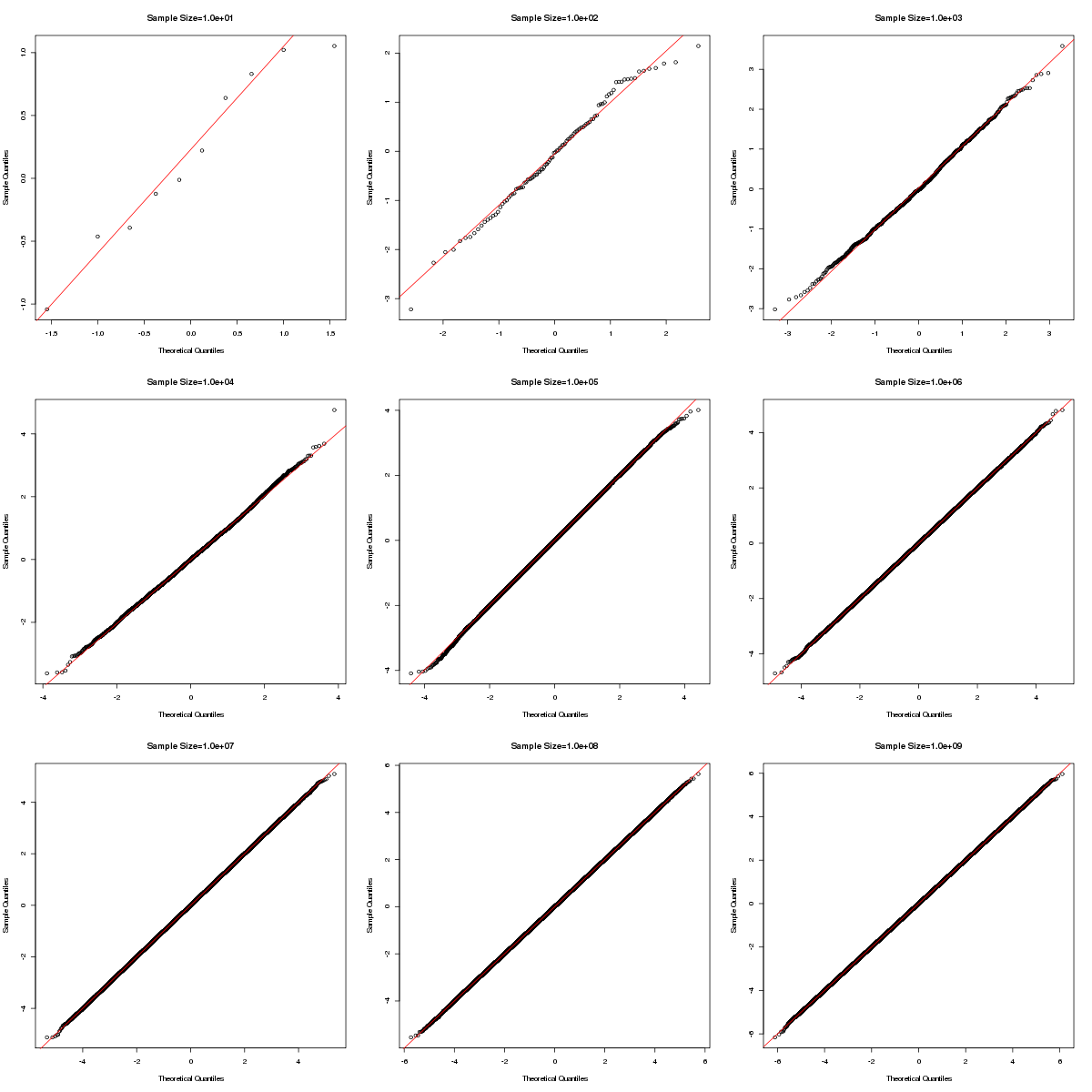 If you want a random sample from a normal distribution that contains such extreme events, then you'll have to generate very large samples, although you might occasionally observe them in smaller samples.

Alternatively, you could rely on extreme value theory and use the Generalized Pareto distribution (GPD) to approximate of the tail of the normal distribution, and sample from the GPD.

Not the answer you're looking for? Browse other questions tagged monte-carlo extreme-value qq-plot or ask your own question.