Kruskal-Wallis Test and Mann-Whitney U Test

I have a three samples of data where each has a non-normal distribution: 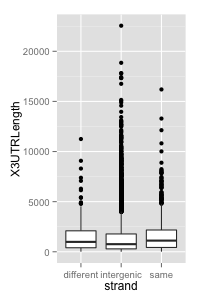 I want to determine whether the samples differ. Therefore I apply the KW test and it gives me a significant value, i.e. the samples come from different populations?

This however, doesn't tell you anything about which are different. Therefore to compare two of the samples, the MWU test can be applied to each of the samples, i.e. three MWU tests are needed.

This has given me pause for thought:

1) Is it acceptable to apply the MWU test separately to each of the populations? Could this increase the false discovery rate? (Although I appreciate I don't have a large amount of populations to compare)

2) Would there be any point in using the KW test, if I am subsequently going to apply the MWU test to each of the samples?

1a) Is it acceptable to apply the MWU test separately to each of the populations?

Nope: (1) the rank sum test (i.e. $U$ test) ignores the specific rankings used to inform the inference in the Kruskal-Wallis test, and bases inference on a different set of rankings; (2) the rank sum test does not employ the pooled variance implied by the null hypothesis in the Kruskal-Wallis test (think about the t tests post hoc to a one-way ANOVA: they require pooled variance, right? Same here).

Dunn's test, the Conover-Iman test, and the Dwass-Steel-Crichtlow-Fligner test are all designed to address (1) and (2). Dunn's test is perhaps more frequently implemented in statistical software.

1b) Could this increase the false discovery rate? (Although I appreciate I don't have a large amount of populations to compare)

Yup. All the same issues with multiple comparisons arise, so you are correct to be concerned about the familywise error rate, or the false discovery rate. Dunn's test and the Conover-Iman test both permit multiple comparisons adjustments (pick your favorite approach). The DSCF test has control of the FWER built into it, in such a way that I think it would be difficult to subsequently apply FDR-controlling methods.

2) Would there be any point in using the KW test, if I am subsequently going to apply the MWU test to each of the samples?

This is a more general question about the nature of omnibus tests relative to post hoc tests, and I refer you to the literature. Off the bat, I can think of two reasons to perform an omnibus test prior to conducting post hoc tests:

I don't find these especially compelling. How do you normally think about, for example, conducting a one-way ANOVA? The same reasoning applies here. If you have already decided on the two-way tests a priori I suppose you can ignore the Kruskal-Wallis (although, when considering which pairwise test to use, I might give some serious thought to two points I made in my answer to 1a).

Not the answer you're looking for? Browse other questions tagged distributions nonparametric wilcoxon-mann-whitney-test kruskal-wallis-test or ask your own question.