Proportionality of significance and effect size

Is it true that, given a fixed sample size N, it can be said that some measure of effect size and the measure of statitical significance (e.g., 1-p) are proportional? In other words, that, when keeping sample size constant, in order to reach significance you need to be trying to prove an effect that is large enough.

And is it correct to (simplistically) summarise the relationship between the three concepts (effect size, sample size, and statistical significance) with the following graph, which essentially describes the old adage "with large sample sizes, small effects become significant" 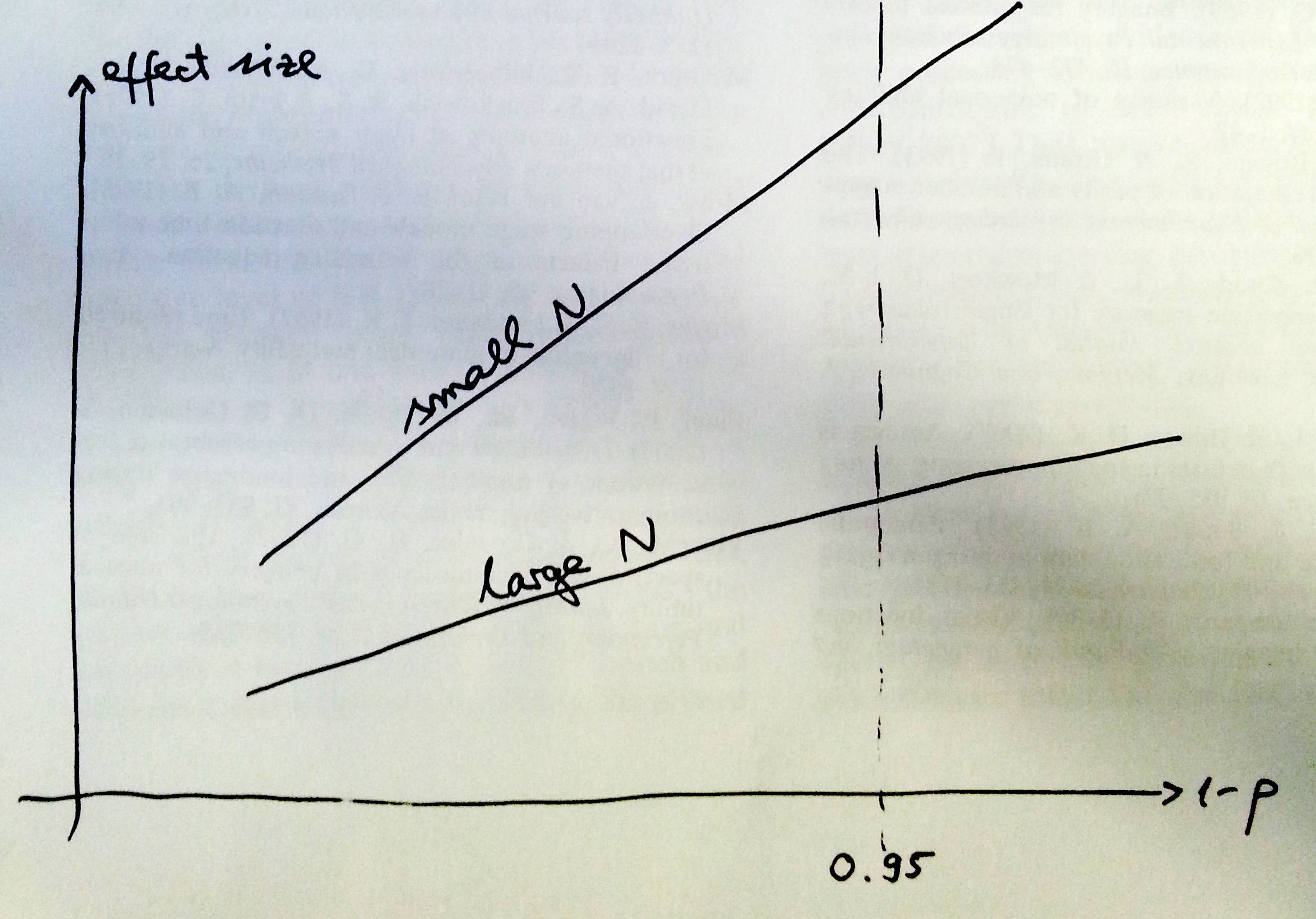 statistical-significance sample effect-size power
share|cite|improve this question
edited May 5 '14 at 19:25

As an example, look at the relationship between t, p and d in the t-test.

p is defined as the probability of obtaining a test statistic this or more extreme, if the hypothesis under test is true. It is inversely related to both the sample size and the test statistic - in this case, t. Conversely, t ~ 1-p and n ~ 1-p.

Note that an effect size (such as r) is a descriptive statistic, a property of the sample. It is not inferential. To support a claim about the population, confidence intervals over effect sizes can be used.

Not the answer you're looking for? Browse other questions tagged statistical-significance sample effect-size power or ask your own question.

4
Interpretation of power and detectable difference
4
If the level of a test is decreased, would the power of the test be expected to increase?
2
How to calculate power of different normality tests such as Shapiro-Wilk, Ryan test etc