Is there any model that includes random effects with non-parametric data distribution?

I do have four different groups with a total N of 328. The dependent variable ranges from 1 to 9. I performed a Shapiro-Wilks tests with this dependent variable for the four groups and all tests were highly significant. I have done some model validation using lme model including the four different groups as a fixed effect and another factor as random effect. The Q-Q plot of this model shows a big bulge at the beginning therefore I assumed that I cannot use the model. The other plots look somehow fine. Please, let me know what else I have to state as I am not really familiar with blogs!

Histograms of the log-transformed dependent variable sorted by the four groups that I want to use as a fixed effect for my model: 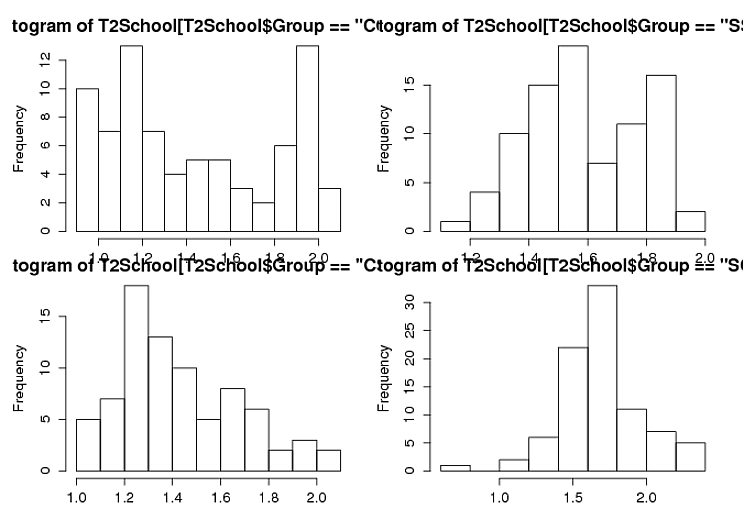 This is the model validation of the model I applied.I have used a Linear Mixed-Effects Model with the Groups as fixed effects and an additional random effect. 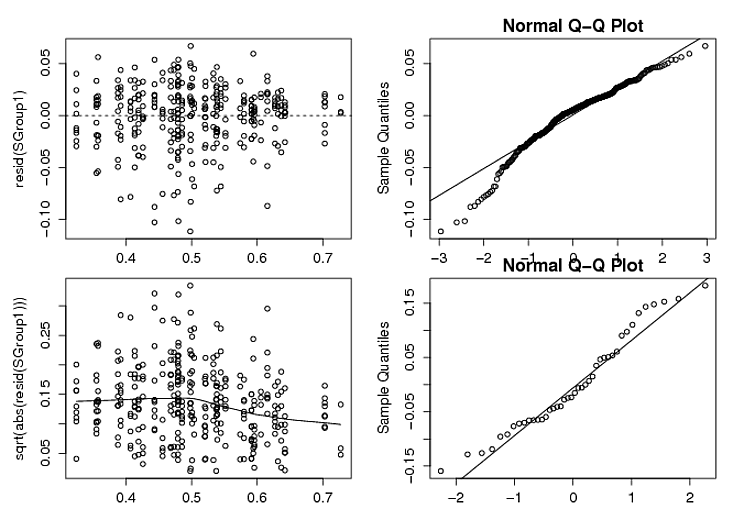 And here is the code I applied

Browse other questions tagged r nonparametric random-effects-model or ask your own question.