In multiple regression r is positive but the coefficients are negative

How do I interpret this? How can the overall model predict a positive effect on the DV while all of the construct IVs have a statistically significant negative effect on the DV? Is the strength of "being female" enough to overcome all the other IV effects? Yet .2 is not that strong a correlation.

Or am I missing something simple?

regression correlation multiple-regression r-squared
share|cite|improve this question
edited May 13 '14 at 14:07

There is such a thing as a multiple correlation coefficient, although almost no one seems to know it exists. In addition, it does not come standard with output from any statistical software, as far as I know. So I suspect that you are looking at $R^2$, as @StephanKolassa suggests. You can think of this as the proportion of the variance in your DV that your model helps to explain. Unless something has gone horribly awry (see, e.g., When is $R^2$ negative?), this value will always be positive (you can't explain less than zero of what's going on).

Here is a simple demonstration using only one variable to make it easier to see. I don't know if you are familiar with the statistical software R, but hopefully the code is sufficiently self-explanatory. 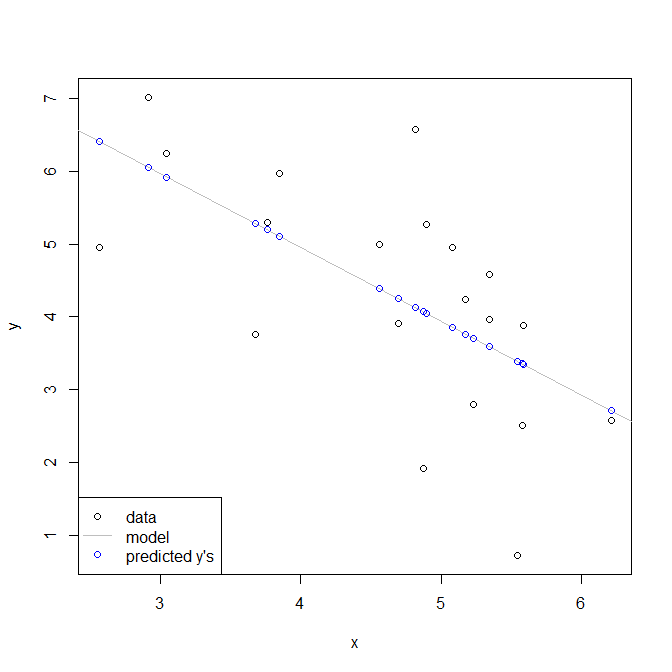 Not the answer you're looking for? Browse other questions tagged regression correlation multiple-regression r-squared or ask your own question.

85
When is R squared negative?