How to make the rare events corrections described in King and Zeng (2001)?

I have a dataset with a binary (survival) response variable and 3 explanatory variables (A = 3 levels, B = 3 levels, C = 6 levels). In this dataset, the data is well balanced, with 100 individuals per ABC category. I already studied the effect of these A, B, and C variables with this dataset; their effects are significant.

I have a subset. In each ABC category, 25 of the 100 individuals, of which approximately half are alive and half are dead (when less than 12 are alive or dead, the number was completed with the other category), were further investigated for a 4th variable (D). I see three problems here: 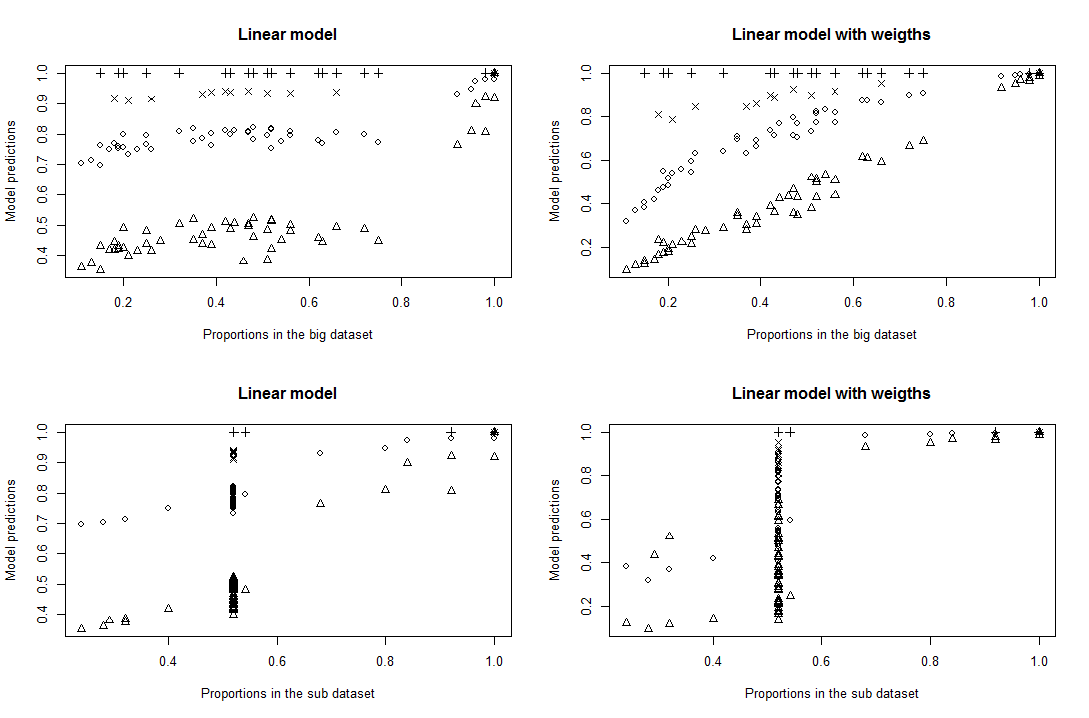 Only later when seeing there is a logistf, I though this is perhaps not that simple. I am not sure now. When doing logistf(R~ A+B+C+D, weights=wi, data=subdata, family=binomial), I get estimates, but the predict function does not work, and the default model test returns infinite chi squared values (except one) and all p-values = 0 (except 1).

Edit: See what happens if I remove A, B and C from the models. I do not understand why there is such differences. 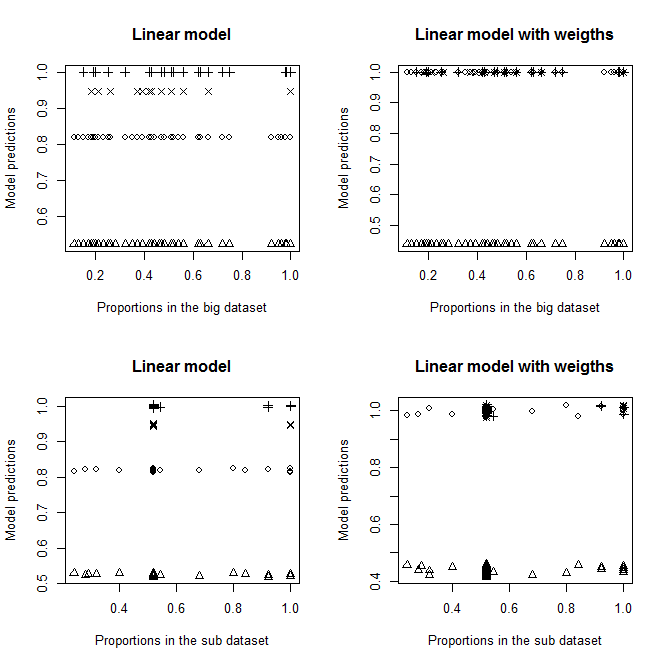 Fits without A, B, and C as explanatory variables in models

The logistf() function do not implement rare event logistic regression, that is done by the relogit() function in the Zelig package, on CRAN. You should test that one!

I realised that my comparisons of fitted and actual proportions in the first graph, top right-hand corner, are not the best way to assess model fit, since in the big data I can caclulate proportions for ABC categories, but with the model fit where all four variables are included, proportions are predicted for each ABCD category.

I fitted a new model on the subdata, where I removed D:

So that I can compare the predictions of this model fitted with the subdataset, and the true proportions in the big dataset, and assess wether my weighting does what I expect it to do. 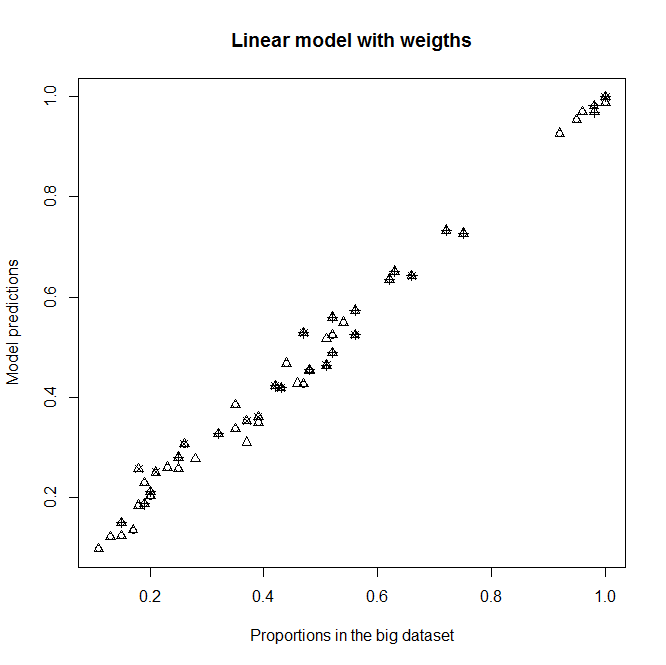 Predictions of the new model against proportions in the big dataset.

Now I think the answer is: yes, definitely.

Hence, this answered to my questions 1 (I properly understand King and Zheng (2001), at least the weighting method) and 3 (I can apply King and Zheng's (2001) weighting correction despite the fact that I have a value of $\tau$ and a value of $\bar{y}$ for each ABC category instead of global values).

The two other questions were:

Not the answer you're looking for? Browse other questions tagged logistic unbalanced-classes weighted-regression rare-events case-control-study or ask your own question.