How does local connection implied in the CNN algorithm

I am trying to understand the process of Convolutional Neural Networks. Basically, I am trying to understand how does the local connection works. The first step of CNN is a convolution layer where every image is convolved with filters. If for example I have 100 filters, how does the local connections working? If I am understanding well, I have to convolve the input image with all 100 filters in order to produce 100 feature map in the convolutional layer. How does local connection implied in the CNN process? Where is the idea of local receptive fields implied?

EDiT: After the design of the architecture. The weights of all layers, convolutional pooling and the fully connected layer are trained by using back propagation?

With a convolutional network, each neuron only receives input from a small local group of the pixels in the input image. This is what is meant by "local connectivity", all of the inputs that go into a given neuron are actually close to each other.

We need to classify the digit in the image from digits 0-9. 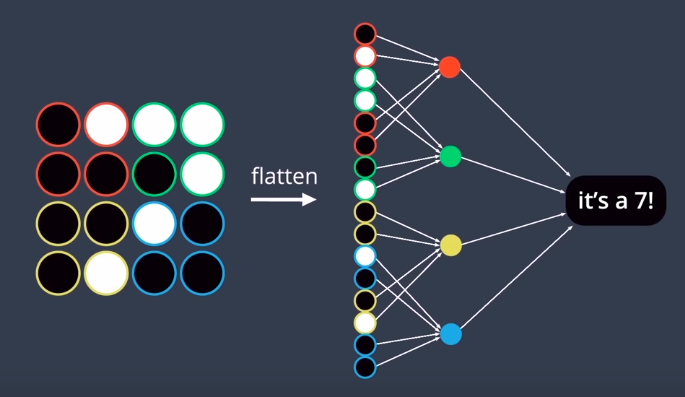 Consider breaking the image into 4 regions. Here, color coded as red,green, yellow and blue. Then, each hidden node could be connected to only the pixels in one of these 4 regions, each hidden node sees only a quater of the original image.

With this new regional breakdown and the assignment of small local groups of pixels to different hidden nodes, every hidden node finds patterns in only one of the four regions in the image.

This is called local connected layers.

It's often poorly explained. First of all, it's presented in terms of a 4D tensor, but one dimension is just the batch dimension for processing multiple images at a time, you can ignore it for the purpose of understanding the convolution. 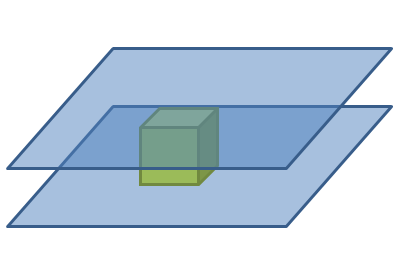 In this image, the green box is a filter, it convolves by "gliding" in the x and y axis, but its height (#input_channels) is the same as the number of channels in the image, and so it does not move in that direction.

There are #output_channels such boxes which end up producing the channels of the next layer.

I hope this image will help you to understand the idea of local connectivity in CNN: 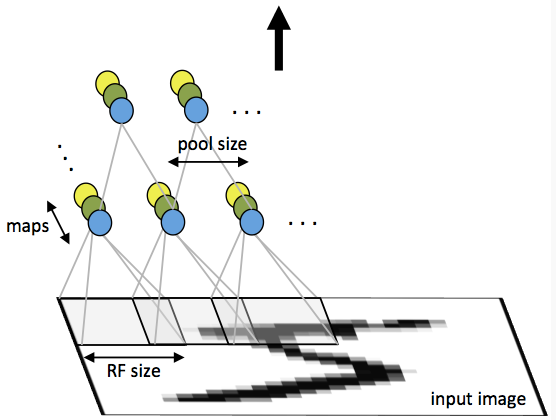 Neurons of the same color use the same kernel filter and share the same weights. And, neurons of different color corresponds to different feature maps. So, here we have local connectivity since one blue neuron is connected to only a small region of the image. (P.S. to produce a feature map, you need more than one blue neuron).

Not the answer you're looking for? Browse other questions tagged neural-networks convolution or ask your own question.