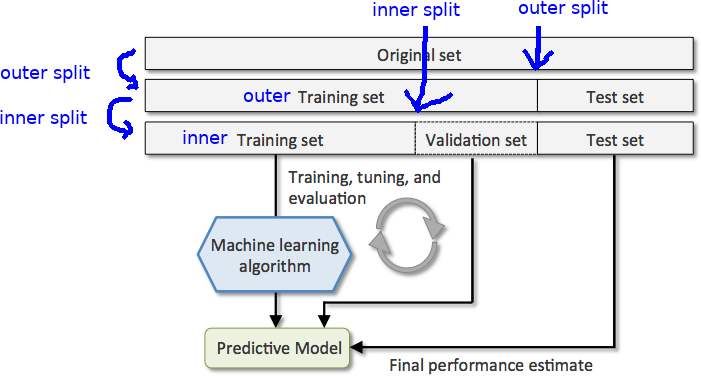 2
Understanding K-fold Cross Validation
553
What is the difference between test set and validation set?
0
Why don’t we split the dataset into training and testing set if the sample size is small?
0
What is the correct procedure for nested cross-validation?

74
How to split the dataset for cross validation, learning curve, and final evaluation?
15
How to obtain optimal hyperparameters after nested cross validation?
1
Cross-validation when splitting data into train/dev/test sets
2
Cross Validation and model training
1
Is resampling to obtain a test set ok?
0
Questions regarding implementation of cross-validation
0
Hyper-parameter turning using cross validation in random forest----test set AUC higher than cross validated AUC
1
How to choose train, test and validation data for two-staged experiments?