I'm creating an AB testing framework using Bayesian methods. It's a conversion based test, so users land on the site, randomly get assigned one of two experiences (i.e. group A or group B) and then potentially convert. If I run this test, say, every hour, I'll get a number of people who land and convert within that hour. Then I can easily compare which of the two groups converted at higher rates.

Some people, however, may take 2 hours to convert. Some may take 2 days. I want my model to take into account the fact that one group may convert at a longer time after landing, than the other group.

Does anyone know of a smart way to account for the time-to-conversion component? I'm thinking of comparing conversion rates among cohorts rather than based on time, but after googling around for how people have approached this type of problem, I haven't read anything about it. Surely people aren't ignoring this aspect of their tests.

In general, you don't watch the test as it is performed. It's not that people ignore it but constantly testing leads to an increase in type I errors. If you repeatedly test you need adjust for multiple testing.

If you're doing this in a bayesian framework (like with BEST) then the strength of your priors and the uncertainty in your effect size measurement will help deal with the "delay to conversion" problem.

To be safe, you should just set a time frame before which you won't calculate results. In the NHST paradigm this is usually decided by your sample size calculation. That'd be a good place to estimate this time window even in your bayesian case.

+1 to @cwhardland's answer, and I want to suggest another idea. One way to solve it is to use survival analysis, specifically survival function estimates, to measure how long it took the two groups to convert (where conversion is the death event). For example, your end result might look like: 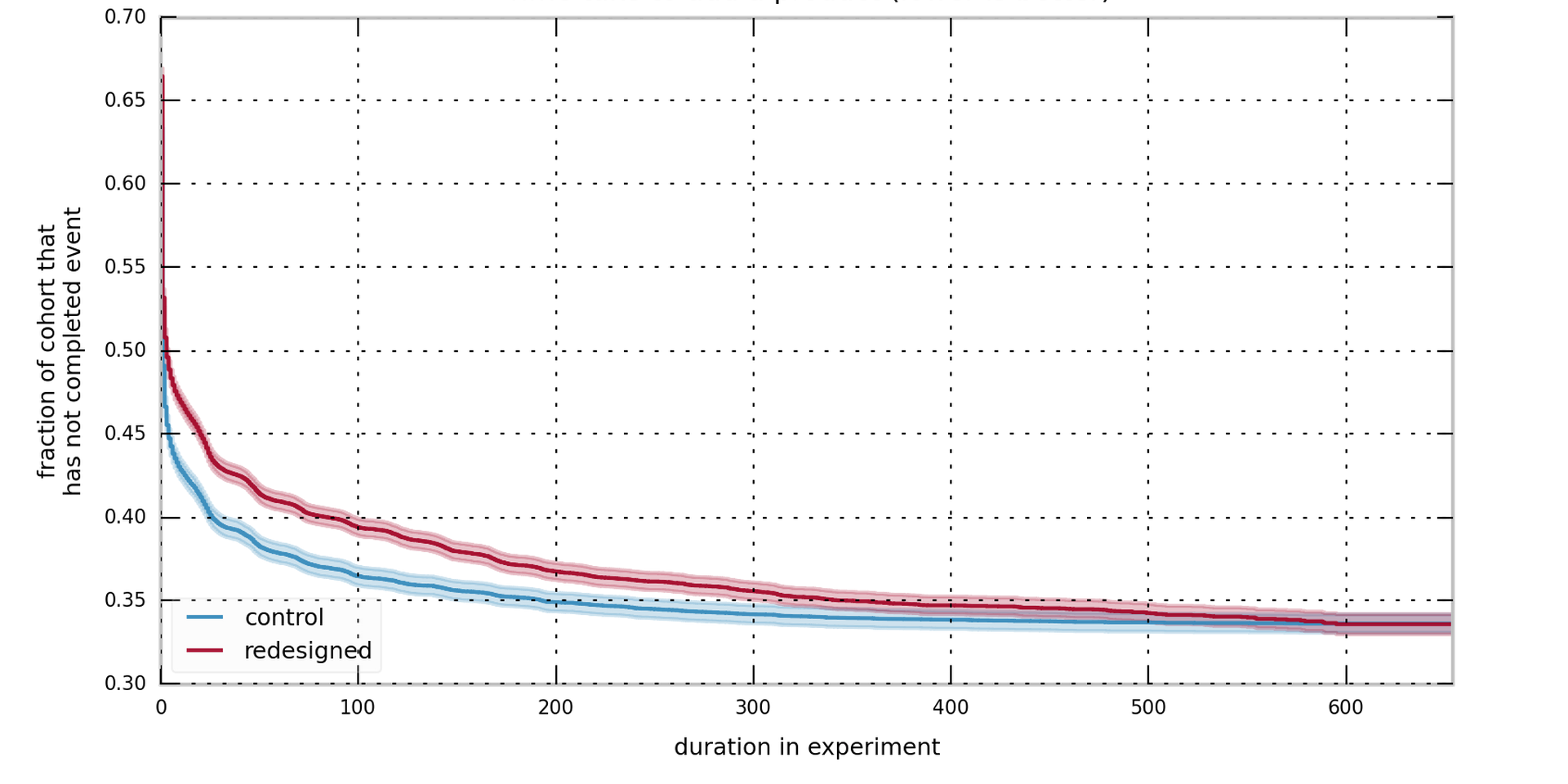 From this, you can see which group converts faster / more often.

Not the answer you're looking for? Browse other questions tagged bayesian ab-test or ask your own question.