Binary classification when one class consists of multiple subclasses

The basic classification problem is to classify whether given sensor signals stems from events in $C_1$ or $C_2$, and I use 6 features of the signal - such as mean, std dev, integral ... - as features for the classification algorithm.

I would be interested in advice about how to deal with this situation.

For me there are two natural approaches for distinguish between two classes $C_1$ and $C_2$:

How would you approach such a situation?

classification
share|cite|improve this question
edited May 12 '15 at 14:41

As I understand, you already know how to create features and classifiers, and the question is rather about the peculiarity of $C_2$ consisting of three subclasses from which you can sample freely.

From the two options you provided, I would prefer the first one, given that your chosen classifier is able to represent a decision surface more complicated than a straight line (hyperplane in your case). And in any case, the second case option with only 2 votes required for $C_1$ seems inferior, as it is easy to come up with examples where it would end up classifying all points in $C_2$ as being from $C_1$.

The possible improvements on top of my head you may want to consider are: sample more points from $C_2$ and compensating for that using class weights (if your classifier allows for that), and sampling different proportions (or using unequal weights), if you know a priory the expected ratios of the observations from $C_1, C_{2,1}, C_{2,2}, C_{2,3}$, or if you have different costs for different misclassification errors.

Also, an obvious remark, but you can always try several things and see which give best accuracy.

Based on the input you could try a classification model based on prior knowledge about the distributions. This linear discriminant analysis (LDA) picture, based on a multivariate example, shows the gist. 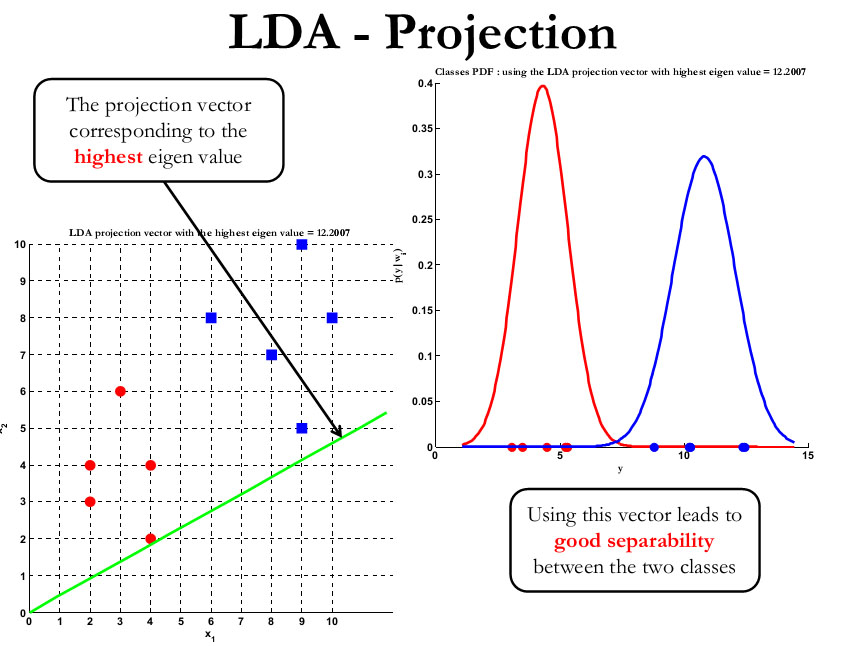 (The image is taken from https://stackoverflow.com/questions/17001375/plot-linear-discriminant-analysis-in-r)

In the univariate case this reduces to choosing the class that has the highest conditional probability.

Based on this the conditional probabilities it is also possible to create a particle filter. This is a solution for an online setting, which would resemble your running sensor data.

A particle filter is a software friendly implementation of a hidden markov model using resampling. A nice explanantion is given here: https://www.youtube.com/watch?v=aUkBa1zMKv4