What is the “variance component parameter” in mixed effect model?

On page 12 of Bates' book on mixed effect model, he describes the model as follows: 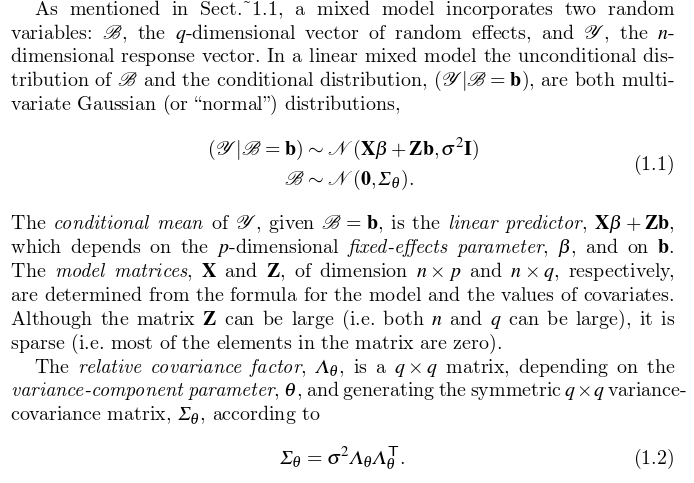 Near the end of the screenshot, he mentions the

relative covariance factor $\Lambda_{\theta}$, depending on the variance-component parameter, $\theta$

without explaining what exactly is the relationship. Say we are given $\theta$, how would we derive $\Lambda_{\theta}$ from it?

On a related note, this is one of many instance in which I find Bates' exposition to be a bit lacking in details. Is there a better text that actually goes through the optimization process of parameter estimation and the proof for the distribution of test statistic?

It's hierarchical reasoning. There are a bunch of parameters in your linear model, the components of b. In a pure fixed effects model you would just get estimates of these and that would be that. Instead, you imagine that the values in b themselves are drawn from a multivariate normal distribution with a covariance matrix that is parameterized by theta. Here is a simple example. Suppose we look at animal counts at five different time periods at 10 different locations. We would get a linear model (I'm using R talk here) that would look like count ~ time + factor(location), so that you would have (in this case) a common slope for all of the regression (one at each location) but a different intercept at each location. We could just punt and call it a fixed effect model and estimate all of the intercepts. However, we want might not care about the particular locations if they were 10 locations selected from a large number of possible locations. So we put a covariance model on the intercepts. For instance, we declare the intercepts to be multivariate normal and independent with common variance sigma2. Then sigma2 is the "theta" parameter, because it characterizes the population of intercepts at each location (which are thus random effects).

The variance-component parameter vector $\theta$ is estimated iteratively to minimise the model deviance $\widetilde{d}$ according to eq. 1.10 (p. 14).

The relative covariance factor, $\Lambda_\theta$, is a $q \times q$ matrix (dimensions are explained in the excerpt you posted). For a model with a simple scalar random-effects term, (p. 15, Fig. 1.3) it is calculated as a multiple of $\theta$ and identity matrix of dimensions $q \times q$: 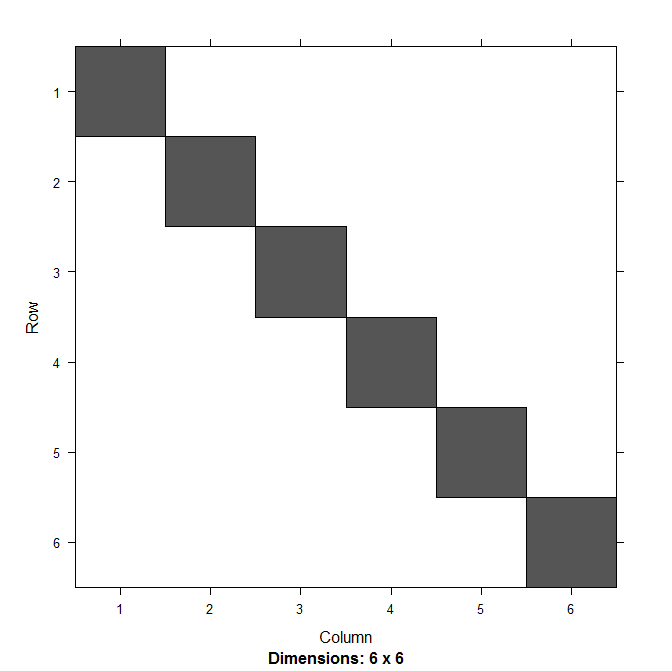 This is the general way to calculate $\Lambda_\theta$, and it is modified according to the number of random-effects and their covariance structure. For a model with two uncorrelated random-effects terms in a crossed design, as on pp. 32-34, it is block diagonal with two blocks each of which is a multiple of $\theta$ and identity (p. 34, Fig. 2.4): 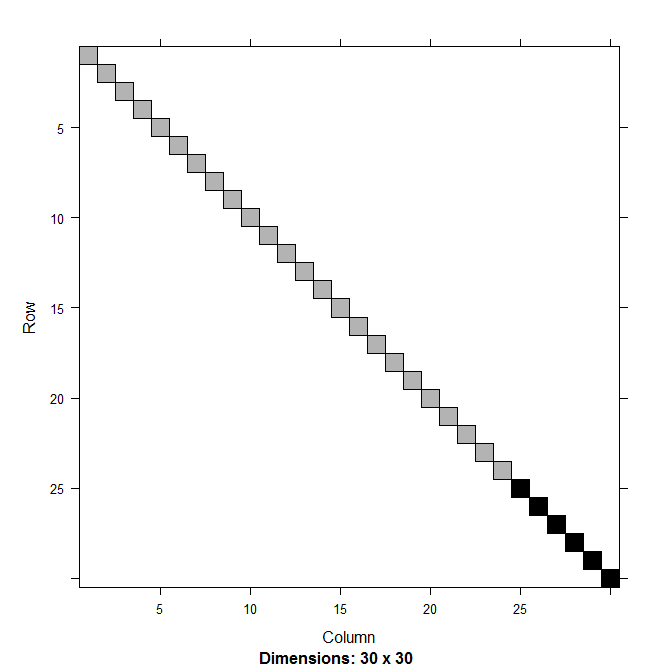 For a longitudinal (repeated-measures) model with a random intercept and a random slope which are allowed to correlate $\Lambda_\theta$ consists of triangular blocks representing both random-effects and their correlation (p. 62, Fig. 3.2): 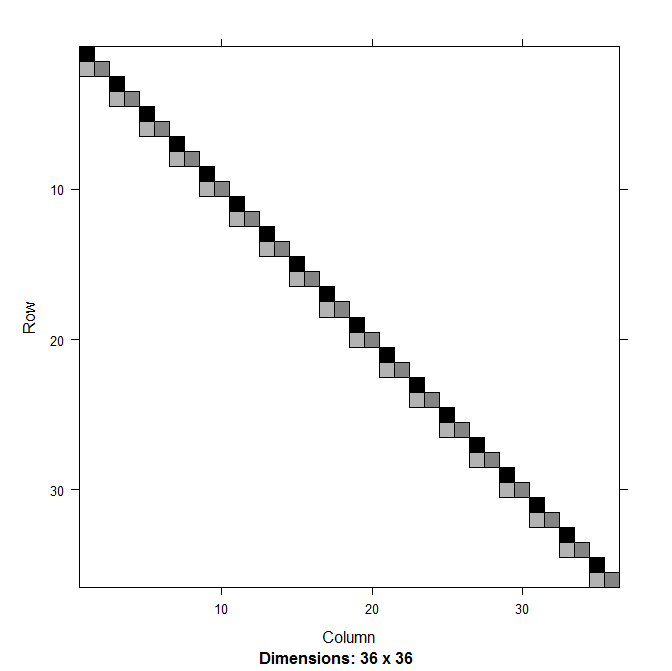 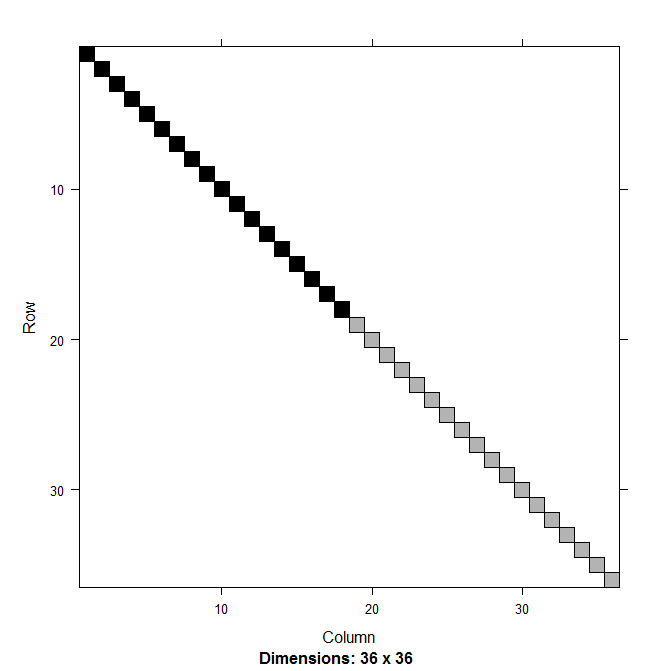 The book version from June 25, 2010 refers to a version of lme4 which has been modified. One of the consequences is that in the current version 1.1.-10. the random-effects model object-class merMod has a different structure and $\Lambda_\theta$ is accessed in a different way, using the method getME:

Not the answer you're looking for? Browse other questions tagged mixed-model references multilevel-analysis or ask your own question.

2
What is the relationship between covariance matrix and its variance parameter in linear mixed model?