How could and coskewness and cokurtosis be visualized in an easily comprehensible manner? 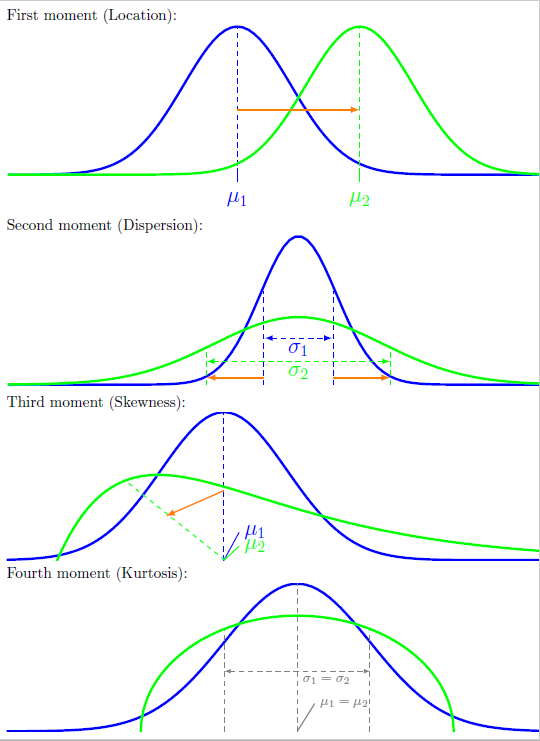 The first cross-moment (co-variance) can be visualized by looking at joint densities: 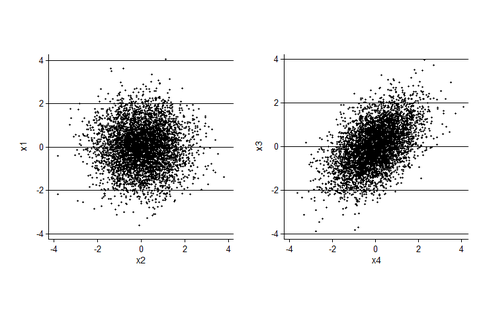 How could and coskewness and cokurtosis be visualized in an easily comprehensible manner?

My case maybe a little different, recently I am running into a similar problem. I am trying to visualize a positive triple coskewness of 3 zero mean random variables, written as $\langle X_1X_2X_3\rangle$.

From the case of positive covariance, we have $\langle X_1X_2\rangle$. The computation of covariance itself does not distinguish between the cases of both $X_1$, $X_2$ are positive, or both of them are negative. As a result, if we plot the $X_1$ against $X_2$ in two dimensional space, we tend to see a line with slope = 1, as the distribution has high occurrence when both are positive or both are negative.

Here is what it looks like when I tried to plot such distribution (with artificially added noise to simulate imperfect coskewness): 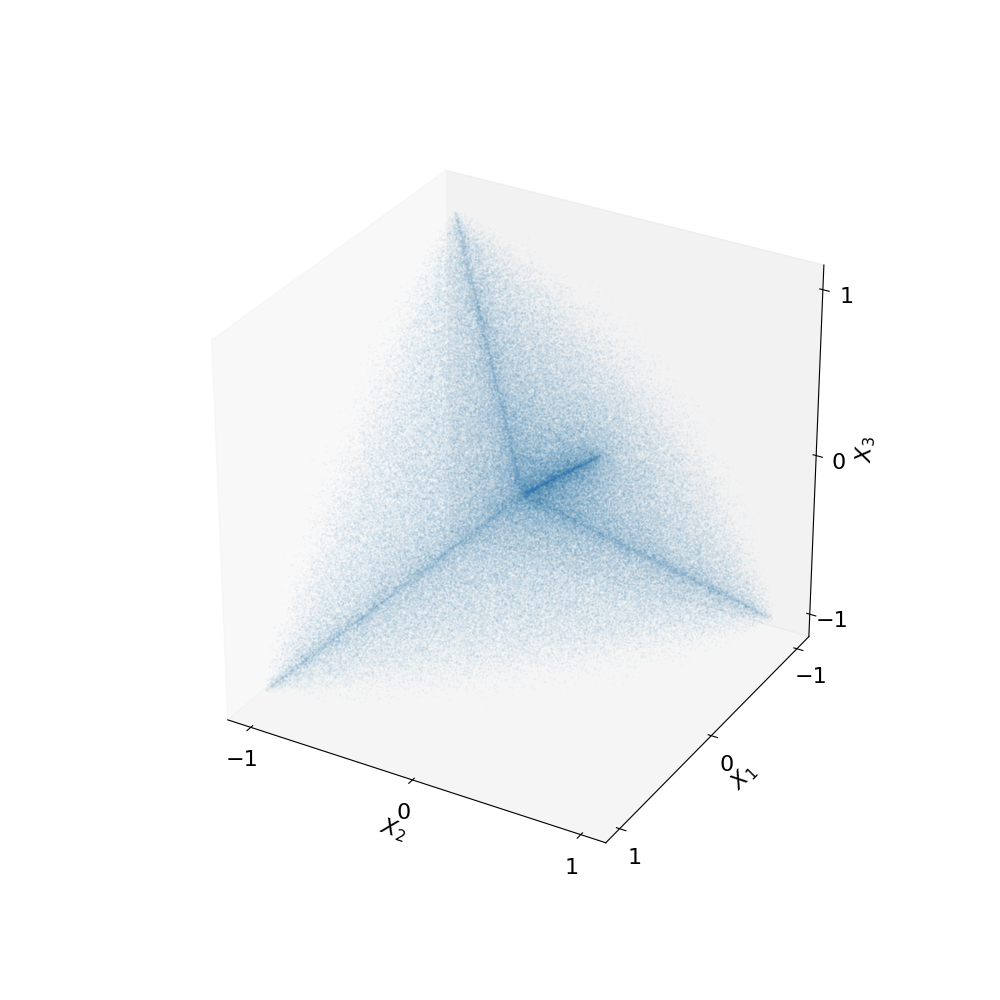 Please note that this is merely my guess, I don't have much supporting as to whether the above is true. I am also looking for references on it, great if you happen to have anything to share.

Not the answer you're looking for? Browse other questions tagged data-visualization skewness moments kurtosis or ask your own question.