R Mediate: How to interpret output with an ordinal outcome?

My question concerns the interpretation of a mediation analysis conducted in R using Tingley et al.'s mediation package. The hypothesis to be tested is that authoritarianism (continuous predictor X) is related to trust (continuous mediator M), which then mediates authoritarianism's statistical effect on the tendency to confess to a crime (ordinal outcome Y). For R, this requires that I estimate the X -> M equation, and save the output. Both X and M I treat as continuous, interval-scaled variables:

Then I estimate the M -> Y equation (controlling for X) and again save the output. The outcome variable CONFESS is ordinal (7 levels), which requires the use of R's ordinal regression:

Both equations confirm predictions. In the final and critical step, I use bootstrapping to estimate the indirect effect. The mediate command requires inclusion of a treatment, even though the present data are correlational (not experimental). Here, I just included X; however, the shape of the output does not vary if I use a different treatment. 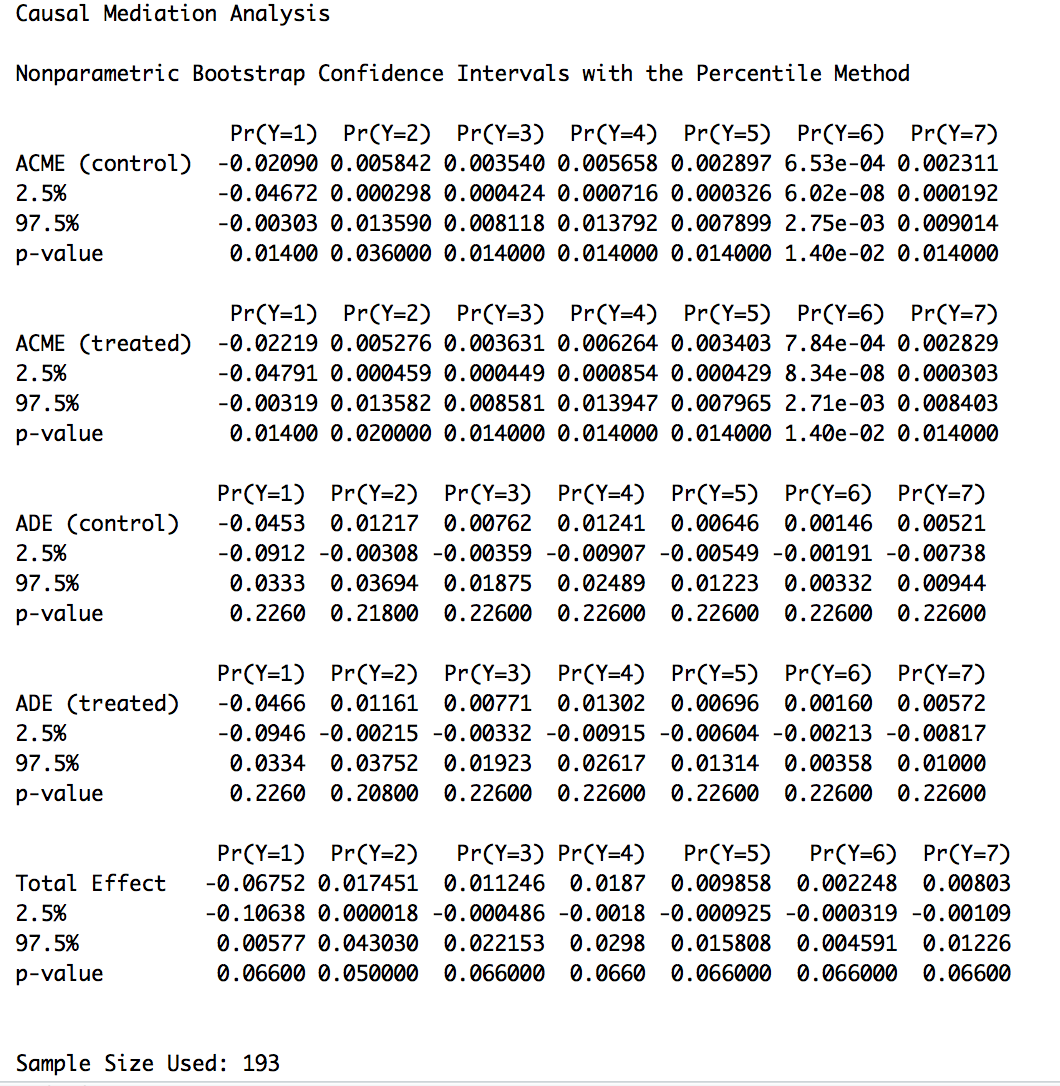 Can anyone tell me how to read this output?

Here is the response I got: Our methods compute the estimates on the same scale as the outcome. That's why you are seeing an estimate for each ordinal category. I hope this makes sense. The details about the methods are in the papers available here: https://imai.princeton.edu/projects/mechanisms.html You might want to look at our APSR or PM papers.

I don't really see how to use the probabilities for each value of the factor to express the statistics that you usually see with mediation analysis, such as percent mediated. Maybe that has to be expressed as a probability. How to turn it into 1 number is not so clear to me. I have more work to do, clearly.

Not the answer you're looking for? Browse other questions tagged r ordinal-data ordered-logit mediation or ask your own question.