PCA: How can the first principal component both maximize variance AND define the line that most closely fits the data?

I'm reviewing Chapter 6 from An Introduction to Statistical Learning. I'm having trouble understanding PCA and the provided example.

Can someone explain how the first principal component direction can yield observation projections with the largest possible variance, but also minimize the sum of the squared perpendicular distances between each point and the line?

In other words: how does the green line both maximize variance and fit the data as closely as possible? Seems to me that projections onto the blue line would have higher variance.

For reference, here's the excerpt from the book and the example figures:

The first principal component direction of the data is that along which the observations vary the most. For instance, consider Figure 6.14, which shows population size (pop) in thens of thousands of people, and ad spending for a particular company (ad) in thousands of dollars, for 100 cities.

The green solid line represents the first principal component direction of the data. 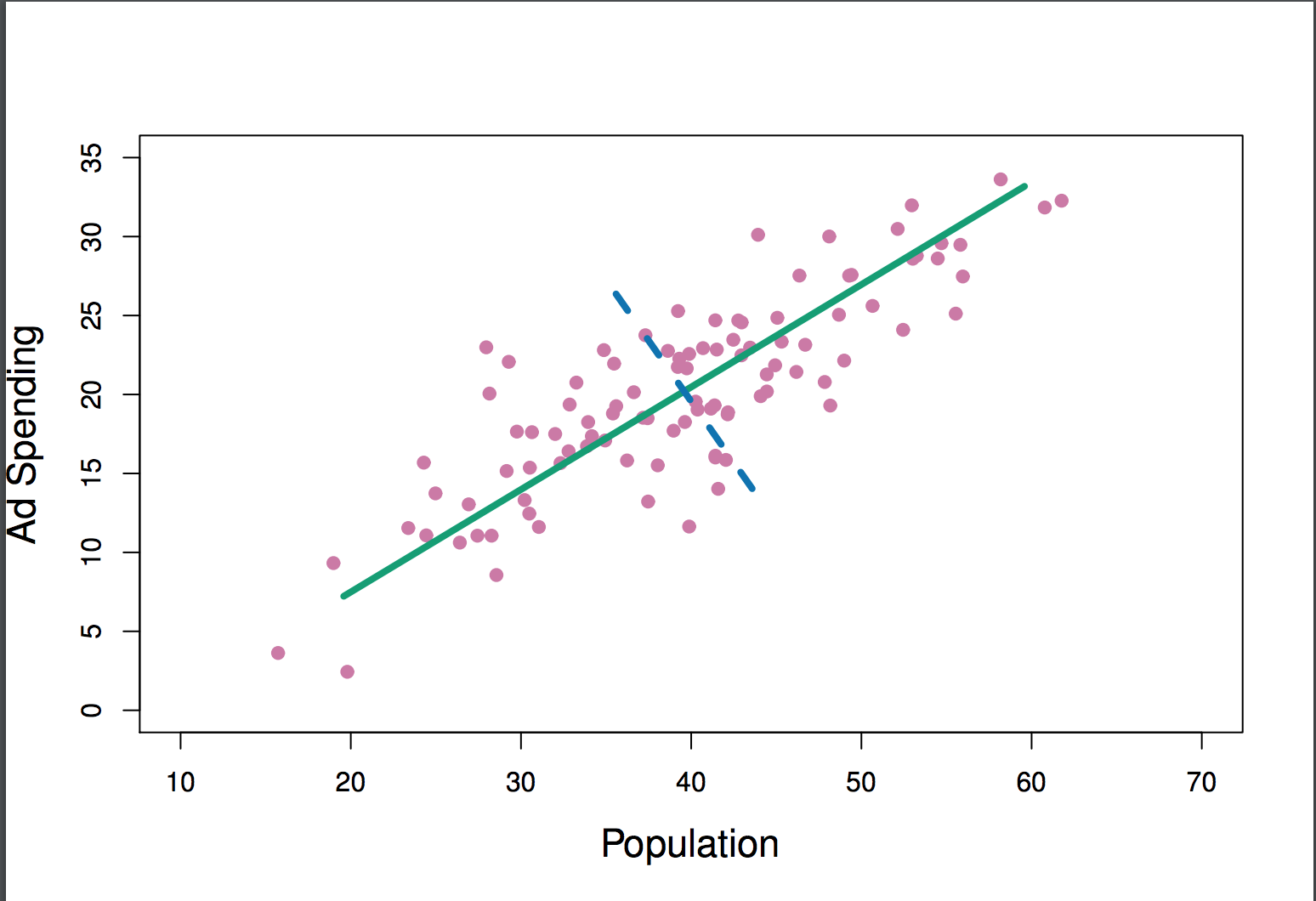 Your reference already gives the answer.

This is referring to the projections of the data onto that line, sort of the variance explained by that line.

which is really the opposite statement: the residuals are the deviations from that line, which is the variance of everything that is not the first principal component.

The first principal component is the one that captures as much of the variance as possible along that dimension.

Not the answer you're looking for? Browse other questions tagged machine-learning variance pca linear-algebra or ask your own question.

1
Line that separates data partitioned by the first principal component of PCA
19
Geometric understanding of PCA in the subject (dual) space
76
What is an intuitive explanation for how PCA turns from a geometric problem (with distances) to a linear algebra problem (with eigenvectors)?
11
How to get "eigenvalues" (percentages of explained variance) of vectors that are not PCA eigenvectors?
1
Is the first principal component the one with the largest eigenvalue and how to convert it to explained variance?
1
How to calculate the variance-covariance matrix of the principal components from the variance-covariance matrix of the original data?
1
In a PCA setting, is there any relationship with the sum of squares of the scores (t1) with the eigenvalue of that principal component?