How to assess the change in association between two variables?

Let's say I have an psychological experiment in which I measure two variables. I am interested to test whether these variables are related (i.e., whether they reflect related processes). I have a group of 20 participants and for each participant I measure two variables (two data points per participant).
I found some correlation between two variables. Now, I recruit another group of participants (N=20) that make exactly the same experiment, but this time I conduct brain stimulation. In this second group compared to the first group, one variable consistently increases, but other variable remains at the same level. So, this shows that at least in some cases these variables might be not be very related.

Is there a more direct way to test this? Comparing correlations between two groups seems meaningless, because increasing value of one variable, but not the other make just a scaling, without changing correlation (see attached). Note, that I have two different samples of subjects, so there is no paired statistics 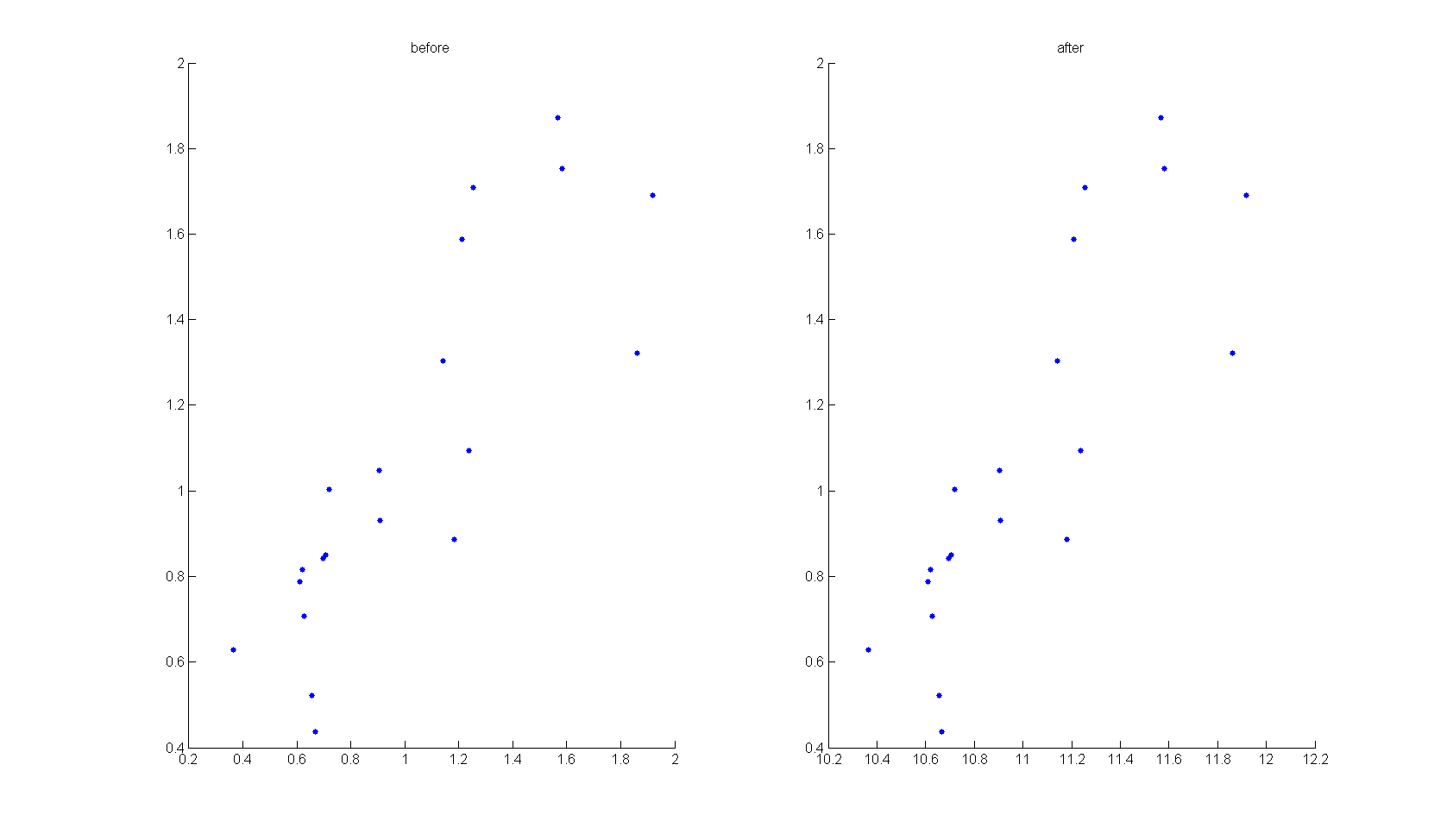 If I understand correctly, it sounds like what you need to run is a mixed model with participants as a random effect. This will allow you to look at the cross-level interaction, that is, whether the within-subject correlation changes depending on the between-subjects condition. In R, it would look like this using the lme4 package and intercepts only for the random effect:

However, it would be helpful to provide simulated data and more information about the issue.

Not the answer you're looking for? Browse other questions tagged correlation psychology or ask your own question.

14
How to compute correlation between/within groups of variables?
3
How to test for Pearson correlation when one variable is arbitratily fixed for number of cases?
1
Dependency between two independent experiments pointless?
2
Correlation between non-independent variables
3
Meta-analysis: How can I compute the sampling variance of Fisher's z-transformed correlation coefficients for within-subject designs?
0
Mixed-effects models for within-subject psych experiment (in Stata)
0
what type of data analysis should I carry out