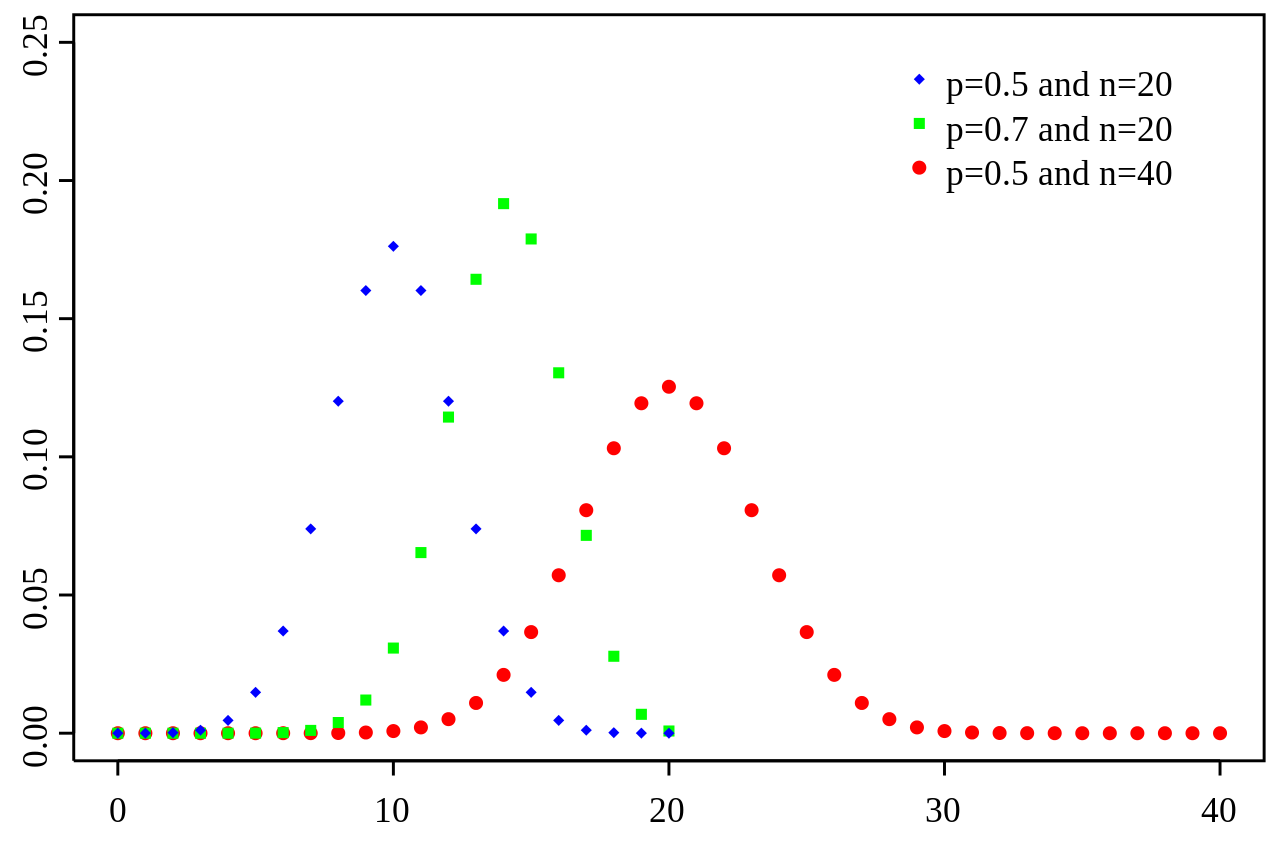 Like in the picture above, as n increases, for constant p = 0.5, the variance increases.

Note that the values of $X \sim Binomial(n,p)$ correspond to number of "positive" trials, not probability. As $n$ grows, the values of $\hat{p} = X/n$ converge to the true $p$, hence the probability as a long-run frequency definition. Values of $X = n\hat{p}$ clearly don't converge.

The variance of the distribution increases with N as you are measuring the total number of successes, not the ratio. Imagine you throw a coin once. The variance is tiny as all possible results are 0 heads and 1 heads (1/2 of a success from the mean).

If you throw it a million times, you won't often get results that close to the mean.

However, if your varaible of interest is the prportion of heads (rather than the raw number), variance will keep decreasing as you flip the coin more and more tiems (proportional to 1/N)

What binomial distribution describes, is the distribution of "successes" in $n$ Bernoulli trials, each having probability of success $p$. The most popular handbook example, is that you have a biased coin with probability of tossing heads equal to $p$, you throw it $n$ times and count the total number of heads tossed.

Say that you record results of tossing some coin $n$ times, then your friend tosses it $m$ times. You repeat this experiment many times and in each row of your notebook you record the successes by you in one column and your friends results in the second column. In the end you observe that on average you observed $np \pm x$ heads, while your friend $mp \pm y$ heads. If you summed together the results rowwise, on average you would observe $np+mp = (n+m)p$ heads for both of you. How much would the sum vary? It wouldn't be $(n+m)p \pm x$, neither it wouldn't be $(n+m)p \pm y$, since in both cases this would mean that the additional tosses cannot make the result more extreme. This wouldn't make sense. Say that you never tossed more then $k$ heads, while your friend never tossed more then $r$ heads, then obviously if you sum the number of heads tossed by both of you, the result can be greater then $k$ or $r$.

Not the answer you're looking for? Browse other questions tagged probability distributions variance binomial-distribution or ask your own question.