I have data which is independent, but non-normal, with unequal variance. There are more than two groups, all with the same sample size. Which non-parametric test can I use?

Simulated gamma data Here are simulated gamma data to illustrate some of the points in BenBolker's Answer (+1). Although none of the traditional tests is completely satisfactory, the Kruskal-Wallis test shows differences in groups for my fake data (in which one difference between groups is rather large). 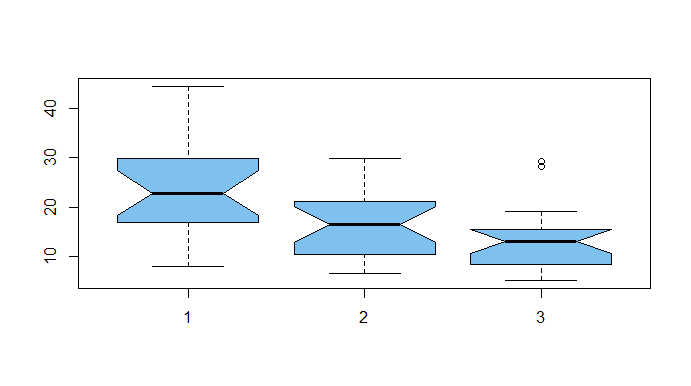 Notches in the sides of the boxes are nonparametric confidence intervals calibrated so that, comparing two groups, CIs that overlap suggest no significant difference. So the first and last groups may differ significantly.

Ad hoc tests with two-sample Wilcoxon tests show significant differences between groups 1 and 3. P-values for the other two comparisons are not small enough to satisfy the Bonferroni criterion against false discovery.

Welch one-factor ANOVA with ad hoc Welch t comparisons. Here we have moderately large samples and only moderate skewness. A Welch one-way ANOVA, which does not assume equal variances may be useful. The overall test gives a highly significant result; you could use Welch two-sample t tests for ad hoc comparisons. 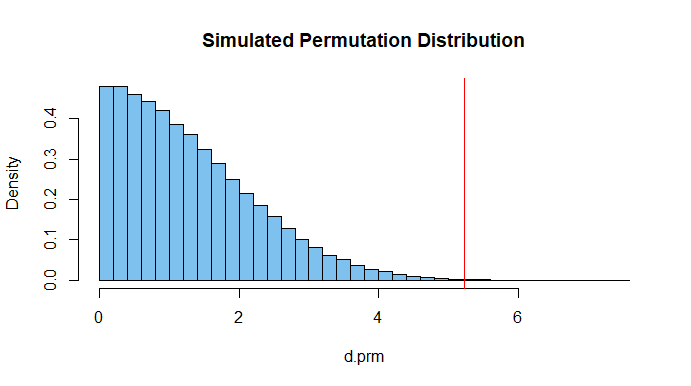 The Kruskal-Wallis test is a rank-based analogue of 1-way ANOVA, so it would be a reasonable approach to nonparametric testing of differences in location for >=2 groups.

HOWEVER: the "unequal variance" thing really messes you up. This answer discusses why unequal variances are problematic for Mann-Whitney tests (the 2-sample version of K-W/non-parametric version of the t-test), and the same problem applies to K-W, as discussed on Wikipedia (linked above):

Loosely speaking, from my answer to the Mann-Whitney question:

If you are satisfied with showing that the distribution of the groups differs in some way from that of men, then you don't need the extra assumption [of equality of distribution except for location].