Kolmogorov-Smirnov interpretation in R for chi-square 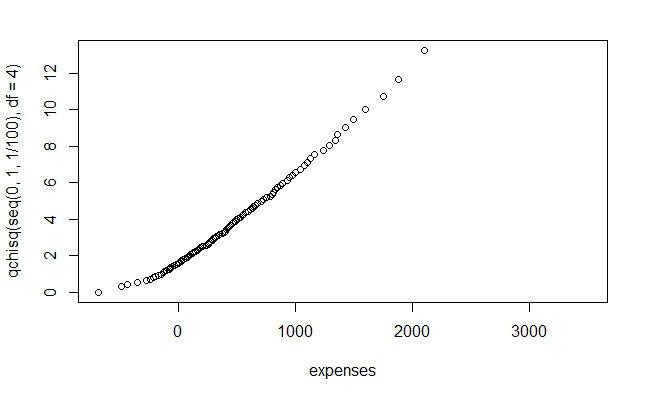 However, my output for:

for $\ \alpha $ =0.05 it seems as if the null hypothesis has to be rejected. How can I interpret this result? 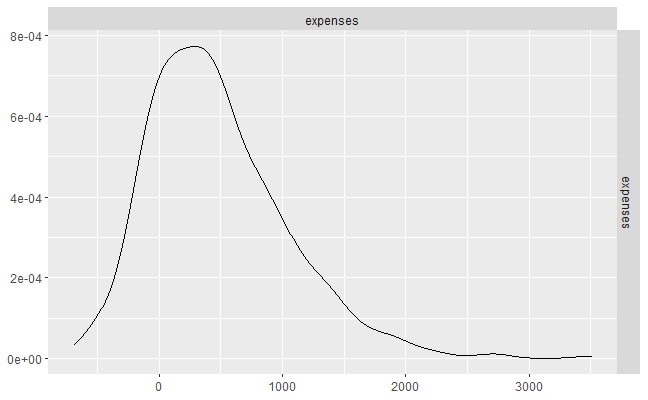 The general sentiment on Cross Validated is that formal goodness-of-fit testing is not helpful: either you have too few observations to reject, or you have so many that the tests become sensitive to deviations from normality that are not practically significant because your data are “close enough”. Graphical examination such as histograms, kernel density estimates, and normal quantile-quantile plots will be your friend.

It would help to give the plot of a $\chi_4^2$ density song with your density estimate, but your plot looks $\chi_4^2$-ish to me, so my interpretation is that you have a large sample size that exposes a small deviation from $\chi_4^2$ as really being there, not just an artifact of the sampling, but that it probably isn’t enough for you to care.

The concern I have is that you appear to have observations below zero. Even one such observation proves that your data do not come from $\chi_4^2$, so perhaps you have some kind of noncentral $\chi^2$ distribution.

Not the answer you're looking for? Browse other questions tagged r goodness-of-fit kolmogorov-smirnov-test chi-squared-distribution or ask your own question.