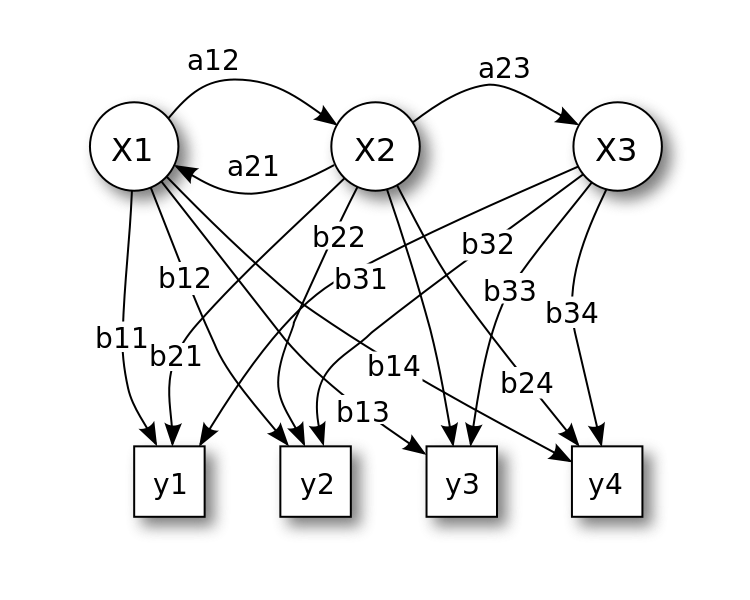 Your confusion is coming from different graphical notations about HMM. Specifically, there are two types of notations. 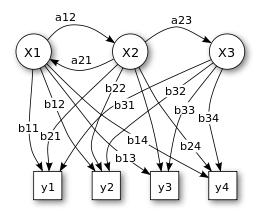 Type 2 notation (Note, the model shown below has $N$ random variables / observations, but not show how many possible values for $X$ and $Y$)

PS,I think the figure in Wikipedia is confusing, if you want to use vertex to represent possible values, you should not capitalize $X$, but make it consistent with $y$.

The diagram is showing that there are probabilities of transition between hidden states $X_1$ and $X_2$. Moreover, any transition probability is referent to 2 states: the initial state and the state that will be transitioned to.

This is what is meant when it is said the state at time $t$, $x(t)$, is dependent on the immediately prior state, which was at $t-1$, $x(t-1)$: a given state will be moved out of only with the probabilities of its immediately adjacent states.

Not the answer you're looking for? Browse other questions tagged hidden-markov-model graphical-model or ask your own question.