I'm trying to understand the difference between

Is there a difference? Is one preferable?

Is there a difference?

Yes. A null hypothesis test produces a test statistic and a p-value, the probability of a test statistic as extreme as the that of the data, under the assumption that the null hypothesis is true. In your example, prop.test tests the assumption that the $p_A$ and $p_B$ are equal. This is distinct from the probability described in your link, $Pr(p_B \gt p_A)$:

On your data, prop.test produces a p-value of 0.6291; we interpret this to mean that if $p_A = p_B$, we would expect to see data this extreme in roughly 63% of experiments. But this isn't directly interpretable as the probability that the alternative outperforms the control. Using the linked post's formula, one arrives at $Pr(p_B \gt p_A) \approx 0.726$, which is directly interpretable as such. (Python code after the break.)

To gain a little intuition about this, observe the two posterior densities for $p_A, p_B$. 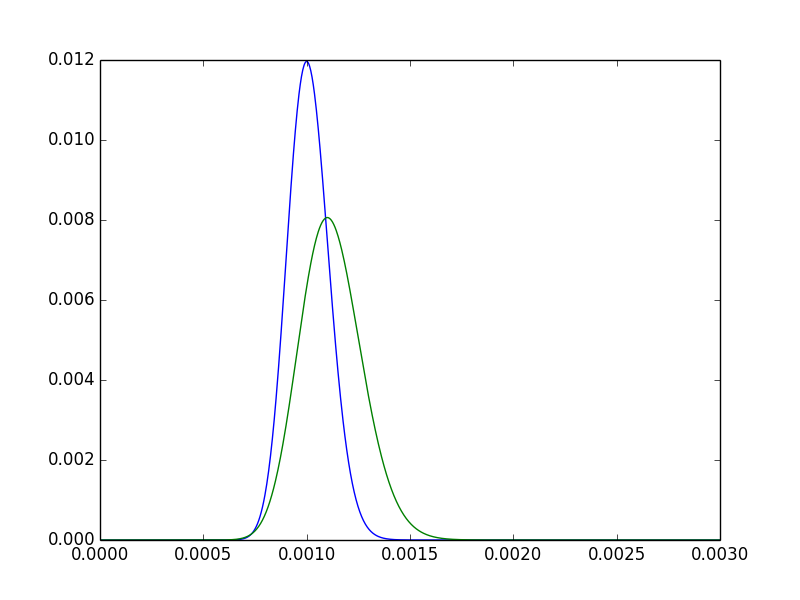 For one last intuitive aid, we can plot the distribution of the difference of the posteriors, and observe that roughly three-quarters of its area lies to the right of $0$: 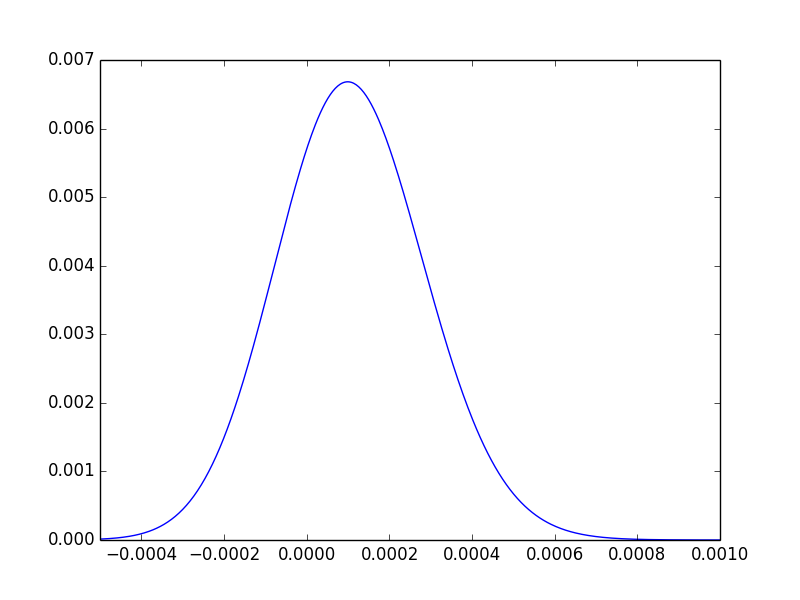 To reiterate, the p-value only tells us that the data fail to reach the extremity at which we'd be convinced a difference exists.

That question is an instance of the broader Bayesian v. Frequentist choice, and often veers into matters of opinion. In general, I believe the answer depends on many factors, including application, audience, and analyst preference. Here are a few ways to view the difference between the two, which will hopefully help show when one might be preferable.

One nice introduction to Bayesian A/B testing puts it like so:

Which of these two statements is more appealing:

But first, I should say that Bayesian and Frequentist inference are defined by their goals not their methods.

The Goal of Bayesian Inference: Quantify and manipulate your degrees of beliefs. In other words, Bayesian inference is the Analysis of Beliefs.

Not the answer you're looking for? Browse other questions tagged hypothesis-testing bayesian proportion ab-test or ask your own question.

4
Statistical significance (chi squared) for percentages over 100%?
1
Which is the null hypothesis for testing whether I've broken my simulation?
8
R - power.prop.test, prop.test, and unequal sample sizes in A/B tests
1
How to test for significance if groups differed at baseline?
0
Designing an A/B test, disparity between testing daily and agent data
3
Hypothesis testing: Frequentist vs Bayesian
1
Bayesian 1 sample t-test (paired / repeated measures)
0
What's the right t-test for comparing the distribution of a response variable across two categories for the same sample?