Using a deterministic trend in OLS

I have a time series data, see jpg. It goes straight up and then straight down, later tailing off. This seems to fit my textbook’s description of a deterministic trend being an almost exact function of time on the way up and on the way down. Using the D-F test I found that I could reject the existence of a unit root at the 5% level but not at the 1% level, and if I split the series into two parts, up and down, I cannot reject the unit root at even the 10% level. Is it valid to use this time series, as it is (ie not differenced), in an OLS regression on the basis that it is a deterministic trend and therefore ‘trend stationary’? I want to run it as an explanatory variable against another series which is difference stationary. 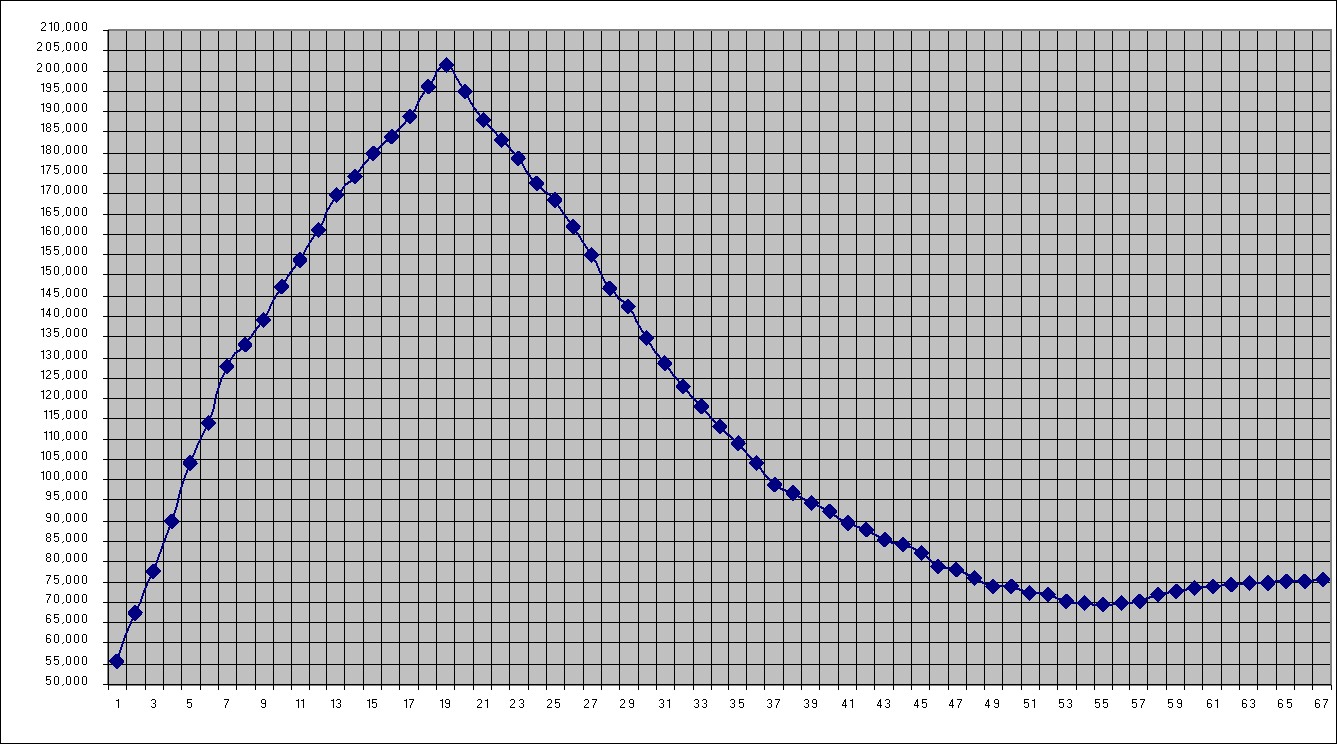 When I did it, I found the answer to be reasonable (ie something similar to what I was expecting), the residuals did not show autocorrelation in a D-W test and I can reject a unit root in a D-F test at the 1% level.

Your series would appear to have a number of trends and possibly some asymptotic ARIMA structure. You can incorporate this series "as is" in a regression model. Detecting and identifying any needed lag structure using this variable would probably need suitable differencing.

If this data come from the social sciences, I will try to figure out what made the trend change its direction at 19. Fitting a linear trend to the entire data seems to produce a misleading interpretation of the time dependent behavior. You may try interrupted time series analysis. Alternatively, you may divide the data into two parts, and estimate linear upward and downward trends, although the small number of cases is a problem then.

Not the answer you're looking for? Browse other questions tagged time-series trend stationarity or ask your own question.

1
Unit roots and order of differencing
1
deterministic time trend vs stationarity
0
What should I conclude if a Unit Root Test gives contradictory results with & without a trend?
1
KPSS: Difference between level stationary and trend stationary
0
How to deal with a time series that has a trend but not a unit root?