This book comments briefly on these issue in Sect. 2.2 (see below). Is there some other "canonical" reference for this topic or should this one suffice? 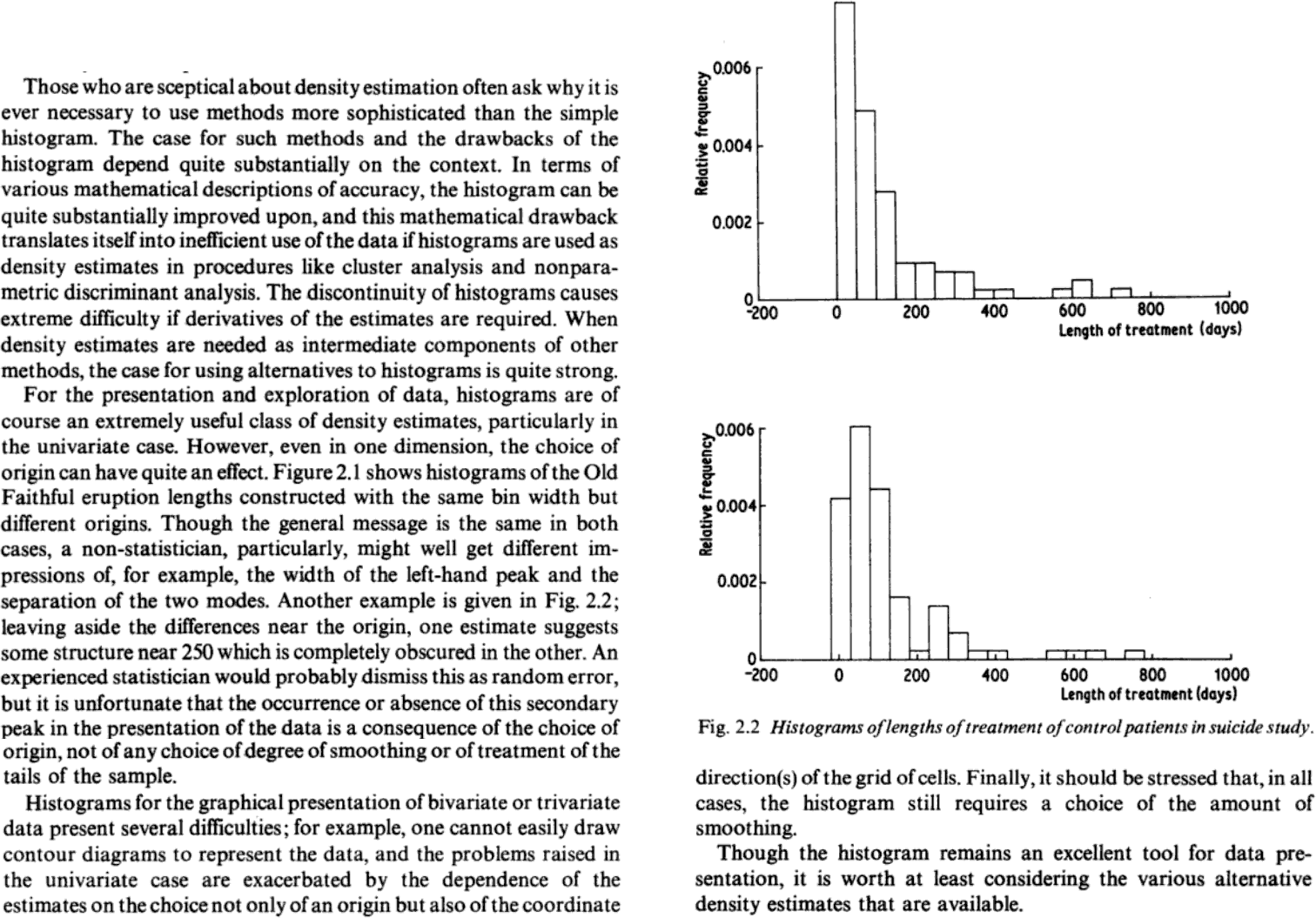 I decided to go looking for a particular paper that I saw briefly, probably at least a decade ago, since it would be relevant (to my recollection it discusses issues with the impact of bin width on the impression of shape with a striking example that looks sort of exponential at one bin width and not exponential with another) but I couldn't find it. In searching for it, I did come across a few things though, including:

Not the answer you're looking for? Browse other questions tagged data-visualization references histogram binning or ask your own question.

111
Assessing approximate distribution of data based on a histogram

25
The reference book for statistics with R – does it exist and what should it contain?
9
Doane's formula for histogram binning
0
histograms for repeated measures
1
Is there a general/golden rule for appropriate binning in a histogram?