I have two non-central t distributions with CDF given by $t_{n,a}$ and $t_{m,a}$ with $n>m$ degrees of freedom respectively and the same non-centrality parameter $a$.

Since the non-centrality parameter is irrelevant for this question, I take $a=0$.

Here is a picture of several cdfs of Student's $t$-distributions: 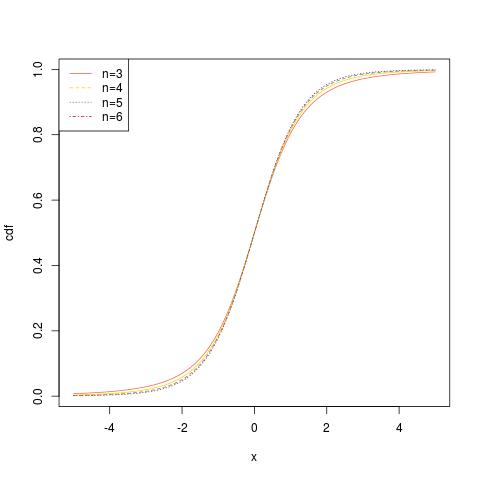 And an even better image from Wikipedia: 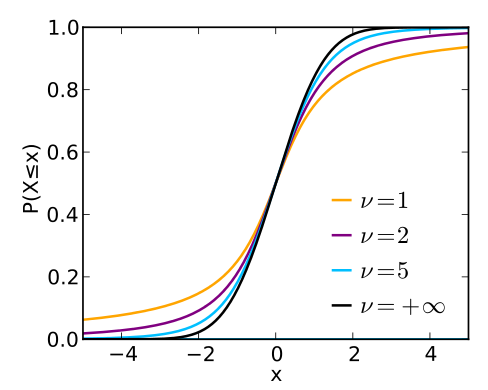 As the $t_n$ distribution has fatter tails than the $t_m$ distribution when $n<m$, hence the former is be less concentrated around its mean/mode/median zero than the latter. This means the cdf of $t_n$ will be larger than the cdf of $t_m$ for large enough negative values of $x$ and smaller for large enough positive values of $x$. As you can see on the picture, all cdf's cross at zero (the slope of the cdf at zero $F(0;n)$ is the value of the pdf at zero $f(0;n)$ which is increasing with $n$).

Not the answer you're looking for? Browse other questions tagged distributions quantiles t-distribution non-central or ask your own question.