How to produce data indistinguishable from a random variable whose distribution depends on another variable?

Apologies if this question is answered elsewhere---I couldn't find an answer elsewhere but that may be because I don't know what the name for the problem I am trying to solve is.

I have two data vectors, X and Y, which are strongly correlated. An example of a scatterplot of such vectors is below: 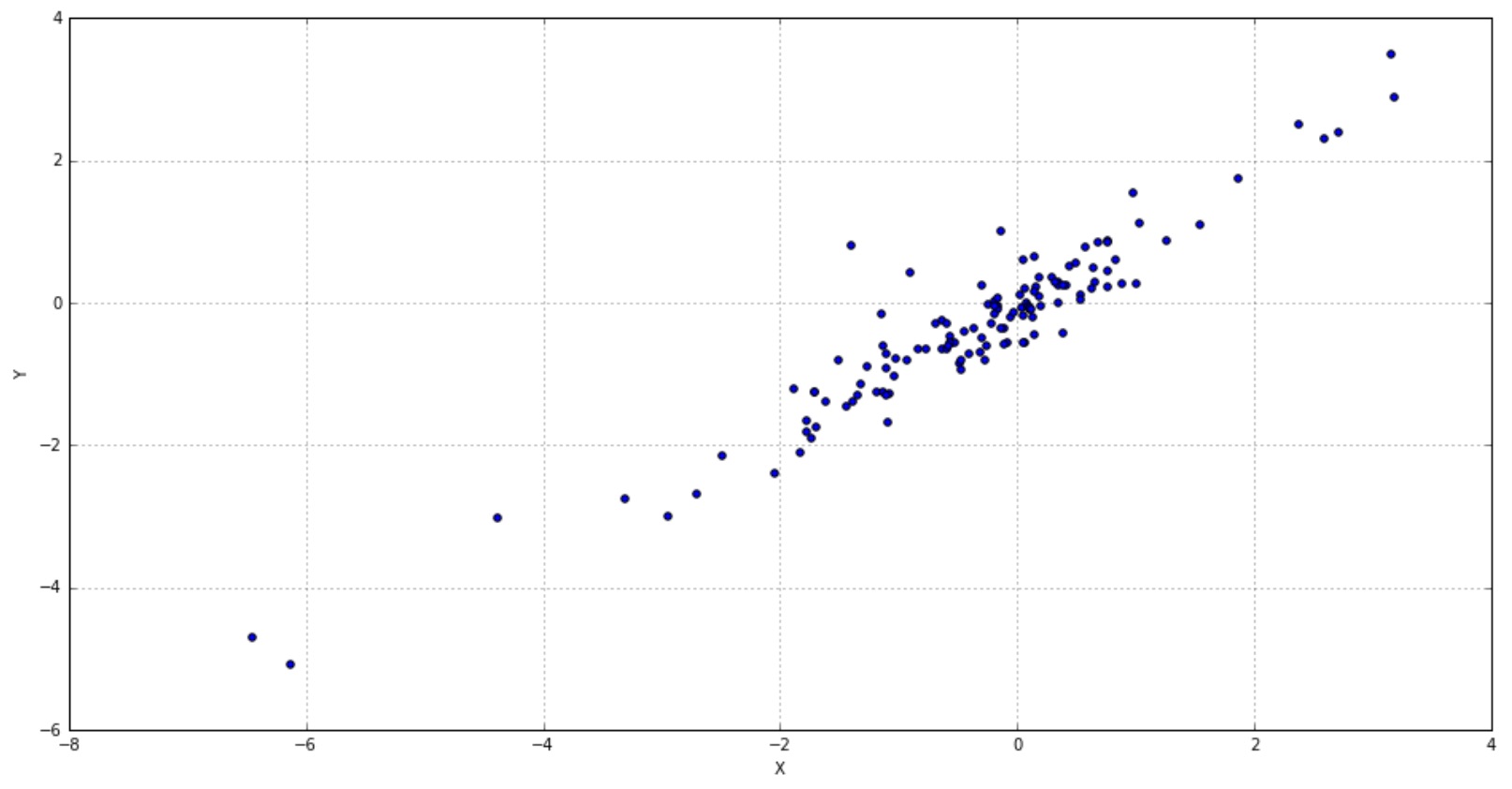 What I need to do is to be able to generate more samples of Y given a value of X, that are (ideally) statistically indistinguishable from the actual observed data. Suppose the above are all the observations I have of X and Y, and that I have no prior information about their relation or distributions (for example, I cannot assume the mean of Y is linear in X, or that Y is normally distributed for each X).

For example, at X=0, it appears that Y has some probability distribution, probably centered at or slightly below zero. I need to create a procedure by which I can input X=0, and get a desired number of samples of Y that are distributed in the same way as how the observations of Y near X=0 appear to be distributed (there may not actually be any observations exactly at X=0).

Here is the methodology that I've come up with so far.

You can see how the above procedure somewhat solves the problem, but with some issues:

Is there some general procedure through which the distribution of a variable, and the dependence of that distribution on (possibly more than) one other variable, can be estimated from a set of observations?

I suspect that this may be related to multi-dimensional kernel density estimation...perhaps I apply multi-dimensional KDE to this data and then fix one of the variables to look at the conditional distribution of the other? Is this the correct interpretation of multi-dimensional KDE? If not via KDE, is there some other procedure which can be used to tackle problems of this sort?

Why not regres Y on X?

Linear regression assumes homoscedasticity: the variance of the errors is uniform over the range of the independent variable. Usually one performs a check to detect the opposite: heteroscedasticity.

After this check, you could estimate the variance of the errors $s^2$, and then generate using:

Here $\epsilon$ is drawn from $N(0, s^2)$, and the rest given by your regression equation.

Not the answer you're looking for? Browse other questions tagged regression probability bayesian conditional-probability density-estimation or ask your own question.

7
Imputing a missing variable based on common variables with another data set
5
Notation for a random vector whose length depends on another random variable?
14
How to choose optimal bin width while calibrating probability models?
4
How do I Estimate Joint Entropy Using a Histogram?
3
How do you compute probabilities for the maximum ball-count in a balls-and-bins model?