I have a set of records from 68 different watersheds that previously mined but reclaimed later. After some years a portion of mined area were converted to forest and there was no difference between unmined sites and reclaimed forest areas.

I am trying to conduct a regression analysis to predict stream conductivity (dependent variable) and my independent variables are reclamation age (year), reclaimed forest area(%) and mined area(%). I ran stepwise multivariate regression in SPSS. It results reclaimed forest was not a significant predictor but only reclamation age and mined area were significant and R-square for the model 0.81. 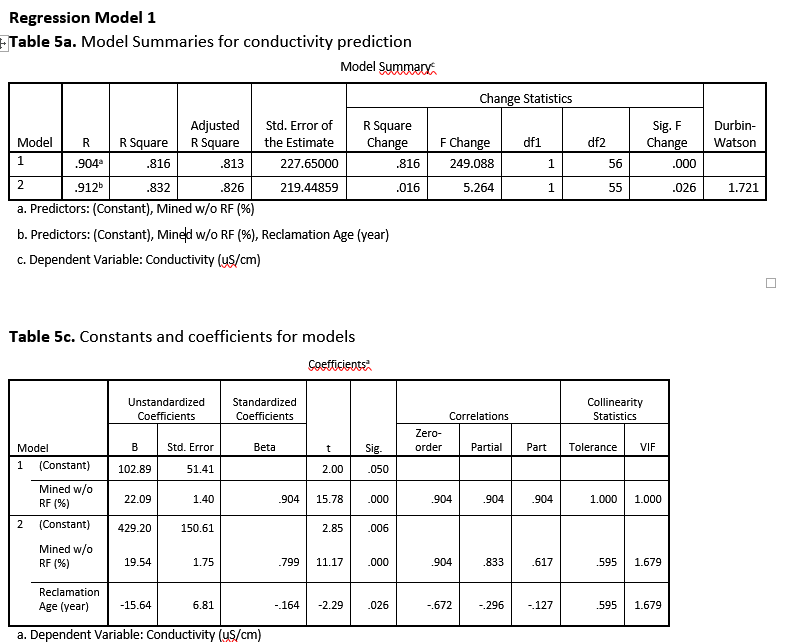 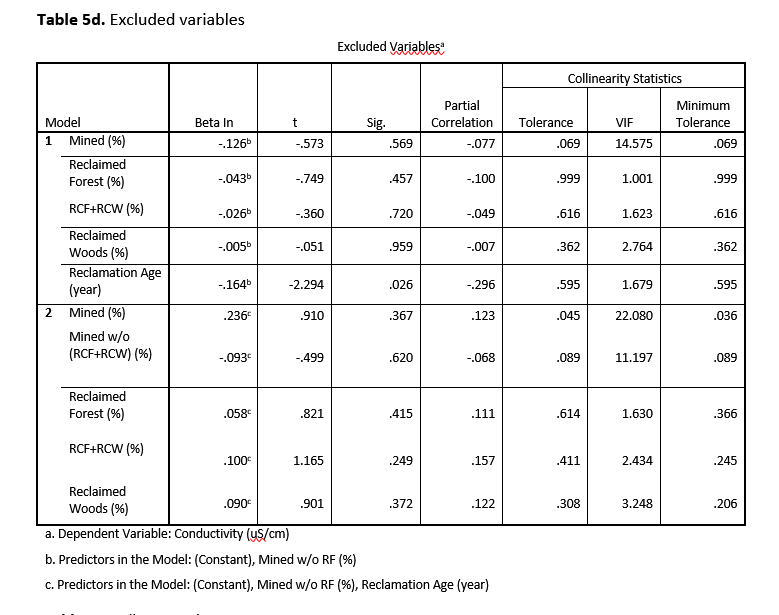 A few things suggest that it would be at least a bit dangerous to use this method.

First, stepwise regression is always a bad idea, whether it is done automatically (by SPSS as in your first step) or manually (by making a linear combination of two of your explanatory variables and adding that to the model). You should base your inference on the fullest model you have fit (ie the one with the most variables and interactions, whether you fit it explicitly or implicitly by just looking at graphics), otherwise your inferential statistics will all be biased towards reporting things as more "significant" and further away from zero than there is evidence to justify.

Third, as @subhash points out in the comments, there is no obvious reason to think the relationship between your variables and the stream conductivity is linear. You need a modelling approach that can handle the possibility of this. However, with only 68 data points you have a limited number of degrees of freedom to play around with when it comes to non-linear relationships and interactions. A Generalized Additive Model of some sort, with modest curvature allowed for each of the two variables, would be appropriate.

Finally, whatever model you finish with, you should use diagnostic methods, including graphical ones, to check the assumptions (eg normality of the residuals, if that is part of assumptions of the model).

Not the answer you're looking for? Browse other questions tagged multiple-regression spss multivariate-analysis regression-coefficients or ask your own question.