If the eigenvalues of a covariance matrix have very low variance, what does it mean?

If we have a covariance matrix $A$

where $D$ is a diagonal matrix which contains all the eigenvalues

then if the variance of the eigenvalues is very small, what does this tell us about $A$?

Intuitively, I think this tells us that the distribution of raw data is like a circle (in a 2-d sense) rather than an oval

Is there any other insight we can discover by looking at how the eigenvalues are distributed?

Each eigenvalue indicates the variance of the data along the direction of the corresponding eigenvector.

Furthermore, if the data are non-Gaussian, the covariance matrix doesn't uniquely determine the shape of the distribution. Even though the eigenvalues tell us the variance along each direction, this may not be very informative about the shape of the distribution. For example, here are some datasets with unit variance in all directions (each covariance matrix has eigenvalues $[1, 1]$): 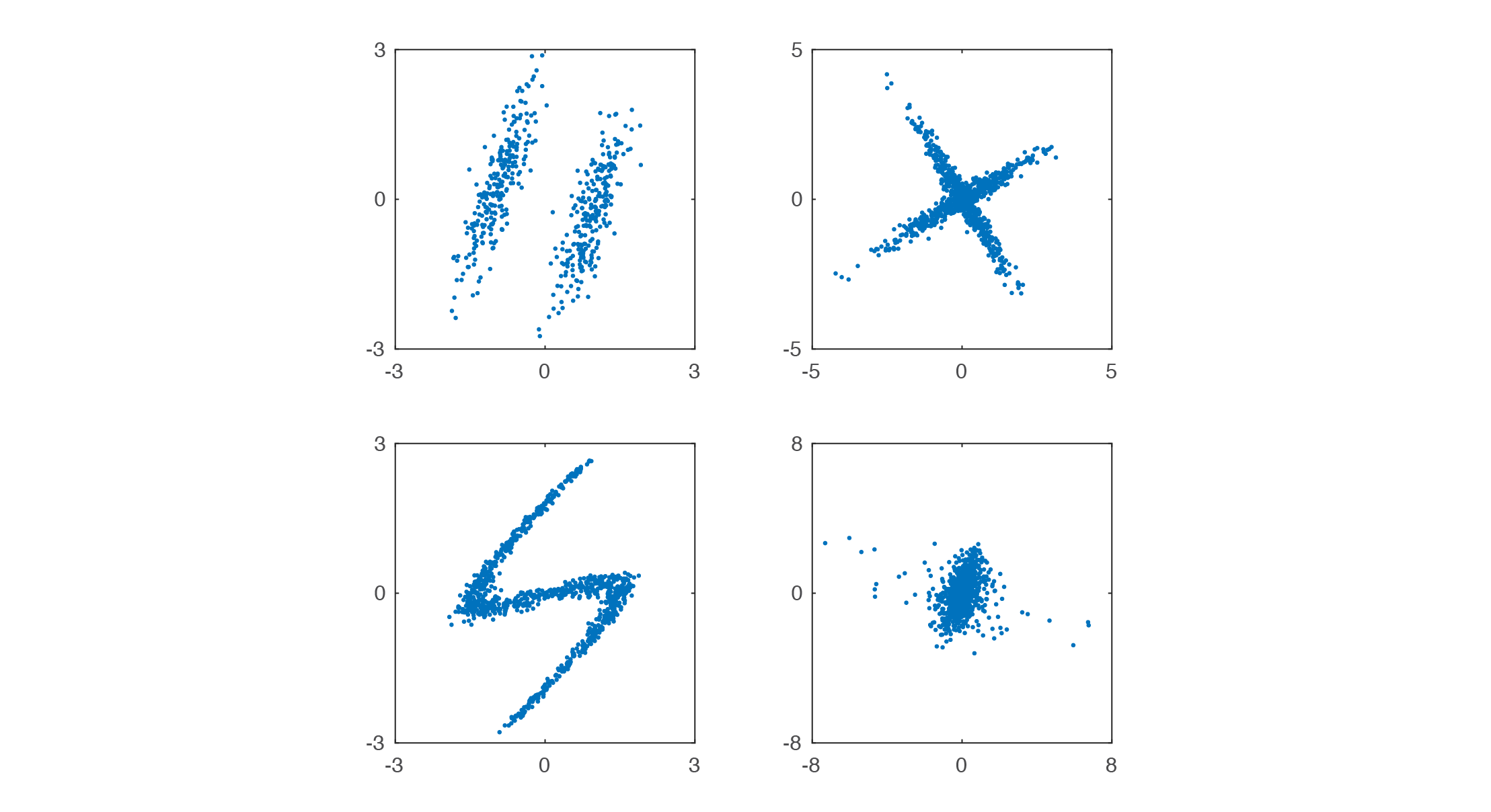 Extremely low variance in a principal component signals a constraint in the predictor variables.

For example if a principal component is a linear combination $x_1 + x_2$ and has very low variance, that signals high multi-collinearity $x_1 = -x_2$.

Eigenvalues are the variance of principal components. If the eigen values are very low, that suggests there is little to no variance in the matrix, which means- there are chances of high collinearity in data. Think about it, if there were no collinearity, the variance would be somewhat high and could be explained by your model. If the covariance is 0, that means, what the first variable is trying to explain, the same the second variable is trying to explain. If thats the case, why keep 2 variables.

Not the answer you're looking for? Browse other questions tagged pca eigenvalues or ask your own question.