This kernel does not integrate to 1 so I bound it in the unit hypercube and I want to sample in this hypercube.

From what I read (Find CDF from an estimated PDF (estimated by KDE), for instance), I have to come up with the multivariate inverse CDF.

For now I just use a hack which consists in:

It works but will get the curse of dimensionality. Something like this: https://stackoverflow.com/q/25642599

Even the CDF in a multivariate space would be enough I guess as I would be able to use some fixed point for example to do the inverse. 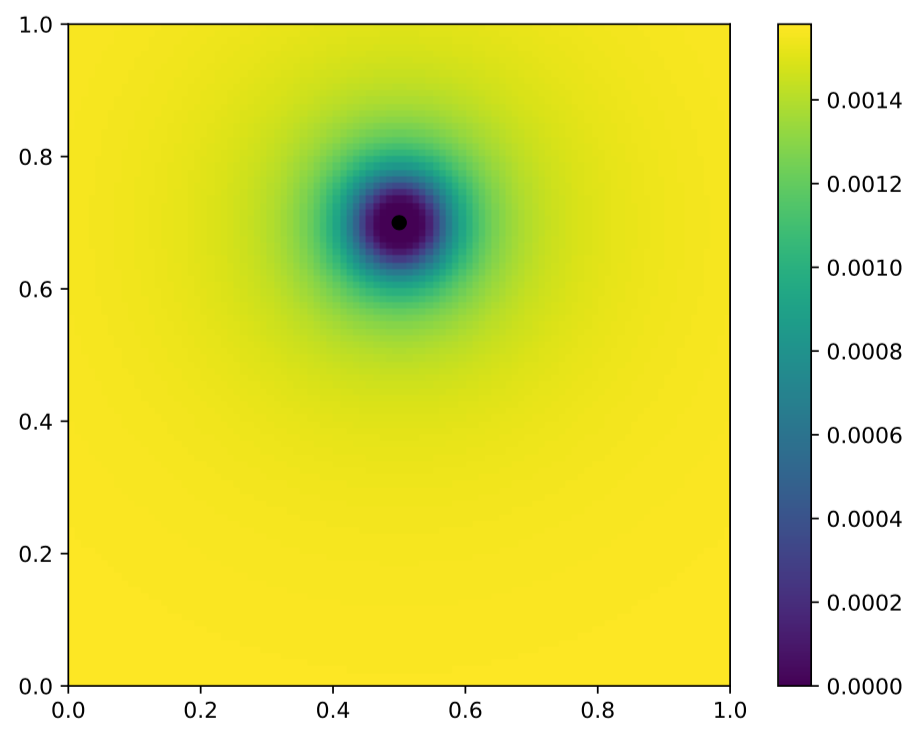 Here is the result of this experiment. Color is the probability, black point is the point used for fitting the KDE and red points are samples generated using Metropolis-Hasting MCMC. 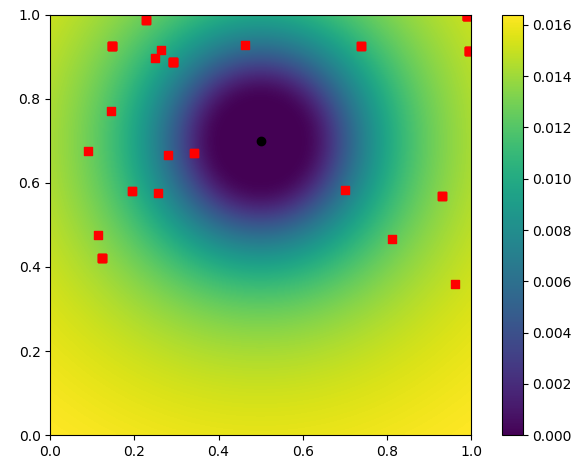 You might have to bound the support of $P$ and $Q$ in order for $M$ to exist, and the speed of this whole process hinges on how close your proposal $Q$ is to $P$. In your case, a good proposal would be the uniform distribution over the unit cube.

If that isn't fast enough, the next places to look are at adaptive rejection sampling, Metropolis-Hastings MCMC, and then maybe an advanced MCMC scheme like NUTS.

UPDATED: If I understand your question correctly, you have generated a kernel density function from a set of data $x_1,...,x_n \in [0,1]^m$ using some non-standard kernel, and now that you have generated the "density", you want to be able to sample from this in a simple way. You are using a Gaussian kernel, but with an inverse substitution of the distance; your kernel function is:

(This might also have some other estimated parameters for the kernel, like a bandwidth, but that does not affect this question.) Since the KDE is literally just a uniform mixture distribution, using kernels placed at the data values, the simplest way to sample from this density is via the following two-step process:

13
How can I draw a value randomly from a kernel density estimate?
7
Find CDF from an estimated PDF (estimated by KDE)
1
Random sample using KDE or bootstrapping