How to forecast a set of different time series?

I am trying to forecast a large set of time series that feature very different characteristics. The figure below shows three exemplary series: 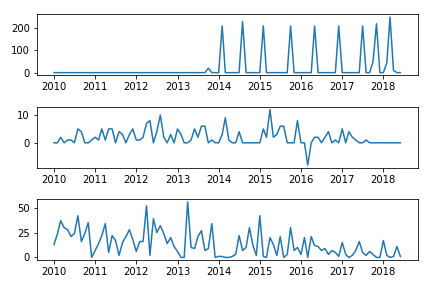 My first idea was to identify periodical repetitions as they are present in the upmost subplot. For this I followed the advice from this answer. I hoped that for very periodic data I would find significant peaks in the power spectrum of the time series and could thus distinguish between series with and without repetitive patterns.

However when I used the scipy's periodogram function on the data I was not able to get a distinctive difference for the three example time series, as shown in the following figures: 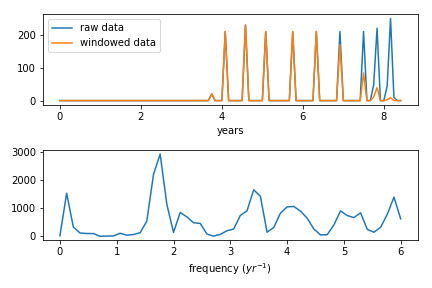 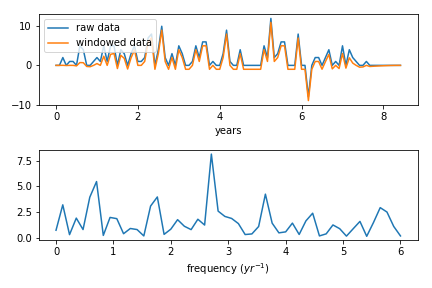 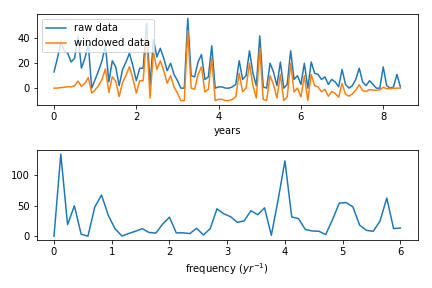 What different method can I use to identify periodic patterns and utilize this information to optimize forecasting?

First of all, let me be clear on that there is no 'right approach' for time series modelling or forecasting in general. Since you have a large amount of different time series, it is imporatant to decide if you want to model them all seperately or that you assume some sort of dependence. From your question it seems to me that you assume they are independent.

An often used approach in time series is the Box-Jenkins methodology, which works based on identifying aspects such as periodic effects (e.g. monthly/yearly cycles) or non-periodicity. For more information about their approach on ARIMA modelling check the Wikipedia or the book they've written on this.

If you are into a differenct class of models, such as machine-learning you could look at LSTM. Without more information it will be hard/impossible to fully answer your question.

Not the answer you're looking for? Browse other questions tagged time-series forecasting pattern-recognition sequential-pattern-mining or ask your own question.

78
What method can be used to detect seasonality in data?