I have 5,000 samples drawn from each of approximately 50,000 distributions. I have good reason to expect most of them to be normally distributed, and I expect some of them to be multi-modal (mixture of Gaussians). I would like to understand:

When I randomly spot-check with histograms and Q-Q plots, I find (as expected) that many of these distributions appear to be Gaussian (or at least, normal enough for my purposes). I've included an example below. I occasionally get a multi-modal distribution when spot-checking, and I will also very rarely get a plateau. Unfortunately, normality testing (Shapiro–Wilk, etc) is not a reliable way to distinguish between normal and multi-modal distributions, since my sample size is large enough to cause it to reject distributions I am willing to accept as "normal enough."

I would like to visualize and/or compare as many of these distributions as possible. I've looked at plots like this and this, but I have far too many distributions to compare.

Does anyone have any suggestions? 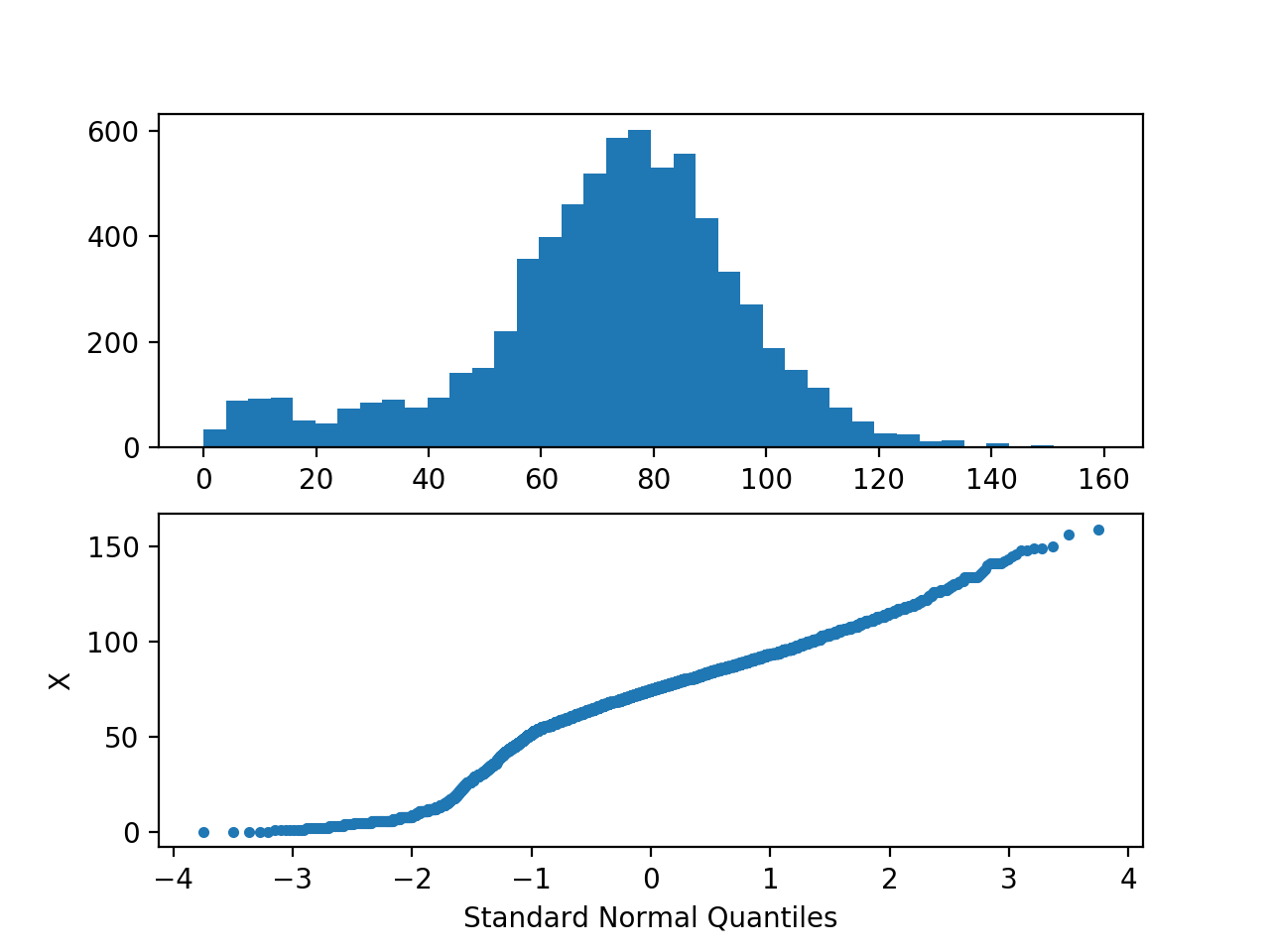 Heatmaps work well for this. I computed histograms for each of the 50,000 distributions and made a (50,000 x bins) image where each row is a histogram. I did have to remove the mean, but it is very easy to see how many of my distributions are multimodal. This also let me identify rows in the image to have a closer look at to see if there are some similar properties shared by the multimodal distributions. 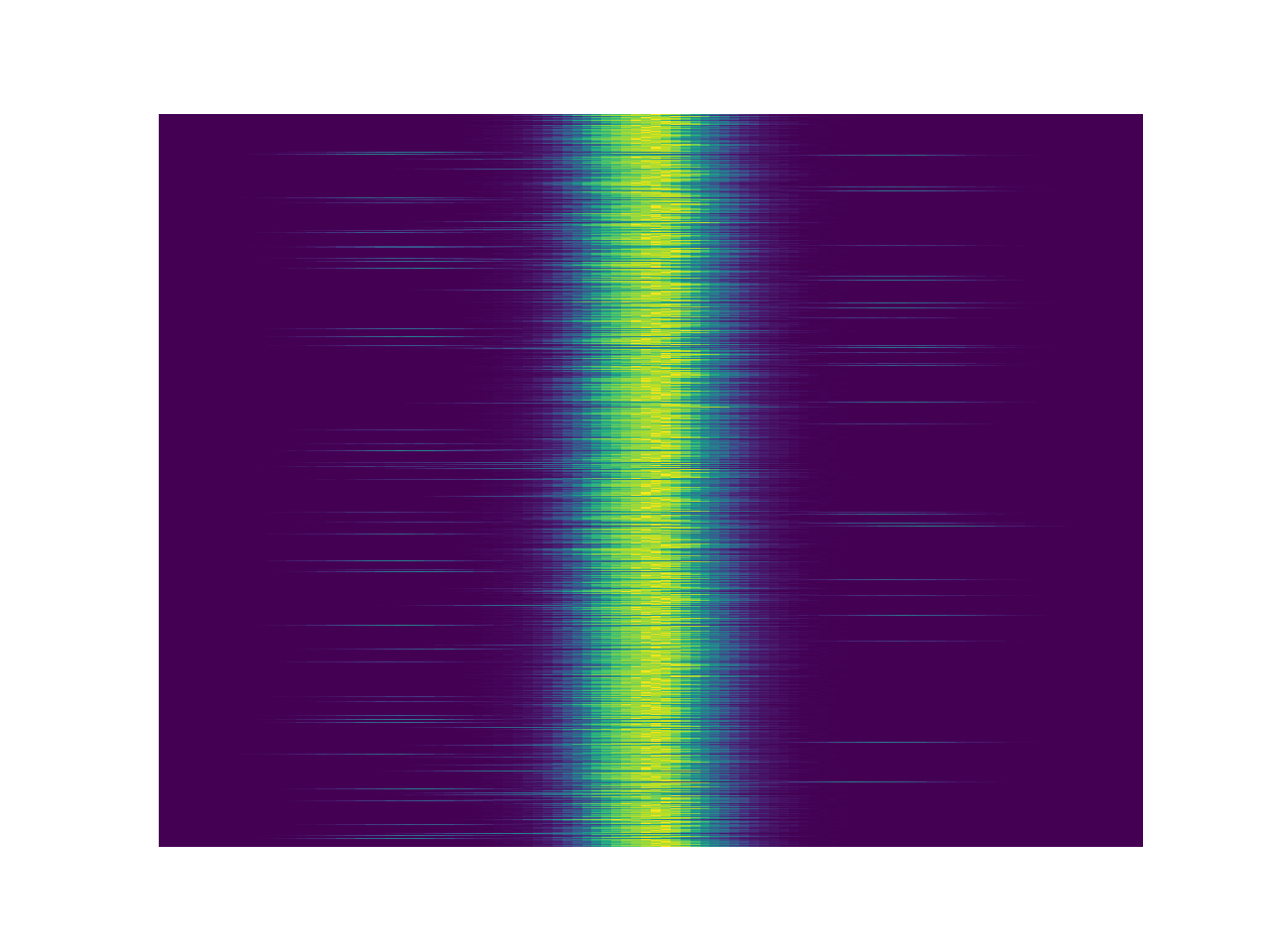 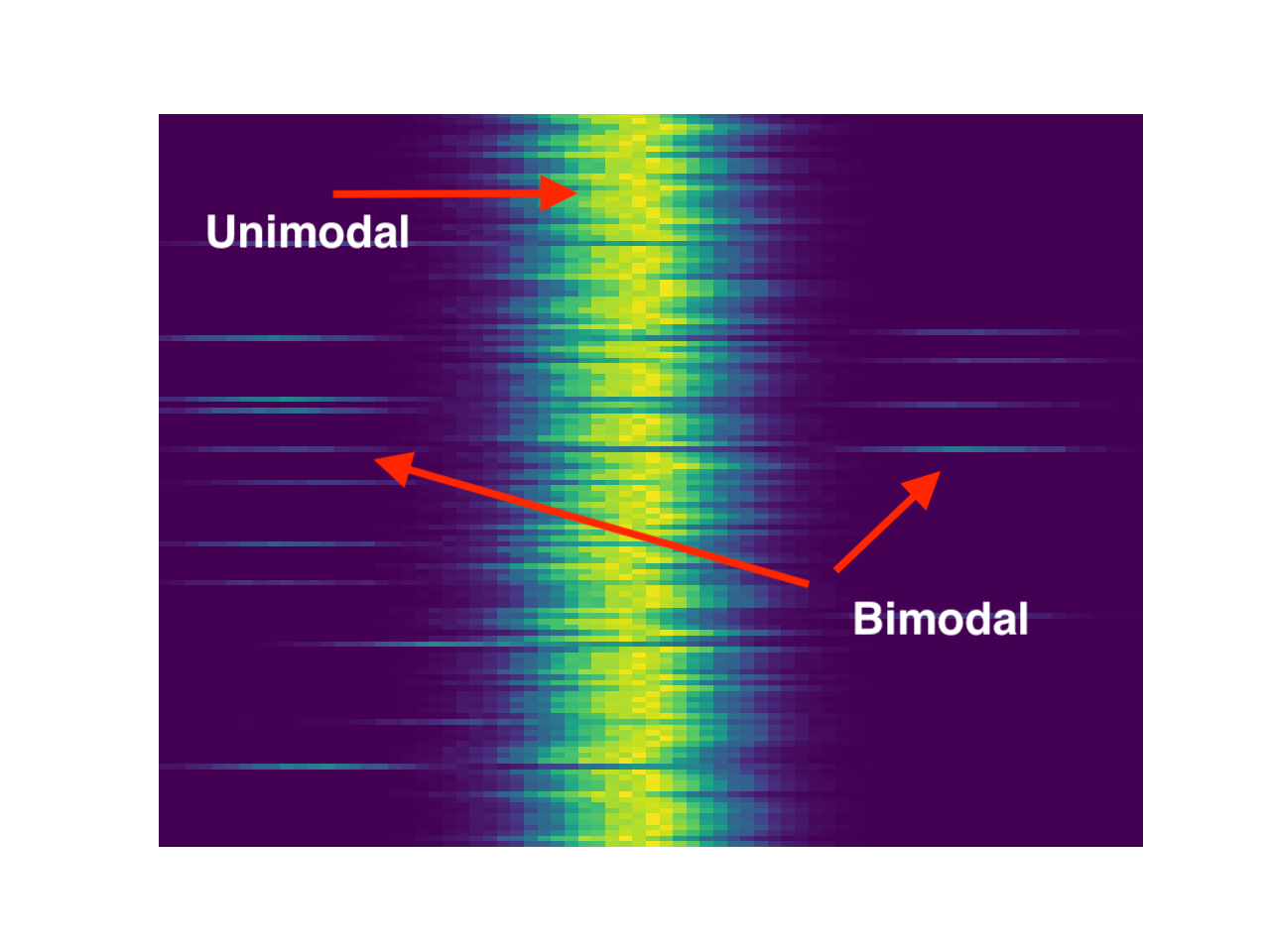 Not the answer you're looking for? Browse other questions tagged normal-distribution data-visualization gaussian-mixture-distribution or ask your own question.

9
Estimated distribution of eigenvalues for i.i.d. (uniform or normal) data
1
Compression of gaussian mixtures
16
What distribution does the inverse normal CDF of a beta random variable follow?
2
Shapiro-Wilk says data is not normal, but histogram looks like that
1
Spearman correlation signficant but scatter plot not?
8
What is this “phenomenon” called?
3
Can we ALWAYS assume normal distribution if n >30?