I have a question concerning a Cox proportional hazard model (in R) on which I would love to get your opinion and feed back! I think that there is a problem, however I would like to be sure and understand it.

I want to model survival of 41 animals of which 29 are already dead. I want to fit 4 predictors that all measured different behaviours of individuals. Two (Behaviour 1 and 2) of the 4 are correlated (Spearman rank correlation r=0.39, P=0.011), however I checked the variance inflation factor of all predictors and the highest is 1.9, so this should be ok? I also control for age class at the start of observation in the model, as some subjects were already adult when I started measuring their behavior. This makes it 5 predictors for 41 observations. Is this leading to the weird(?) results (see below)? I checked the proportional hazard assumption via the function cox.zph(), and it is ok.

The problem is: the two correlated predictors have opposite effects on survival, one a positive, the other a negative, and from the correlation I thought that they measure more or less similar things. If I fit them separately they are not significantly explaining survival. The other thing I don't really understand is that their effect is very small (hazard ratio close to 1) compared to ageclass, but still very significant?

I would appreciate very much your help. Thanks a lot!

Edit: The behavioural variables 1, 2, 3 are continuous, 4 is discrete. I performed different behavioral tests. Behaviour 1 and 2 have a quite similar range and measured seconds of behaviour (up to 1200 seconds max.). 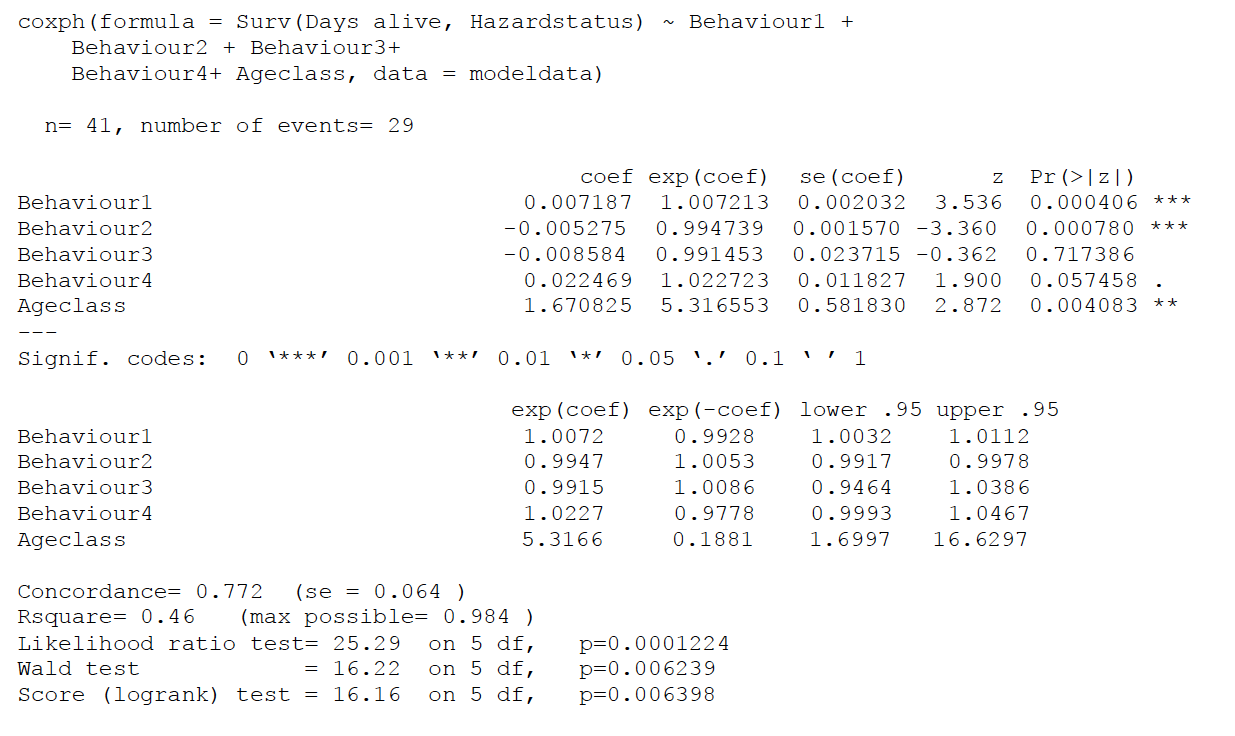 Browse other questions tagged cox-model multicollinearity overfitting proportional-hazards or ask your own question.