How do I test a hypothesis that proposes existence of a positive relationship between two variables?

For my empirical experiment, I have analyzed the behavior between two variables. My one-sided hypothesis is "Increase variable A, then will variable B also increase." Now, I want to do a statistical test to confirm my hypothesis.

I have plotted the two variables. Below are some plots of my results. The blue circles are the measured data, and the orange line is the plotted linear regression. 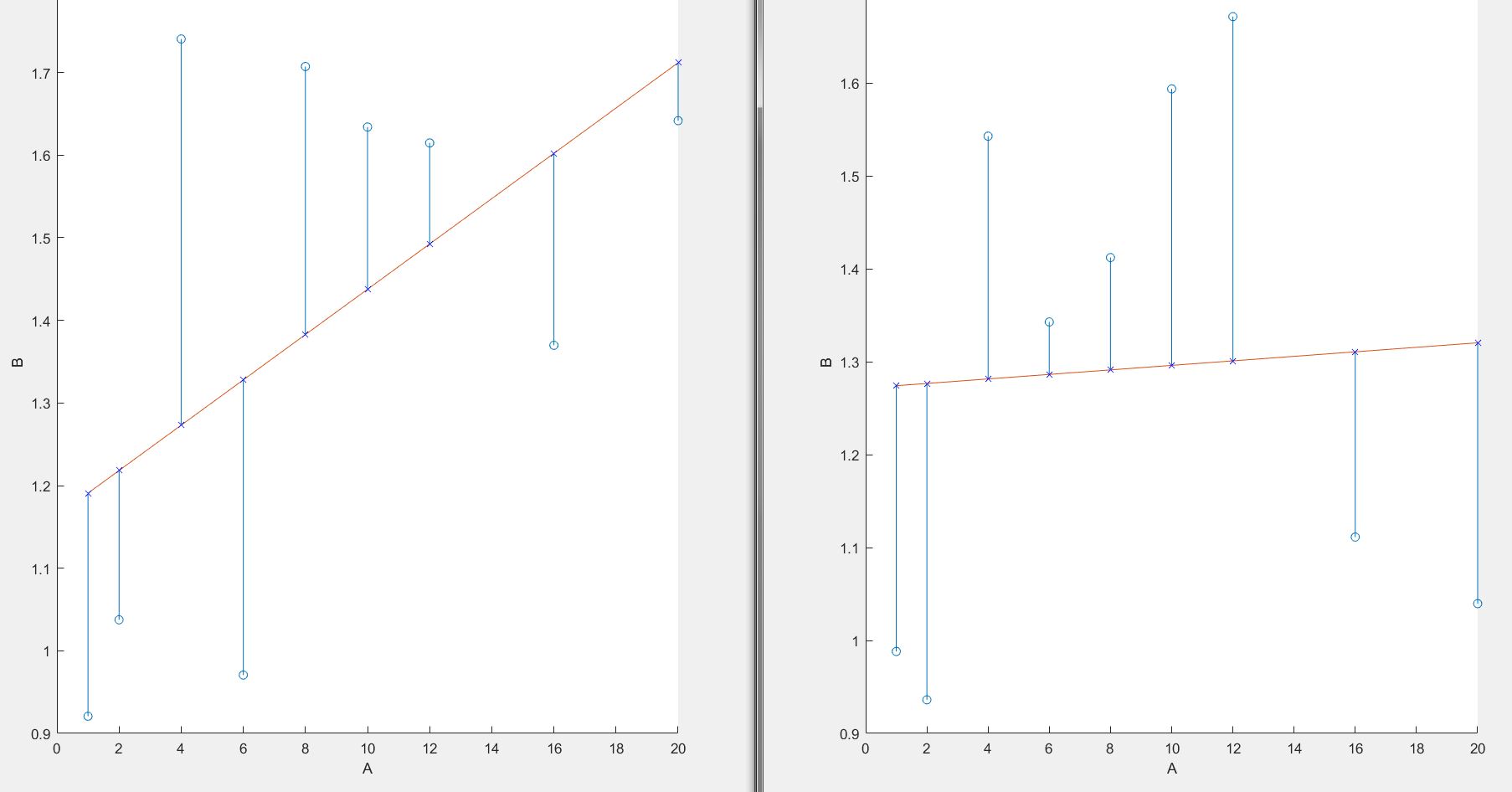 I do a regression over the data, but it seems to be non-linear. Which test do I have to do now to test my hypothesis?

Spearman rank correlation is another option. It can "catch" any, not only linear, monotonic (increasing or decresing) relationship between variables.

You can translate your hypothesis "Increase variable A, then will variable B also increase" to "Spearman rank correlation coefficient is positive (larger than zero)" and perform significance test.

Major drawback is that, as every nonparametric procedure, it performs poorly with small sample sizes.

Even though the relation is non-linear (or maybe it is but with a lot of noise!), you can use linear-regression and then check for significance of the coefficient corresponding to variable $A$ (test for $\beta_A:=0$ in a model $B= \beta_0 + \beta_A A + \epsilon$ where $\epsilon$ is the "error term")

The reasoning is that you just want to see whether ("B increases with A") rather than determining the underlying relationship between A and B. So, you can just if you get a "big enough positive $\beta_A$" with that test

Not the answer you're looking for? Browse other questions tagged regression hypothesis-testing nonlinear-regression or ask your own question.