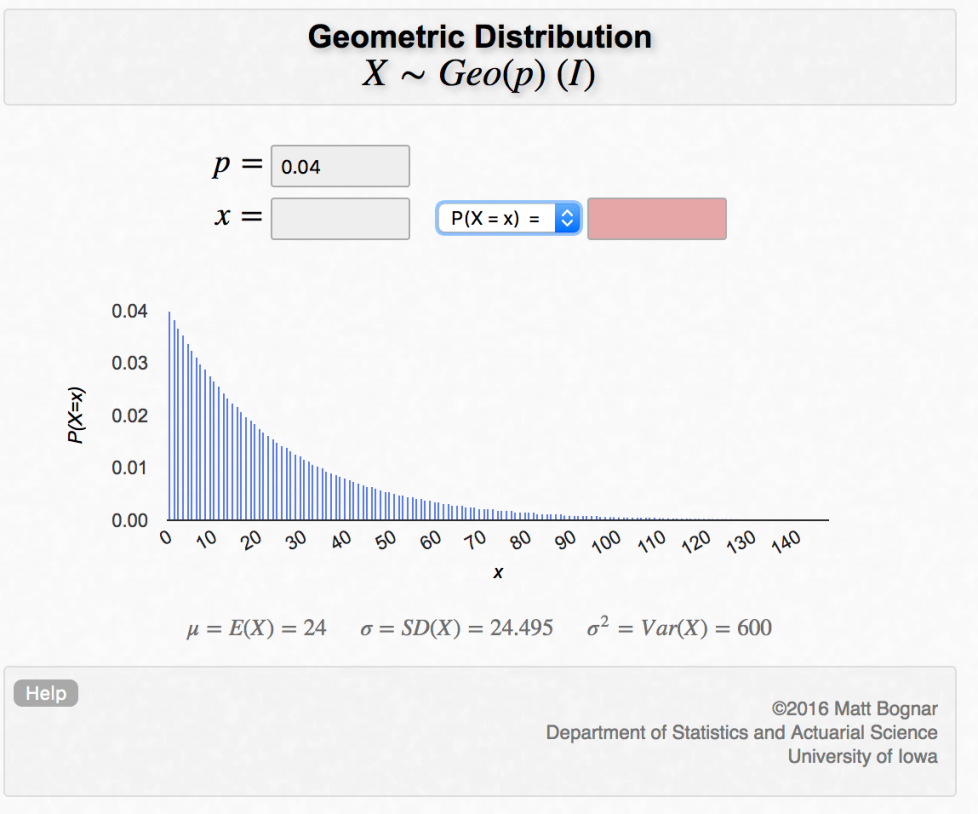 I understand the graph mathematically from the probability formula, but it seems kind of unintuitive for the chance of first success being x to keep going down, since I wouldn't expect getting a success on the first try to have the highest probability with p = 0.04.

So if I run an experiment with a random number generator with chance of success = 0.04, and record the trial in which I get my first success and plot it on a graph, would it be expected to look something like the above distribution, where getting a success on the first try would be the most common event?

Yes, if you simulate this process you should see something like the probability function you have shown (plus some variation due to random noise). The larger the simulation, the more the sample proportions should reflect the population proportions.

Not the answer you're looking for? Browse other questions tagged geometric-distribution or ask your own question.