Why Pareto distribution has pointy head? How its symmetrical version looks like?

I want to use Pareto distribution for the stock price probability distribution. They say (B. Mandelbrot and N. Taleb Mild vs Wild Randomness) it represents the price changes, especially the tail events, better than the normal distribution.

1) If the difference between Pareto and Normal distributions mostly in tails - why they have different heads too? One is round another is pointy. Is it because Pareto one-sided, if so how its symmetric form would look like? 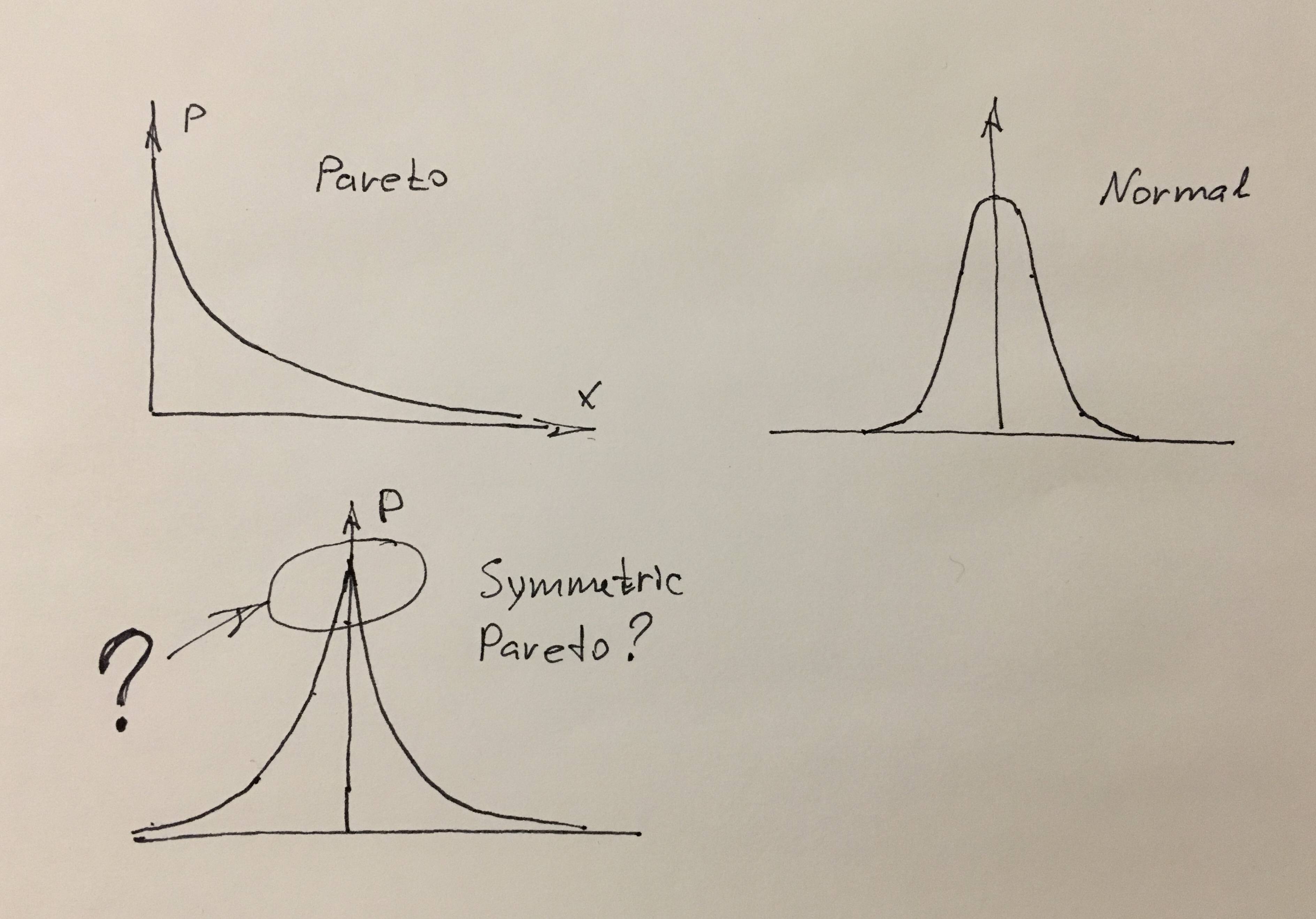 2) How to use Pareto to replace the Normal in price distribution? What to do with the fact that it's one-sided and has pointy head. It could be mirrored to another side, but the head still be pointy. Also, it could be blended with Normal, use Normal for head (let's say till one sigma) and Pareto for tail (more than one sigma) and normalise it to sum to 1. I don't need the analytical solution, just good enough approximation for numerical computations.

As far as I remember a probability density distribution $f(x)$ has to satisfy two conditions:

Maybe there is a third condition, which I can't remember. You should look it up.

As these conditions are rather easy to satisfy, you should not stick to the well-known distributions and try to fix their shortcomings, but rather define your own density distribution. The procedure is simple:

Not the answer you're looking for? Browse other questions tagged probability distributions pareto-distribution fat-tails or ask your own question.