How to emphasize a sudden drop in time series for the purpose of clustering?

I would like to cluster uni-variate daily time series so that an emphasis is put on sudden drops in time series. Series that contain such uncommon drops should be in one cluster (drops should influence the distance to other series), whereas series that don't have such nosedives are in another cluster. Each series consists of 96 values (a 15-minutes aggregation interval).

Below you can see five exemplary series before clustering: 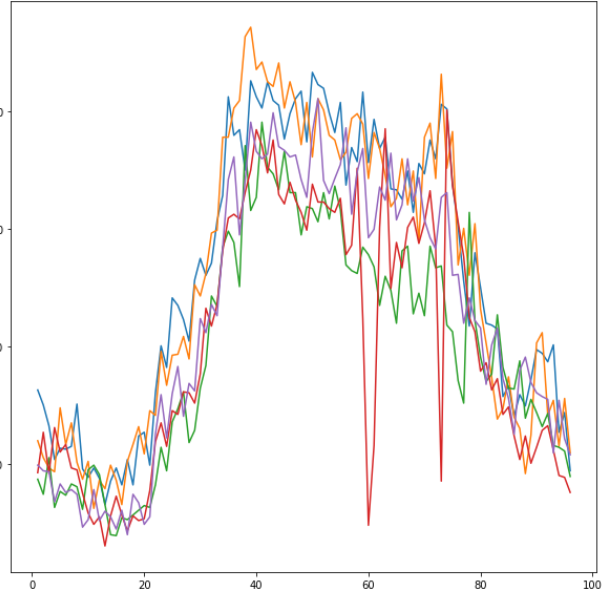 And here, after - series have been clustered with k-means with euclidean distance as a similarity measure: 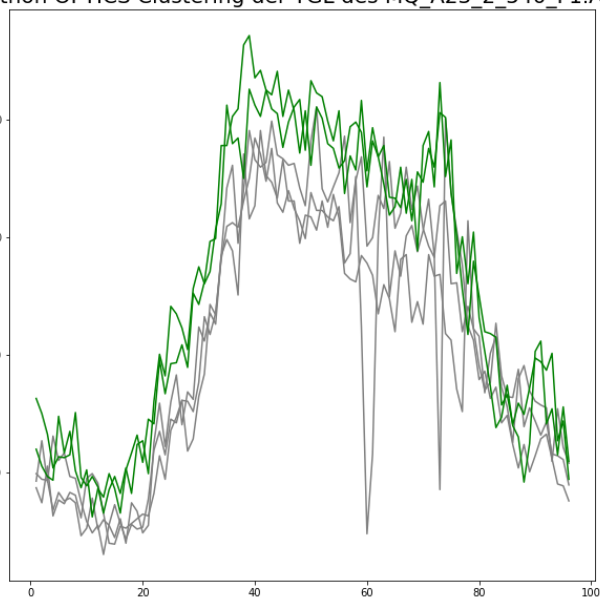 In this specific case I would like to obtain a clustering that yields the 1:4 grouping, in which the red series (see picture 1) is in one cluster (its distance to "normal" series is big) and four other series are in the second cluster.

What is a suitable distance metric to be used in order to achieve the desired result? Should series be represented in other way, for example as a feature vector? If so, what is a statistical property that accounts for such abrupt changes?

One approach would be to hand-engineer feature(s) that represents the characteristics that you care about. In this case you could try computing the moving median over maybe 5 steps, then for each time-step compute the difference to this median, and take the max of these differences across the entire series.

Another approach would be to use an Anomaly Detection algorithm. This has the benefit that it can also detect new kinds of abnormalities. Autoencoders are usually the best for time-series. For this you'd need to prepare a dataset with only "normal" data, to train on.

DTW is perfect for this, see examples at https://www.cs.unm.edu/~mueen/DTW.pdf

Not the answer you're looking for? Browse other questions tagged time-series clustering k-means distance sequential-pattern-mining or ask your own question.