Why no orthogonality of residuals and predictions in neural networks?

One fact about linear regression is that the predictions and residuals are orthogonal. In other words:

In nonlinear regression, this fails to be the case.$^{\dagger}$

That does not make sense to me. I've simulated what happens and confirmed that the nonlinear regression lacks orthogonal residuals and predictions, but it still is not intuitive, particularly for an approach with a neural network.

A few links to threads that discuss this lack of orthogonality:

regression - does R2 only apply to measure linear regression performance?

Is R-squared truly an invalid metric for non-linear models?

It appears this is due to the instability of the hidden features and the dynamics of gradient descent with these shifting features.

I did some experiments fitting with a small network with 3 hidden neurons, fitting one dimensional nonlinear data.

If you freeze the first layer, and only run gradient descent on the last layer, then the residuals go to zero: 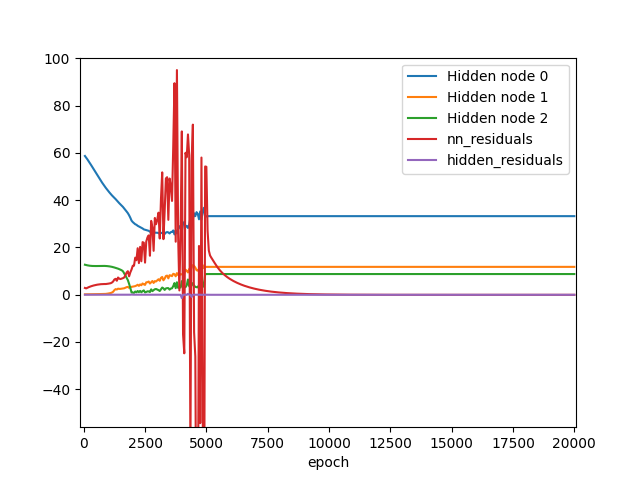 Here I froze the first layer at 5000 epochs. The red line is plotting $\sum_{i=1}^N \hat{y}_i (y_i-\hat{y}_i)$ for the NN's predictions; the purple shows the same sum calculated with linear regression on the hidden features. The other lines show the activations of the hidden nodes and how they shift around until I freeze them.

If you just run forever, the residuals will go to zero if the hidden features stop shifting around: 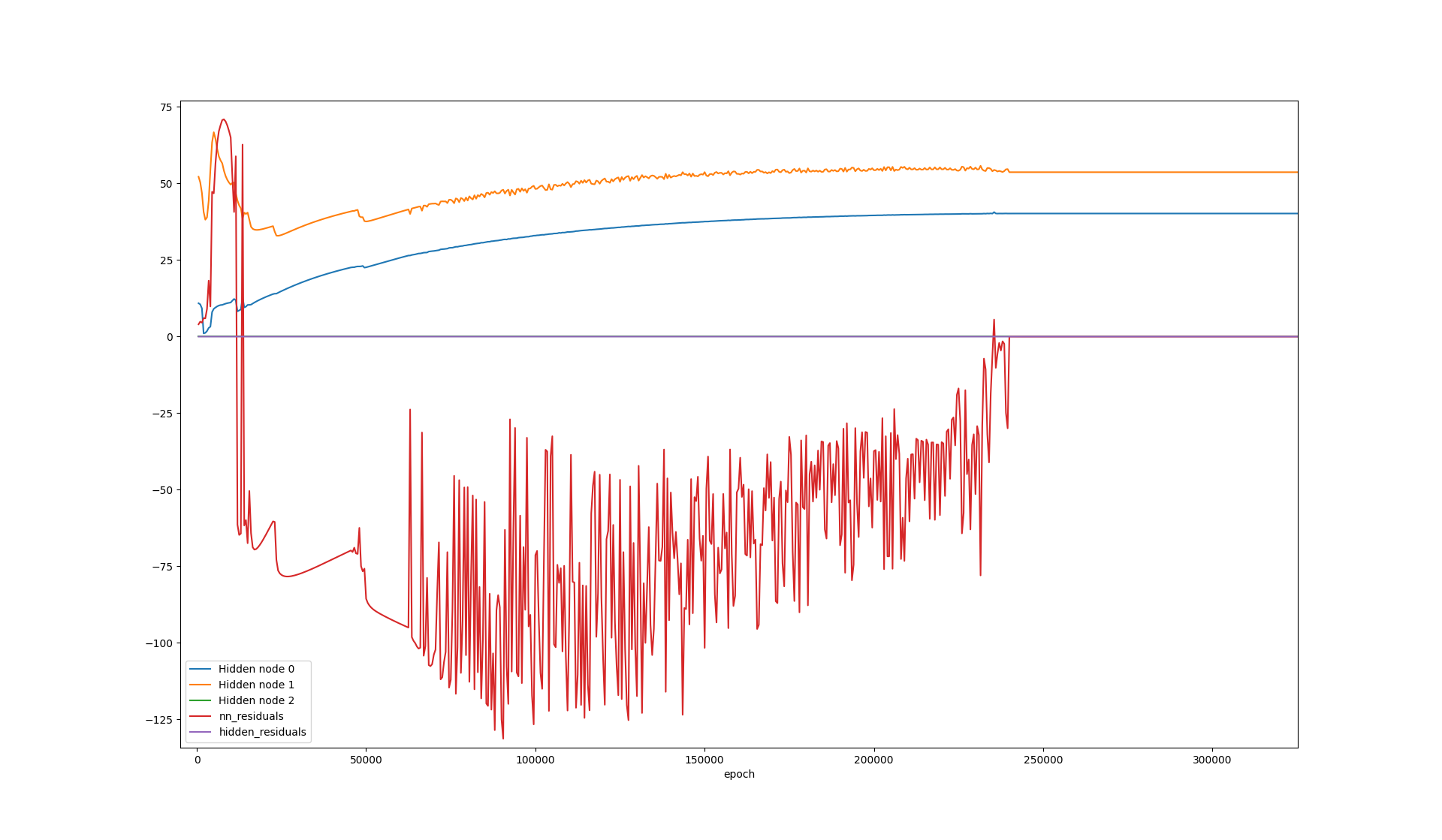 Not the answer you're looking for? Browse other questions tagged regression neural-networks residuals nonlinear-regression or ask your own question.

9
Is R-squared truly an invalid metric for non-linear models?
5
regression - does R2 only apply to measure linear regression performance?