Suppose we have two random variables $X_1$ and $X_2$ that both have finite expectations, that may or may not be correlated, and that are known to be linearly related (i.e., I mean their sum forms a straight line of constant slope) according to the equation, $$ Y = aX_1 + bX_2 . $$ We know, by construction, that $E[Y|X_1=x_1]$ is is a straight line with constant slope. Then, when is $E[X_1|Y=y]$ also linear in the same sense?

Any help is much appreciated!

EDIT: Here are examples below demonstrating a case when $E[X_1|Y=y]$ is not linear (i.e., does not form a straight line with constant slope despite $E[Y|X_1]$ being linear), specifically with $X_1 \sim Uniform[-2,2]$ and $X_2 \sim Uniform[-3,3]$ and coefficients a = b = 1. The first two plots are simulated data, where the black line is a moving average. The third plot is the actual numerical solution found by computing the conditional pdf and integrating. 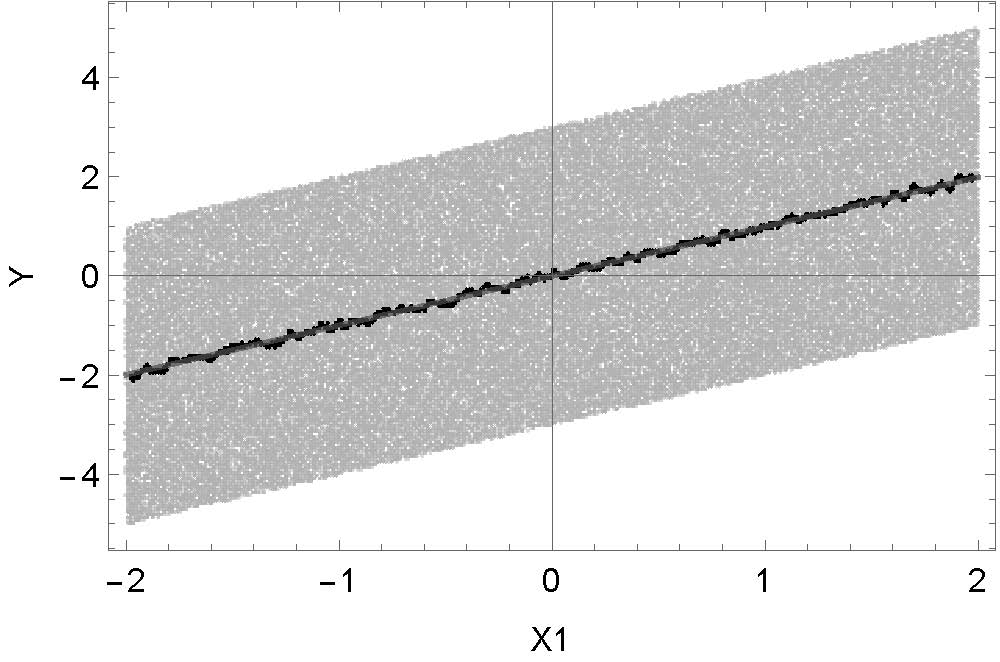 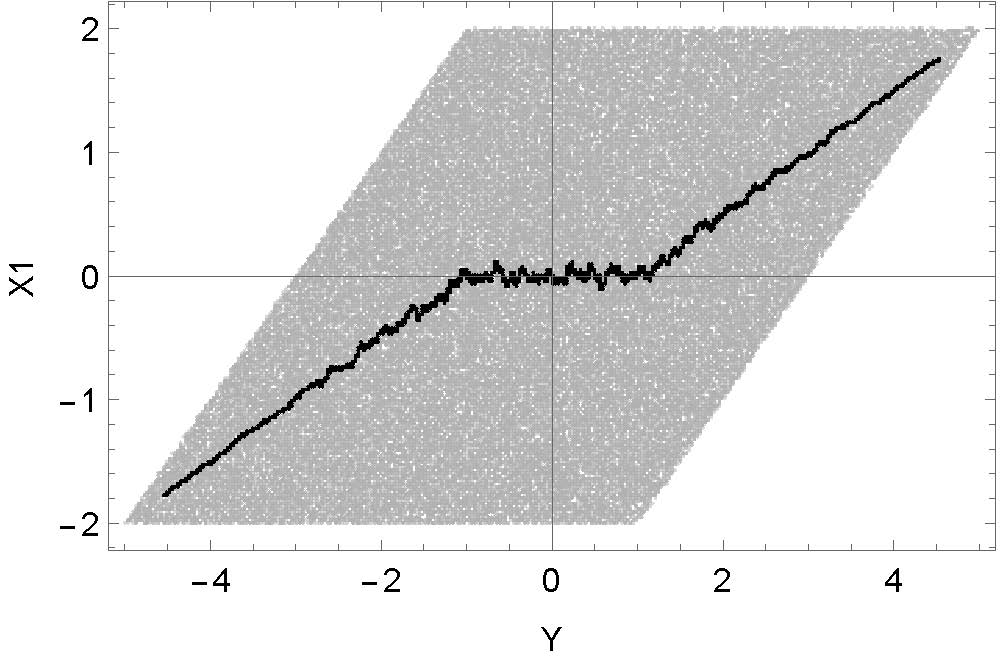 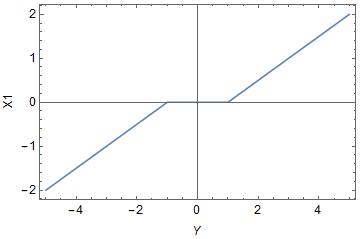 So I figured out an answer that I'll leave here in case anyone else has the same question. As a non-math person I could use some help making this more precise, and I would still like to have a citation for this theorem, since this must be a well known result.

Not the answer you're looking for? Browse other questions tagged regression probability distributions conditional-expectation or ask your own question.

5
Linear regression with constrained coefficient
6
Probability Interval for Gamma Distribution
26
How to describe or visualize a multiple linear regression model
6
Finding the support of transformations of random variables
0
How do I use nonlinear Regression to fit my data into a particular function?
2
Are scatter plots between independent and dependent variables reliable ways of refuting linear relationships?