Why are extreme correlations so common in this Monte Carlo simulation? [duplicate]

Which gives a diagram similar to the following: 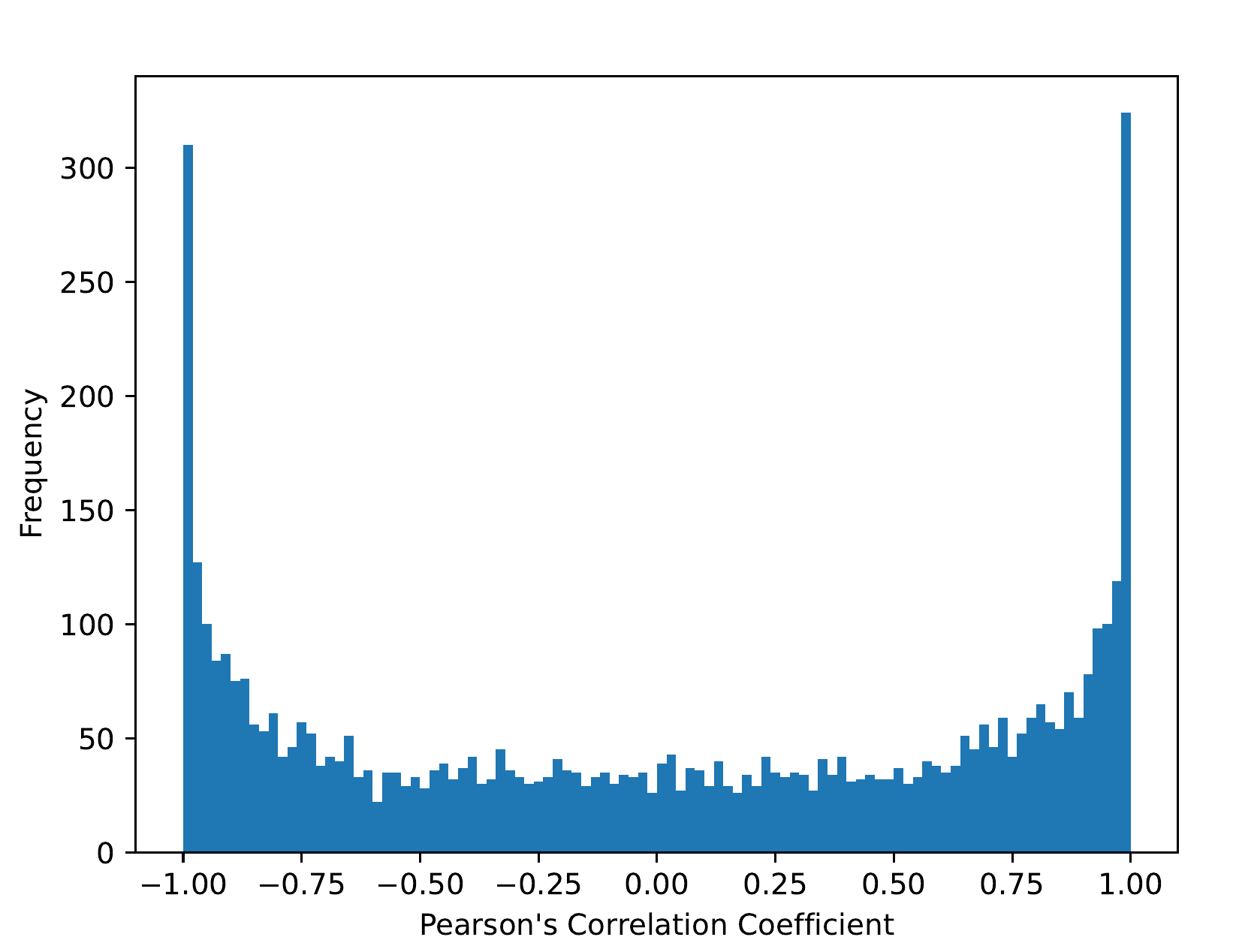 In words, 5009 IID standard normal variables are sampled in triplicate (n=3) and are paired to the values (1,2,3). The code above computes the Pearson's product-moment correlation coefficient between the triplicate standard normal variable measures and the sequence (1,2,3). I am curious about the distribution that results, which appears to my surprise to be non-uniform. I suspect there is a mathematical reason behind this reproducible effect.

For an intuition why the correlation is so extreme you might consider the distribution of $R^2$.

You can regard correlation as a linear fit which splits the random variable $y$ into a linear model part and a noise part. This has a geometric interpretation of a perpendicular projection of the n-dimensional datapoonts $y$ onto a surface spanned by two vectors $a \cdot \vec{1} + b \vec{x}$. See for instance the illustration from this question

The variance of these model and noise components (which, by the way, are independent) are $\chi^2(\nu)$ distributed with the model part one degree of freedom $\nu=1$ and the noise $\nu=n-2$ degrees of freedom. So the distribution of $R^2$ is similar to

when $X_{noise}$ is small this ratio is relatively more often close to $1$.

which is similar to a F-distributed variable shifted by 1. When the degrees of freedom in the noise are low then this $1 + \frac{X_{noise}}{X_{model}}$ will be close to 1.

Vector length seems to be too small, $n$, trying $30$. Minor changes to your sample code:

Also, if we think that a noise should be uncorrelated, so correlations should look like normal centred at zero, not uniform: 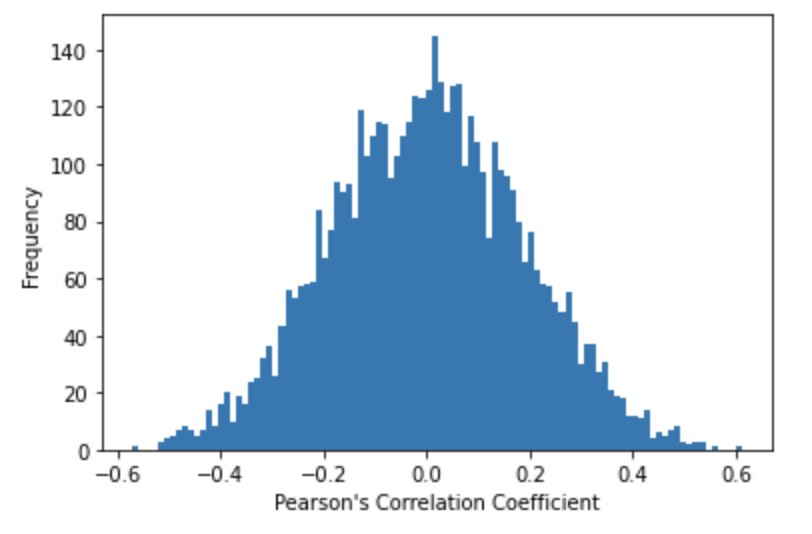 . This is the consequence of law of large numbers, intuitively.

Edit: Good point from @user20160. The length argument can be thought in terms of Autocorrelation Functions in time-series. Because observation is valid for two random variates too. So increasing length will decrease ACF to 0, mean value in the simulation. For small n=2, it is all fully correlated then it decays with increasing length.

Not the answer you're looking for? Browse other questions tagged correlation normal-distribution monte-carlo ranks or ask your own question.