Prediction interval for my bus journey

I take the bus to work and I am trying to make a prediction interval for the journey time to work so that I can leave the house and be 99% sure I will get to work on time. The journey has 2 parts.

So I am trying to create a prediction interval for the total time Z which is the sum of a normal and an exponential random variable. Z=X+Y. How can I go about doing this?

With the information I have I know the probability density functions are:

I don't mind if I have to use numerical integration but I'm not sure how to set up the integral when there are multiple variables.

You don't explicitly state in your question whether you're prepared to assume independence of the two times, but some things about the way you wrote your question do seem to suggest it. I'm not at all sure that is a reasonable assumption, since if traffic turns bad, the average wait and the average trip will be longer, in both cases because the buses will tend to be delayed.

Nonetheless, I have written the rest of this under the assumption that you intended the question to apply to the situation where they're independent.

The convolution of a normal and an exponential has what is sometimes called an Exponentially modified Gaussian (ExGaussian) distribution.

Some ExGaussians are skewed, others are very nearly normal.

With your particular parameters, the distribution of the sum is not very close to normal. Here's a histogram of simulated values (100,000 of them) for the sum: 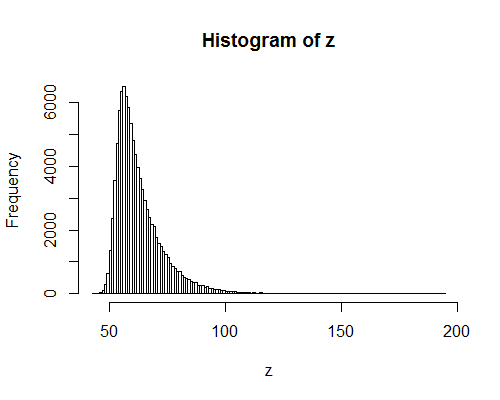 Incidentally, the same simulation above can be used to get a pretty good estimate of the 99th percentile:

A little trial and error with that CDF gives the value 99.34 minutes for the 99th percentile, which seems to be consistent with the simulations (and vice-versa).

(If you allow for even some mild positive dependence between the two times, it's going to go over 100 minutes.)

As indicated above by Glen_b, 99.34 minutes is the 99th percentile.

Below are the density(PDF) and cumulative distribution (CDF) plots and a table of CDF values for the combined distribution. 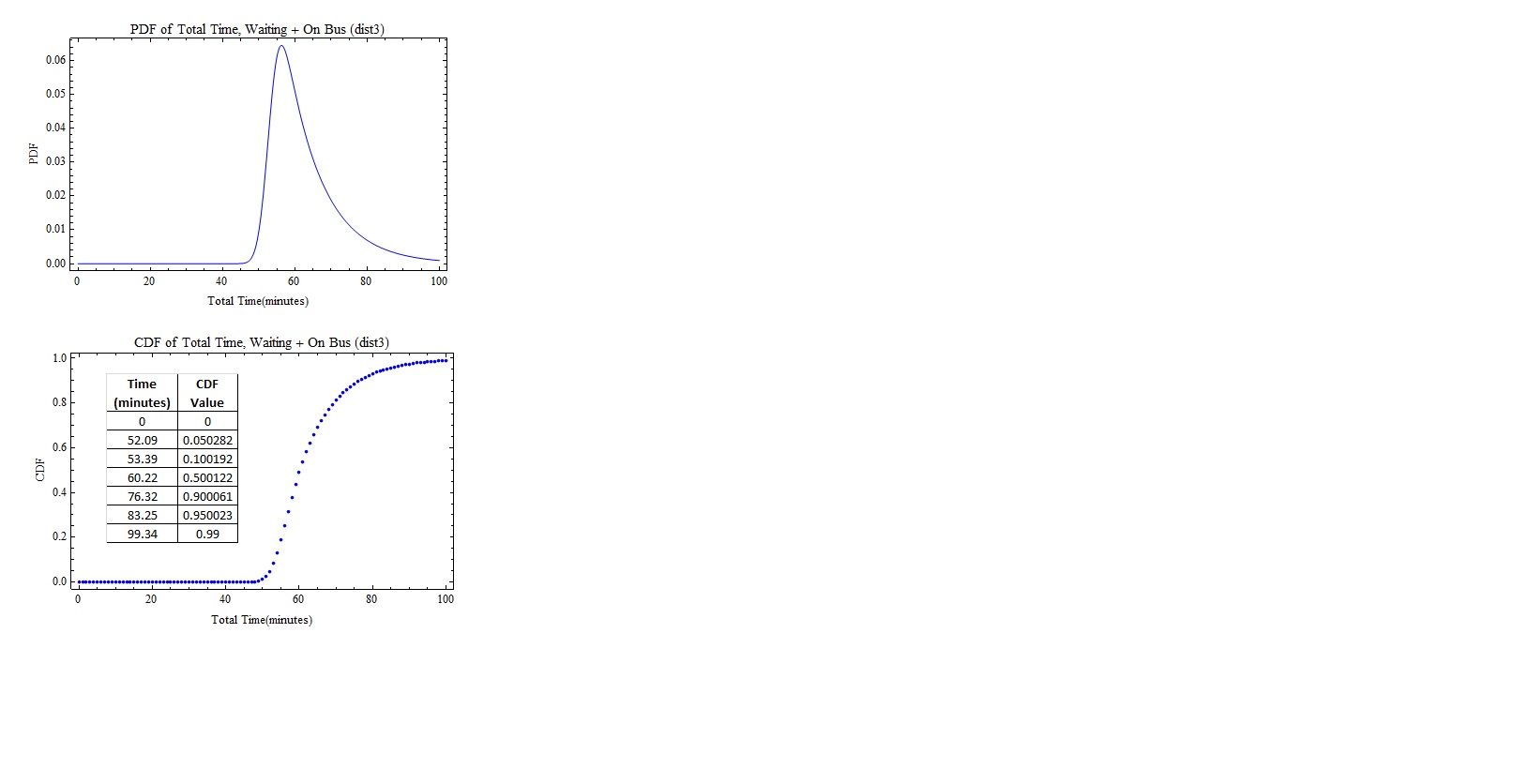