How should one understand Bayes theorem with probability distributions?

I'm learning about VAEs, and need to go this deep to understand them. However, the question is for Bayes theorem with probability distributions. I learnt about Bayes theorem from this video. Excellent explanation, with a simple example. There, are 4 events, a person is librarian ($P(H)$), or not ($P(\lnot H)$), and a person matches the description ($P(E)$), or not ($P(\lnot E)$). We want to know the probability of a person is librarian, given it matches the description. And we're calculating it in a nice visual way. It helps a lot that the probabilities are single numbers.

It is a lot harder to understand this with probability distributions, and I'm having a hard time trying to make up a real world example.

In VAEs $p(z)$, and $q(z|x)$ are both normal probability distributions, and I can't really imagine a real world example similar.

Say example $p(z)$ is the probability of outcomes if two fair dices are rolled as in the picture: 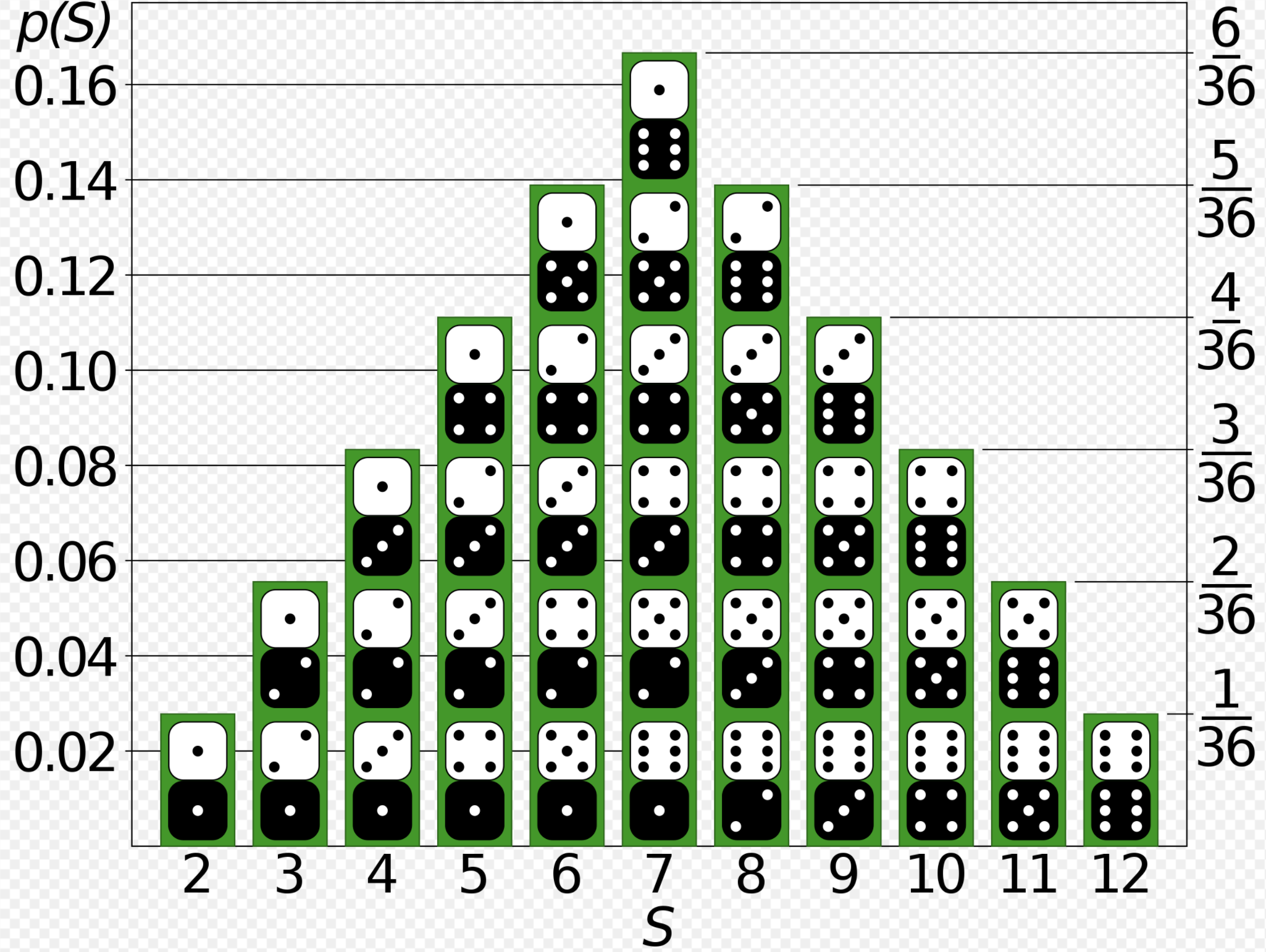 What could $p(x|z)$ could be as a probability distribution? Say $z$ (the value of outcome) is 6, and we're checking the probability of one of the cubes is $x$ (6 possibilities).

Are those correct examples? If not, what could be an understandable, real world example, representing a VAE kind of situation with probabilities?

It is not necessary for $p(z)$ and $q(z|x)$ to be normal distributions in a VAE. We can have discrete VAEs too wherein $z$ are discrete. The distribution you've shown for $z$ is completely valid. It's a multinomial/categorical distribution. However, a mistake in your example is that you take $z$ to be observed (you know the value of the sum $S$ = $z$). In VAEs, $z$ is supposed to be latent/unobserved, and $x$ is observed. So I don't think your example is valid.

The parameters you learn with VAE-style training are 12 $p_{ij}$s for the decoder part. For encoder, you could approximate the posterior with $q_{\phi}(z | x) = Bern(\phi)$.

Effectively, you are gaining two things by modeling the die problem as above.

Another example - data $X$ = heights of students (continuous), and hidden $z$ could be the grades they belong to (discrete).

Check this answer for an understanding of continuous VAEs with a better example. Here, $x$ is an image (discrete pixel data of MNIST digits), and $z$ is continuous. The directions/vectors in z-space could be "italic", "bold" etc. Generative story for a variational auto encoder